One of the most anticipated games of 2022, Elden Ring is FromSoftware’s latest open-world RPG.

And if you’ve ever played any of the developer’s previous hits, like the Dark Souls series, you’ll know that they aren’t fans of the Pause button.

So, can you pause Elden Ring? Not in the classical way like other games, but there is a workaround.

Read on to find out!

Can You Pause Elden Ring?

You can pause Elden Ring by bringing up the Menu Explanation option in your Equipment or Inventory.

Even though it takes a few more extra steps than the traditional pause option in most games, it is still a reliable way to stop the action, except when you're in a Duel or Co-op in a multiplayer session.

Can You Pause Elden Ring on PS4/PS5?

To pause the game on PS4 and PS: 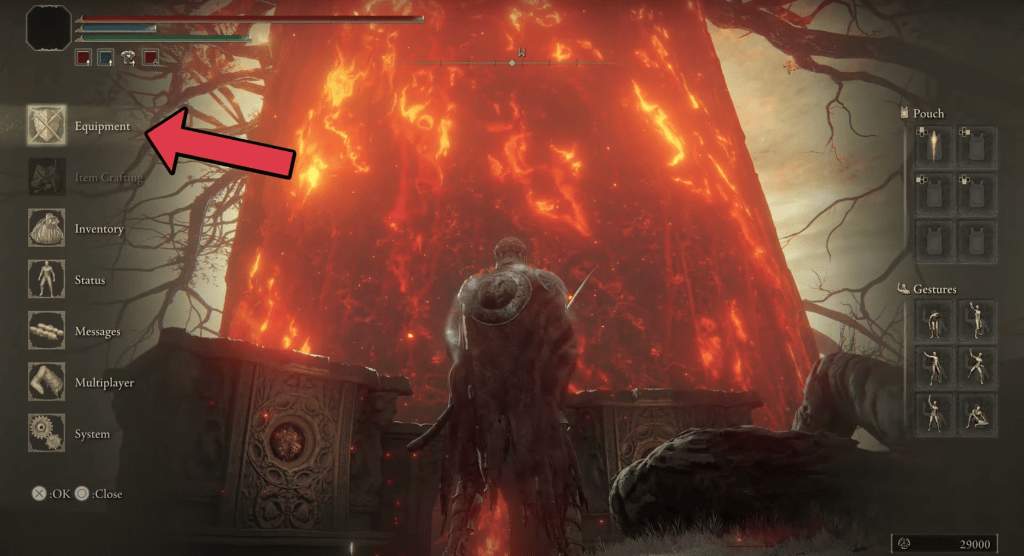 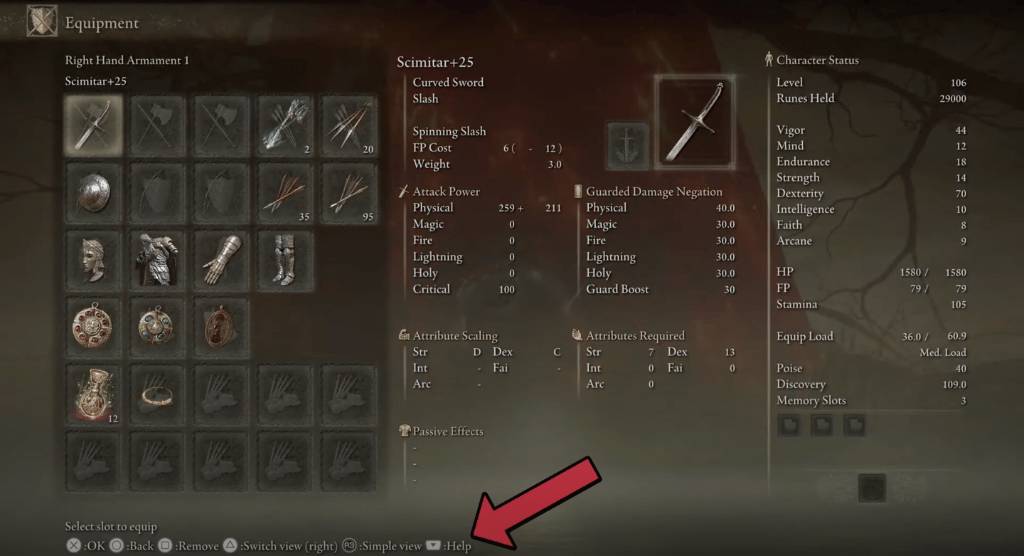 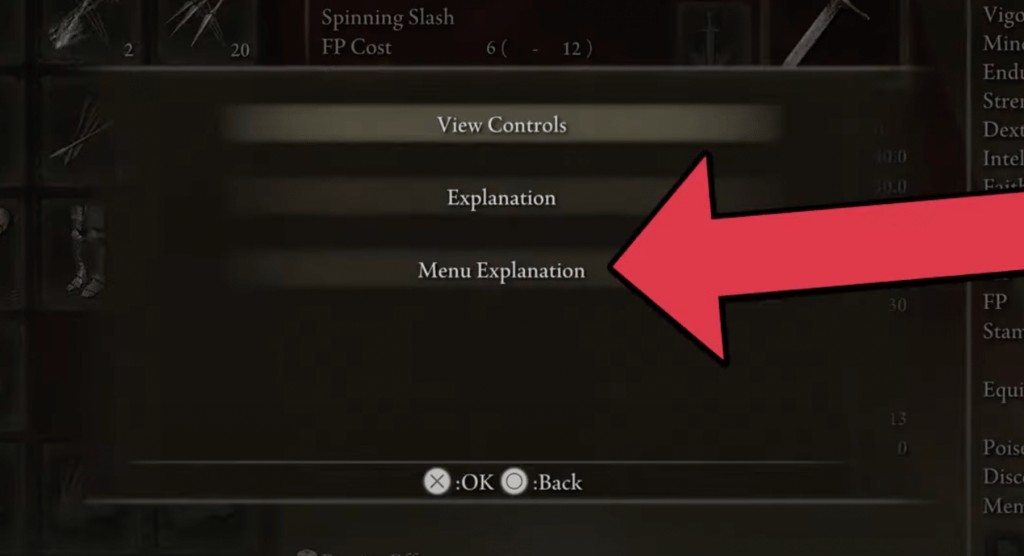 guess what, Elden Ring DOES have a pause button

just open "Menu Explanation" while on the inventory screen

this isn't a meme, it actually works lmao pic.twitter.com/0tNLFaWwC7

Youtuber and community legend, Iron Pineapple posted the workaround for the pause option in Elden Ring.

Can You Pause Elden Ring on PC?

The trick also works on PC.

Here’s how to pause Elden Ring on PC:

Can You Pause Elen Ring on Xbox Consoles?

To pause the game on an Xbox:

This video by user @TreeHouse showcases how the animation stops mid-fight during this pause workaround.

Pausing Elden Ring is also possible in Pause Mod on PC and Rest Mode on PS5, but these methods only work offline.

PC users get an Elden Ring pause button in the Pause the Game mod, which was created by TechieW and can be found on Nexus Mods. You can pause the game in the mode by pressing the “P” key on your keyboard.

This mod doesn’t technically limit you to offline play, but Elden Ring doesn’t take kindly to player modifications, so it’s best to stay offline to avoid a potential ban. Also, make sure you save a backup of your files before you get deep into modding– it would be a shame to lose 50 hours of playing due to a misclick.

If you are playing Elden Ring in offline mode on PS5, there is a simple way to freeze the action; Put your PS5 in standby/rest mode while playing, and it will effectively pause the game.

Rest Mode won’t turn off the console but it will suspend the game and let you return to it later.

Worth noting: Bandai Namco, the publisher of Elden Ring, issued a PSA earlier this year, warning players that if the PS5 turns off while in rest mode, it might not save their progress correctly.

Going to a safe spot, such as a Site of Grace or the Roundtable Hold, will technically pause the game, allowing you to take a breather from the dangerous open world of the Lands Between for a while. 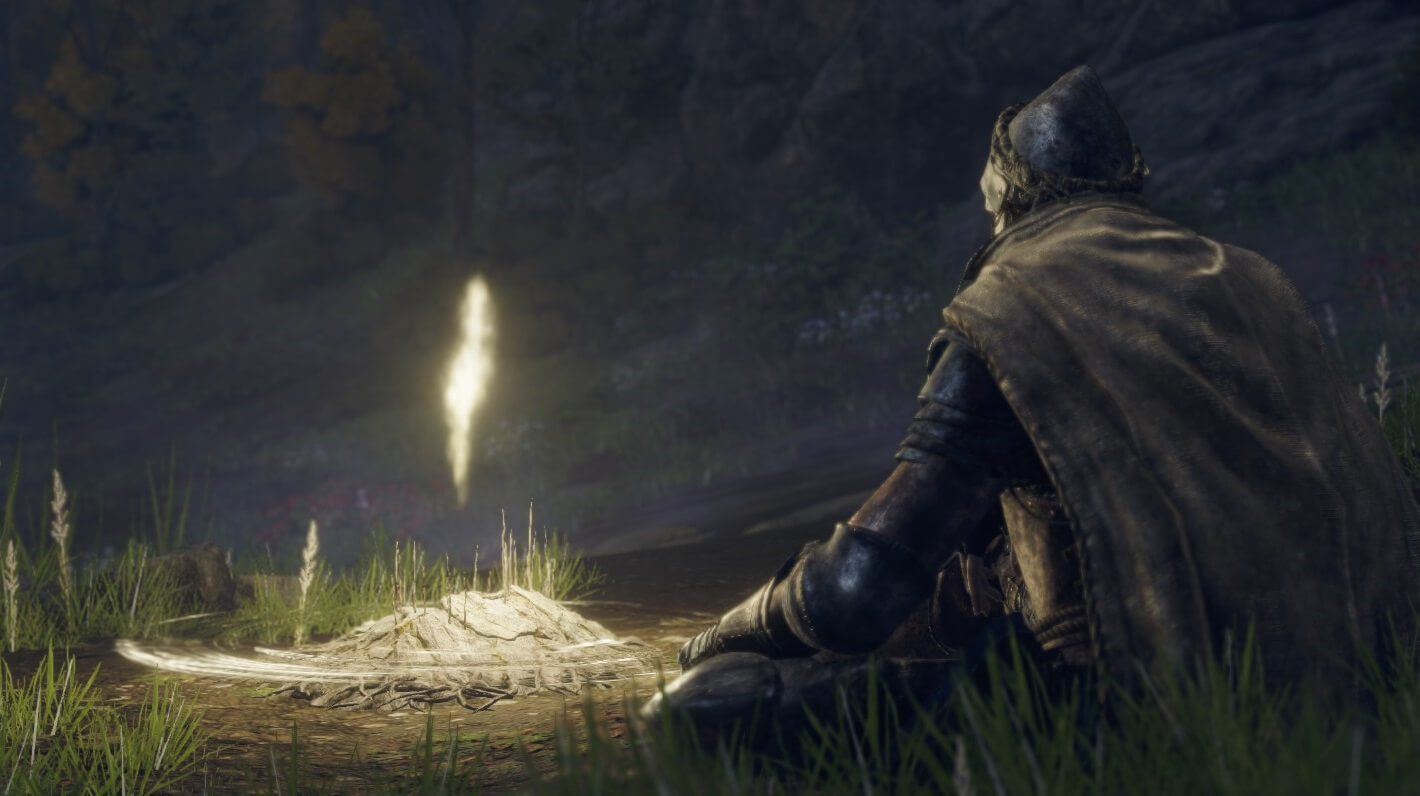 Sites of Grace are safe areas that are randomly scattered throughout the world of Elden Ring.

They serve as checkpoints and save your game progress, which means whenever you die in the game, you will respawn at the last Site of Grace you visited. You can also use a Site of Grace to level up, replenish your health and healing flasks, fast travel, memorize spells in your memory slots, and hide from your enemies. 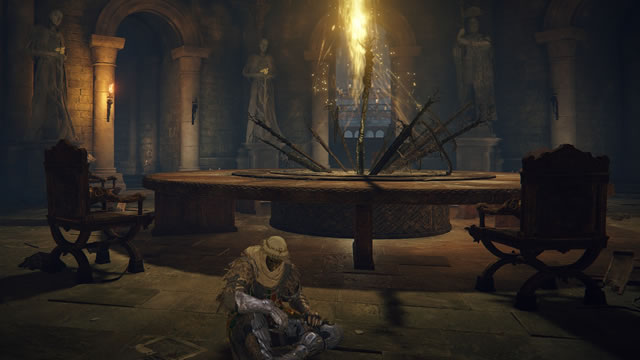 The Roundtable Hold is a hub area in the game that has to be unlocked, but once you have access to it, you can fast-travel there via the map screen.

The Roundtable Hold is a no-combat zone, which you can use to step away from the game or upgrade weapons at Smithing Master Hewg's work station or your Spirit Ashes at Roderika's station.

So, can you pause Elden Ring? Yes, but the method is a bit convoluted. The trick is to go to your Inventory or Equipment menu and open the Menu Explanation through the Help button. It’s a lot of buttons to press if you’re in a fight, but it’s the only way to hard pause the game without quitting.