Can You Upgrade Armor in Elden Ring and What Are The Best Armor Sets?

As you battle your way through the Lands Between, your survival will often depend on the set of armor you are wearing. But can you upgrade armor in Elden Ring?

Sad to say, no, but don’t get disheartened just yet. There are other ways to boost your defensive capabilities, and we will explore them all in this article.

Can You Upgrade Armor in Elden Ring?

Unfortunately, you cannot upgrade armor in Elden Ring. The Armor Sets you acquire throughout the world can only be altered aesthetically, but they will always have the same stats. The only thing that comes closest to upgrading armor in Elden Ring is acquiring more powerful armor sets as you progress through the game.

That being said, the game offers other ways to increase your protection — from equipping different talismans to upgrading your shield.

So let's take a look at the different ways you can improve armor in Elden Ring.

How to Upgrade Armor in Elden Ring?

Although there are no Elden Ring armor upgrades, there are other ways to boost your defense in the game:

Like armor, shields are pieces of protective equipment that are used to negate physical damage to the player and block incoming attacks. While not necessary to play the game, a shield can make defeating bosses and enemies much easier. 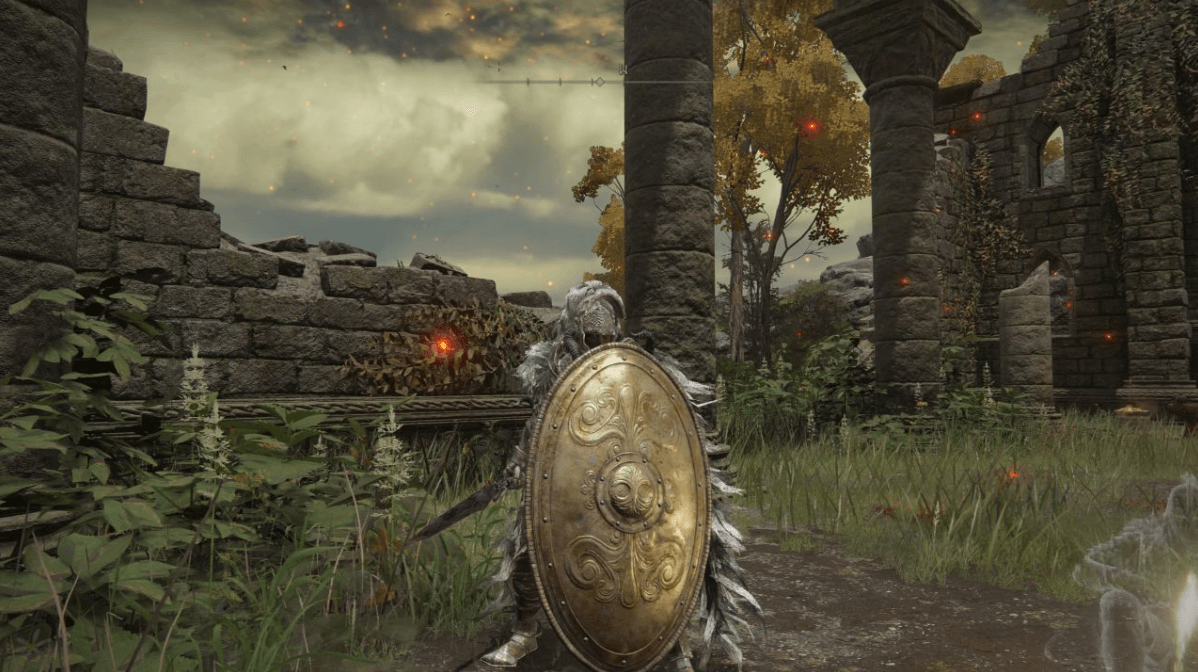 When you upgrade a specific shield, its Guard Boost goes up, which determines how much Stamina is consumed when an attack is blocked.

Simply put, the higher the Guard Boost, the less Stamina is consumed for each enemy attack you block. So, for instance, upgrading the Guard Boost stat to 100 will result in your stamina expenditure going to zero.

This video by reddit user u/JhnNJuiceTTV showcases the power of a 100 Guard Boost Shield.

You can upgrade your shield and other weapons at two locations throughout Elden Ring — at the Church of Elleh and Roundtable Hold. 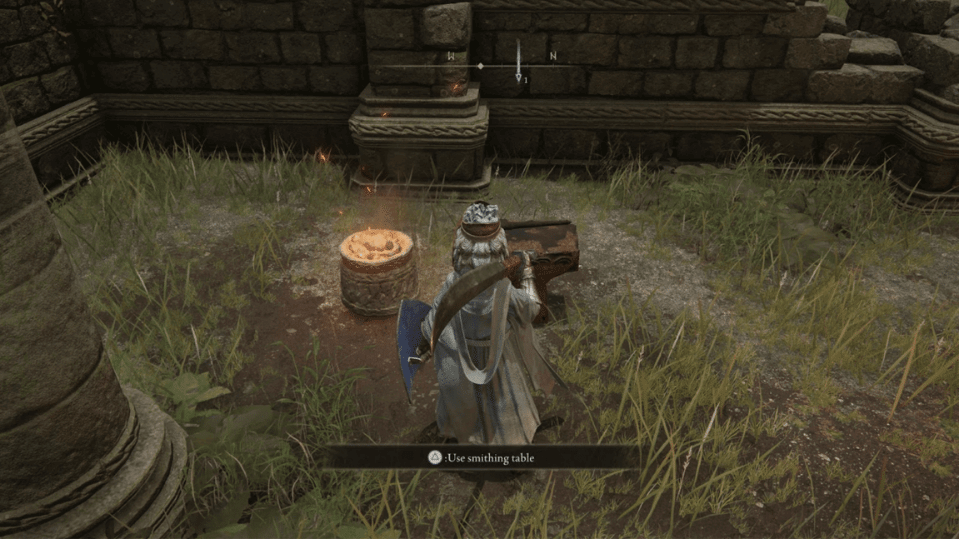 For further upgrades, you must visit Roundtable Hold, a hub area and a place used by players to take a breather and pause. Known as a safe spot where the Tarnished can get away from the hostile world, Roundtable Hold can also be used for upgrading weapons.

Once there, you will need to find Smithing Master Hewg, a blacksmith who can upgrade your shield and other weapons beyond the +3 level all the way up to +25. 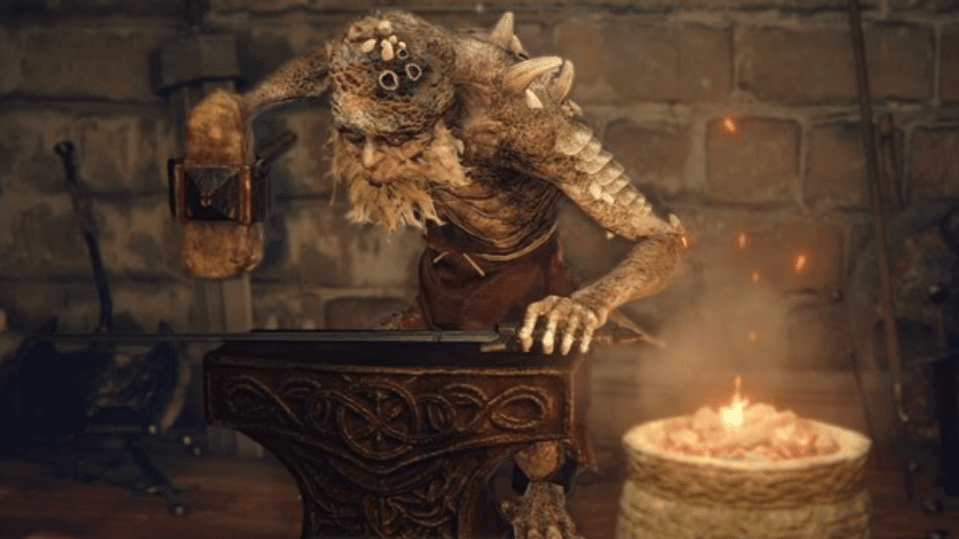 Image credit: eldenring.wiki.fextralife.com | Smithing Master Hewg — a blacksmith that can be found at the Roundtable Hold

Talismans are Elden Ring accessories that give players various special powers. There are numerous ways to acquire talismans. They can be dropped from bosses, purchased from Merchants, looted from chests, or pilfered from corpses.

Although talismans cannot be upgraded, they provide powerful boosts that can help you throughout your journey in the Lands Between, such as increased damage, carrying capacity, and damage negation.

Below, we've broken down some of the best talismans in Elden Ring by damage negation/resistance buffs.

These are only some of the best talismans you can acquire in Elden Ring. You can see a full list of talismans, along with their effect, weight, and location, here.

Is Armor Important in Elden Ring?

A player's choice of armor is very important. Not only does good armor allow you to withstand more damage, but it also provides resistance to various status effects, such as bleed or poison.

For instance, when fighting a boss that deals a particular type of damage, wearing armor that is specifically resistant to that damage type can make a huge difference.

However,  experienced players sometimes opt to go for style over substance when picking out their Armor equipment, a playstyle dubbed as 'Fashion Souls' in the Dark Souls community.

What Passive Buffs do Armors Provide?

Many armor pieces in Elden Ring also come with passive buffs or special effects that are activated simply by being equipped. They boost specific stats and allow you to make the most of your build.

Here are some of the best passive buffs provided by different pieces of armor in Elden Ring.

Here you will find a list of all passives provided by different pieces of armor.

What Categories of Armor Sets Are There?

Armor in Elden Ring comes in many different shapes and sizes. Most notably, there are three types of armor when it comes to weight — light, medium, and heavy. The weight of the armor you equip will directly affect the Equip Load stat.

Equip Load is the total weight of all your equipped gear, including armor, talismans, and armaments. It determines your ability to sprint, move and dodge enemy attacks, more specifically, perform dodge rolls and backsteps.

So, even though heavier armor can provide better protection against attacks, it will do so at the cost of mobility.

Based on Equip Load, there are four thresholds of movement and dodge roll speed in Elden Ring:

You can increase your maximum Equip Load by adding points to the Endurance stat or using different talismans, such as the Arsenal Charm.

Please note: You can respec your character if you feel like you could have leveled up differently, like adding more points in Endurance.

Where to Upgrade Armor in Elden Ring?

There are different ways to acquire armor in Elden Ring. Namely, armor can be purchased from Merchants, dropped after a boss fight, or found in different locations throughout the game.

Merchants are NPCs, that you will find as you progress through the game. You can buy various items from them, including armor, weapons, sorceries or incantations, and consumables. One such NPC is Patches and you can get different items depending on your decision to spare or kill him.

Merchants are spread all over the map and can be found in various different locations — most notably,

Aside from dropping Great Runes and Remembrances, once you've defeated certain bosses, you can visit Enia the Finger Reader in Roundtable Hold, where she'll have the respective bosses' armor pieces ready for purchase.

Armor is also dropped by certain enemies after they are defeated. A good example is the Banished Knight armor, which is dropped by Banished Knights — basic enemies found in various locations throughout Elden Ring.

Armor can also be found randomly in various locations throughout the vast open world. Obtaining armor through exploration can be challenging, as it often involves dangerous trips into dungeons or completing lengthy side quests. However, if you know where to look, you can find some of the best armor in the game this way.

What is The Best Armor in Elden Ring?

With over 559 pieces of armor available in the base game of Elden Ring, you have a lot of options to choose from. This is one of the many reasons why Elden Ring is one of the best games of 2022.

Below, we’ve listed some of the best armor sets in Elden Ring, along with their location.

The Royal Remains Set is located at Roundtable Hold, just outside Gideon Ofnir’s room. It can be obtained after defeating the invasion of Ensha of the Royal Remains.

The Black Knife Set is a heavy armor located in the Consecrated Snowfield. It can be found on a corpse under a pathway just behind Ordina, Liturgical Town.

Lionel’s Set is the armor worn by Lionel the Lionhearted. It is found in Leyndell, Royal Capital, in a building close to the Lower Capital Church grace point.

The Bull-Goat Set is the heaviest armor set in Elden Ring. You can obtain it by defeating its owner — Great Horned Tragoth.

The Spellblade Set is a lightweight set of armor. It is found at Roundtable Hold, where it drops from Sorcerer Rogier.

Blaidd’s Set can be acquired by defeating Blaidd. You can find him in front of the tower at Ranni's Rise. The helmet, Black Wolf Mask, is found separately close to where the three other pieces are obtained.

Radahn's Lion Armor is a heavy and powerful armor that you can purchase from Enia at the Roundtable Hold for 12,000 runes. However, it is only obtainable after the defeat of the Starscourge Radahn boss.

Malenia’s Set is a light armor made of unalloyed gold. It is also purchased from Enia after the defeat of Malenia, Blade of Miquella.

The Cleanrot Set is an armor set found at Swamps of Aeonia. Pieces of the armor drop from Lesser Cleanrot Knights in Caelid, more specifically Aeonia Swamp, War-Dead Catacombs.

So, can you upgrade armor in Elden Ring? No, but you can still boost your defense by equipping shields and talismans and acquiring heavier and more powerful pieces of armor.

So, the lack of armor upgrades in Elden Ring will not make your journey through the Lands Between any less enjoyable.