Free Movie Apps for Your Next Night In

Paid streaming services are usually the go-to place to binge critically acclaimed series, but as platforms like Netflix, Amazon, and Disney+ are looking to increase profitability with rising monthly subscription prices, they’re not always the most budget-friendly option.

Luckily, there are plenty of free movie apps where you can watch a good movie.

Streaming has become so widespread that it is outperforming traditional cable TV, which is in decline year over year.

With advantages outweighing the drawbacks of streaming TV and its increase in popularity, it was only a matter of time before a long list of free streaming apps would become available to the public.

Here are our top 10 picks for free apps to watch movies– all of which are legal and ad-supported. 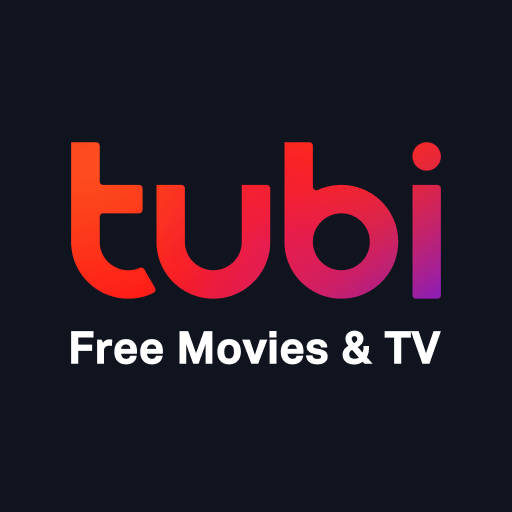 Tubi is a popular app to watch free movies on the web.

Launched in 2014, the platform is owned by Fox, which has managed to amass a large, rotating selection of movies and series from over 250 content providers, including Lionsgate, Paramount, and MGM.

Titles are being added and removed on a monthly basis, but the streamer estimates that there are around 40,000 titles available to stream Tubi movies for free at any time.

In addition to on-demand streaming, the platform offers live channels (Read more on streaming TV here) and you don’t have to make an account to watch them.

If you choose to do so, you can make one for free and get access to some extra features like a watchlist.

Popcornflix is a completely free video streaming site that offers TV content and around 2,000 movies in several categories – the most popular of which are action titles.

Many of the entries on the site fall into the category of guilty pleasures and knock-offs of mainstream properties like Almighty Thor and Atlantic Rim but there is something for everyone on the site.

Like other free movie streaming apps, Popcornflix is available on most devices, including Apple TV and Roku, and you can also watch in a web browser. This doesn’t require visitors to create an account to access the content available on the site and lets them search for content by type, title, and category.

If you're looking for new movies for free and exclusive content, Peacock might be the right choice.

The subscription service is owned and operated by NBCUniversal, which means it’s loaded with plenty of NBC content, including movies, original programming, and content from NBC-owned networks such as Syfy, Bravo, and E.

Unlike paid services like Hulu and Netflix, Peacock is one of the TV apps for movies that has a free tier with thousands of hours of films, news, TV shows, and original content – but you will need to create an account to watch.

With the free version come ads and you won’t get to watch every episode of the original series available, but you’ll still get access to about half of the full 80,000-hour library, which is decent for a free service.

Crackle is an ad-supported streaming service that has been around since 2004.

The app is 100% free, offering all of its content at no cost, and doesn’t require users to set up an account, though doing so will allow you to save favorites, resume playback when switching between devices, and get recommendations, making it the best movie app choice for most people.

As one of the most popular apps to watch free movies, Crackle offers more than 300 different shows, including older releases such as The Partridge Family, Alf, and Sherlock.

The app is also a good option for those who like to watch old movies online for free – there are movie selections dating back to the 1940s, including Sophie’s Choice and The Girl With the Dragon Tattoo.

Anime fans are spoiled for choice when it comes to streaming sites with Crunchyroll's massive audience of over 120 million registered users.

The site boasts a massive library with more than 1,300 series and many simulcast shows.

Shows on the site break down into anime and dramas, with top titles including Death Note, Fullmetal Alchemist: Brotherhood, and FLCL.

Although it has a paid tier that will allow you to watch ad-free, all Cryncyroll fans offer exclusive access to VRV shows and Funimation and they all support 1080p streaming– which is more than what most streaming sites have to offer.

On top of that, you can watch Crunchyroll content on almost any device, including your PS console.

What makes Pluto TV stand out from the abundance of free movies apps available online is that it offers both on-demand movie streaming and live channels.

On the site, you can find more than 250 live and linear channels, including Minecraft TV, BBC Food, Star Trek, and CBS News. Since Pluto TV is owned by Paramount, you can also watch episodes of Survivor and South Park.

The live channels are sorted into different categories, including sports, comedy, reality, and movies, and if you’re not in the mood for programs in progress, you can easily switch to the on-demand tab and watch any of the thousand options, arranged in browsable categories.

Vudu is the streaming video site that offers a selection of comprehensive mainstream entertainment, where you can watch HD movies for free, from popular blockbusters to a few anime titles.

The streaming service offers both a free library alongside paid rentals and purchases.

Although paying for titles on the site will give you access to the latest titles, the ad-supported library, which lets you stream new movies for free, is a compelling option, offering more than 10,000 movies.

The library also changes from time to time as the site adds more content.

Vudu makes it easy to find the free content, with a Free link at the top of the page, and browse content by title, popularity, and genre.

Although the service initially focused on movies, it now has TV shows too. Popular titles include Desperate Housewives, MacGyver, Judy Justice, as well as all eleven seasons of The X-Files.

The site is easy to navigate and you can search for content by title, genre, or cast member.

Plex's free streaming service started with a modest selection of ad-supported content, most of which were movie titles.

The platform now offers thousands of TV shows and movies for free online from Crackle too, including Kitchen Nightmares, Heis, and Unsolved Mysteries, which movie fans can search by genre or title and find special collections.

Plex also offers live TV channels like Hallmark and AMC and has niche streams for certain series like The Carol Burnett Show. The amount of TV that you can find on the platforms is limited, but it’s still better than most free apps.

The app doesn’t require setting up an account, but if you do, you can create playlists and resume from where you left off.

Roku Channel is a TV streaming service specifically designed for users of the company’s streaming device to watch any movie  for free.

The platform offers a channel guide that includes a selection of on-demand content, as well as access to more than 300 live channels.

The live TV is limited to lifestyle channels and live news, but the on-demand content library has a lot more to offer. The titles range from reality TV, like Hoarders, to Roku Originals, and popular series like Downton Abbey, House, and 2 Broke Girls.

You can even find anime and crime shows on the platform.

There’s also a solid array of classic movies, such as The Curious Case of Benjamin Button, and a dedicated kids section.

If you can’t access some of the free streaming services from our list, then they’re likely not available in your location. Platforms like Tubi TV, Peacock, and Popcornflix limit access to their site to US users only, due to licensing regulations.

This means that you may not be able to watch the free movies with ads that they offer from elsewhere.

Even though some of these sites have imposed geo-restrictions, there is a way to bypass them by using a VPN.

VPNs encrypt and route traffic through secure servers, which essentially gives users a different IP address that makes them appear as if they’re accessing the site from another location.

Some of the best streaming VPN services for 2022 include Surfshark and Private Internet Access, with the latter boasting over 25,000 servers.

With streaming rising in popularity, there’s a growing list of free alternatives to popular paid platforms, such as Netflix and Disney+.

Although sites like Flixtor are a viable option, if you’re looking for something that’s more reliable, streaming sites like Tubi TV, Popcornflix, and Freevee are the obvious choice.

These are ad-supported platforms that are legal and free, some of which offer live channels and original programming, in addition to on-demand content.

Tubi TV is the best app to watch movies for free. It has excellent ratings, a sizable library of movies, TV shows, and live channels, as well as plenty of categories to choose from.

Where can I watch free full movies?

Simona’s desire to be a content writer came pretty randomly. But now, she’s dedicated to learning everything about technology and becoming the best at her job. Her favorite gadget is her iPhone, so she has all the know-how about it. She’s currently pursuing a Bachelor’s degree in English Philology. She is a dog person and dreams of having a Corgi (don’t we all?). She likes to cook, read books, and spend time with her family and friends.