How Long Did It Take To Make Elden Ring? [Development and Release]

Elden Ring, the latest title of FromSoftware, is among the top games of the year in the US when it comes to sales. It has undoubtedly taken the world by storm, but the journey to success wasn’t so easy.

If you’re wondering how long did it take to make Elden Ring, read on to find out all about it — the development phases and their timeline.

How Long Did It Take To Develop Elden Ring?

The plain answer is — pretty long. The more precise one — nearly five years. Starting at the tail-end of 2016 and finally releasing on February 25th of 2022.

Hidetaka Miyazaki created this masterpiece as an open-world game intended to be a mechanical evolution of Dark Souls. In an interview, he told Sam Wilkinson of Bandai Namco Entertainment (the company that published the game) that Elden Ring’s development time began just after Dark Souls III’s completion. That puts the first phase of development sometime towards the end of 2016.

Below is the timeline, including leaks and both official and unofficial dates.

The main themes were his and George R.R. Martin’s inspiration. The writer has created a detailed history of The Lands Between, and FromSoftware's narrative is a natural extension of that mythos.

Years in the making, ELDEN RING was released last week, and has been taking the gaming world by storm....https://t.co/ANCmJ3V3sQ pic.twitter.com/VMyeXOlN31

That’s when the second and third delays for Elden Ring happened.

The first date was delayed due to COVID-19 and insufficient marketing time. They probably wanted to give the game a month or two. The third delay was done in a very short amount of time again due to disruptions caused by the pandemic.

There was another delay at the start of the year for an additional month. Then, on February 25, 2022, the game finally saw the light of day. The reason for the final fourth delay was extra work on the game design, particularly on game tempo, to keep players from getting bored.

The final result was spectacular, becoming  FromSoftware's best-selling game ever. And how much did Elden Ring make? The publisher Bandai Namco has announced that it has sold 16.6 million copies worldwide. That has contributed to increasing the overall sales figures by 55% totaling 40.5 billion yen for the company.

What Were the Precursors of Elden Ring?

Elden Ring is Miyazaki's and FromSoftware's magnum opus, the biggest and most ambitious game they have created. But before that, came a genre-defining decade of games that inspired Elden Ring to become what it is today.

And the game that started it all is Demon's Souls. 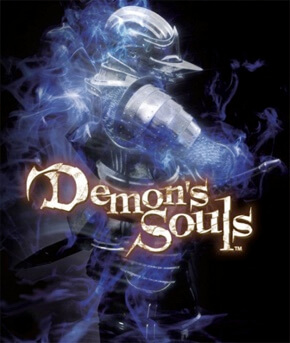 "On the first day, man was granted a soul, and with it, clarity. On the second day, upon Earth was planted an irrevocable poison; a soul-devouring Demon."

This dark fantasy action RPG was a way back to basic and classic titles on modern gaming consoles, contrary to contemporaries at the time. This bold take on action RPGs is what made the game genre-defining.

Unfortunately, the game had a looming sense of failure due to its difficulty and early reception which led Sony to the decision not to publish the game outside of Japan. However, after approximately three years of development, it was released in 2009.

The game became popular in North America by word of mouth with an audience of gamers who liked the environmental storytelling of a ruined world, the challenging combat that provided a sense of accomplishment and addictive gameplay. 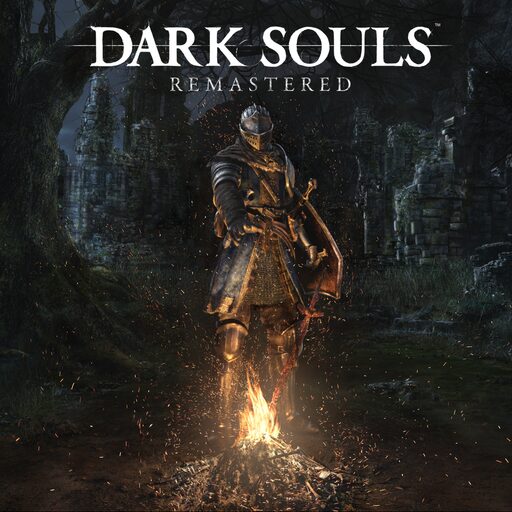 "...Thus began the Age of Fire. But soon the flames will fade and only Dark will remain."

Due to the success of Demon's Souls, after two and a half years (in 2011), FromSoftware and Bandai Namco developed a game that was a progression and a path to attract a larger audience. Dark Souls didn’t have hidden areas and levels, but the land of Lordran could be traveled without hitting a loading screen.

The level design and interconnectedness of the world is unmatched and it paved the way for the truly open world in Elden Ring today. 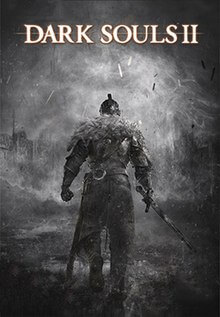 This sequel to the original Dark Souls was a critical and commercial success. It took two years to develop, and it was released in 2014. Afterward followed a remastered version of the original game called Dark Souls II: Scholar of the First Sin and its DLCs.

Dark Souls II introduced the Power stance and the respec mechanic to the Soulsborne series, both of which are present in Elden Ring. 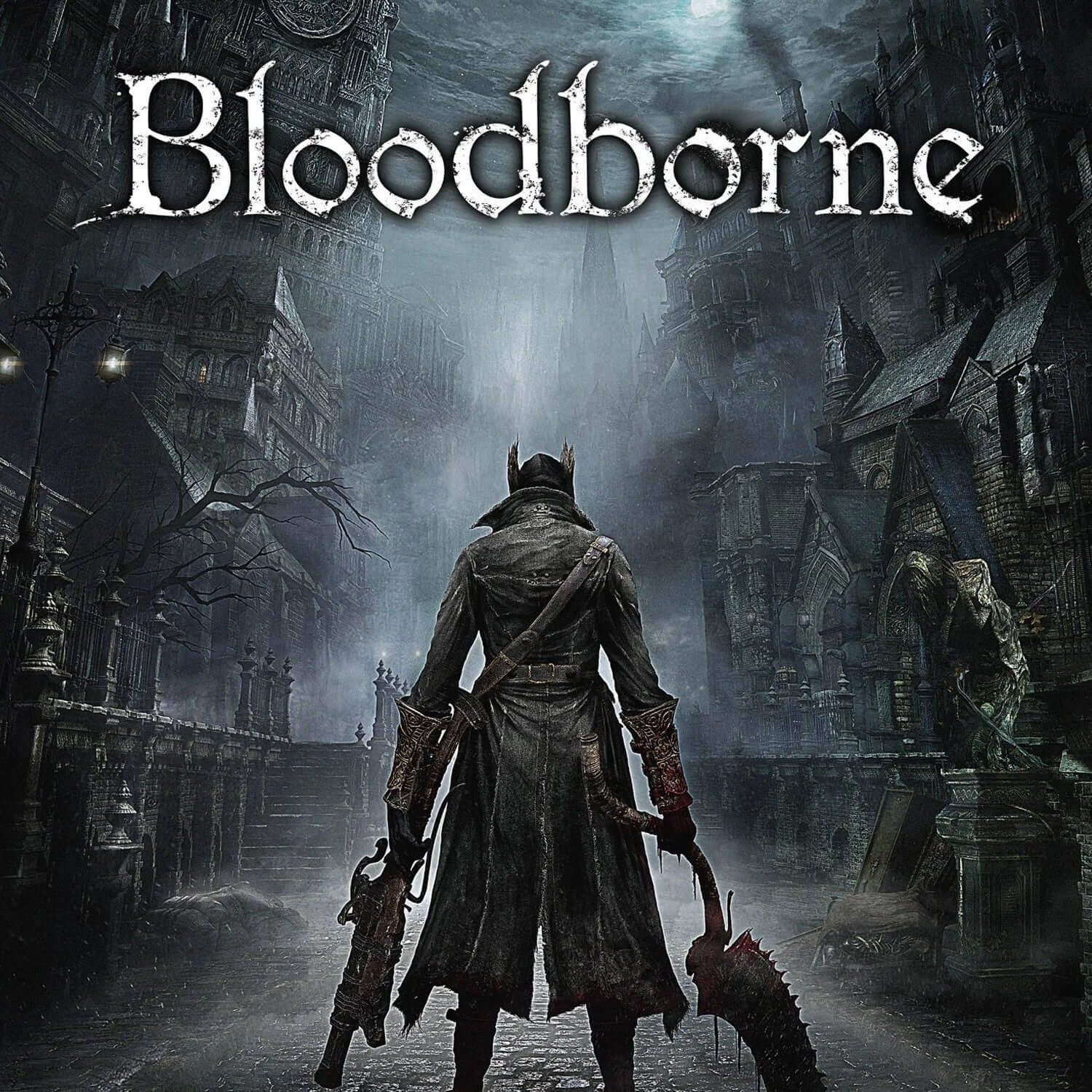 "Yharnam is the home of blood ministration. You need only unravel its mystery. But, where's an outsider like yourself to begin?"

It’s the title whose development went parallel to that of Dark Souls II. It was released in 2015 as a PlayStation exclusiveand is the only game in the Soulsborne series that was not directed by Miyazaki.

A part of Bloodborne’s design is intentionally different from previous titles but has similar stat systems and combat mechanisms. Some consider it a Souls game with a Victorian setting and more horror elements. Nevertheless, it was very popular, and gamers who preferred linear experiences chose to play it.

The game leads you through different areas according to your point in the story. Elden Ring, though very similar to Bloodborne, is a game with a different narrative that lets you explore its world in any way you wish.

"Yes, indeed. It is called Lothric, where the transitory lands of the Lords of Cinder converge."

The third installment in the Dark Souls series was released in 2016, but its development started three years before.

Unlike the previous title in the series, Dark Souls III has less maps overall but they are larger, more detailed and require a greater amount of exploration. However, certain paths are restricted unlike the truly open world of Elden Ring.

Dark Souls III introduced a new mechanic for the series called Skills which are Weapon Arts that provide each weapon with a special attacks at the cost of Focus Points. Elden Ring expanded on this idea with the Ashes of War which is one way of upgrading weapons. 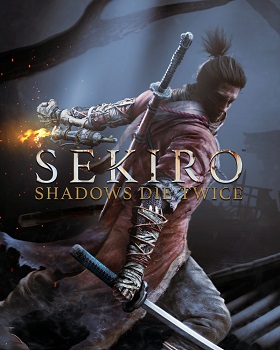 "On that day, a young cub was taken from the battlefield. He trained relentlessly and indeed, went on to become a master shinobi."

The game is set in Sengoku-era Japan with a fantasy spin and has a more straightforward storytelling than the Soulsborne series.

The development of this title started towards the end of 2015, and it was released in 2019 as a sidestep from the Soulsborne series with reimagined combat system of parry and deflect that make it more of a rhythm game with no RPG elements.

These new combat changes result from Miyazaki and his team’s attempt to create a game for a single-player experience, making it the only game in the list with no multiplayer or co-op features. But even though Sekiro is not part of the Soulsborne series, it is definitely a Soulslike game.

Sekiro is the first game in the list that doesn't have weapon durability mechanic where your weapons degrade due to use and Elden Ring followed suit in this regard.

And although Sekiro is the first game in the list to feature a traditional pause mechanic where you can open the menu and the game pauses, Elden Ring has a workaround.

So how long did it take to make Elden Ring?

Four years, nine months, and quite a bumpy ride. Is it too long for a game of this quality? According to gamers, it certainly felt like it took forever, considering it was one of the most anticipated games of 2022. But, turns out, it was definitely worth the wait.

And if any of these titles sparked an interest in you and your preferred platform is PC, make sure to follow the Steam sale events since FromSoftware games go on sale quite often.