How Many Bots Are in a Fortnite Lobby?

You recently got into Fortnite, but your matches have proven quite easy, so you wonder: “Does Fortnite have bots”?

The short answer is: yes. But there’s a very good reason for their presence, especially when you are first starting off.

Learn how and why they are used in Fortnite below!

Are There Bots in Fortnite?

If you see a player behaving unusually in Fortnite, like running backward or shooting at you from a huge distance, you are most likely dealing with an AI opponent.

In general, new players encounter them more often so they can master the basics of the game—a rule of thumb that stands true across most popular battle royale games, including Fortnite, PUBG, and the latest Call of Duty entry: Modern Warfare II.

These automated bot players (short for ‘robot’) are typically found in the game’s non-competitive modes, and their secondary purpose is to fill out the half-empty lobbies to their maximum capacity since most players play other competitive modes. 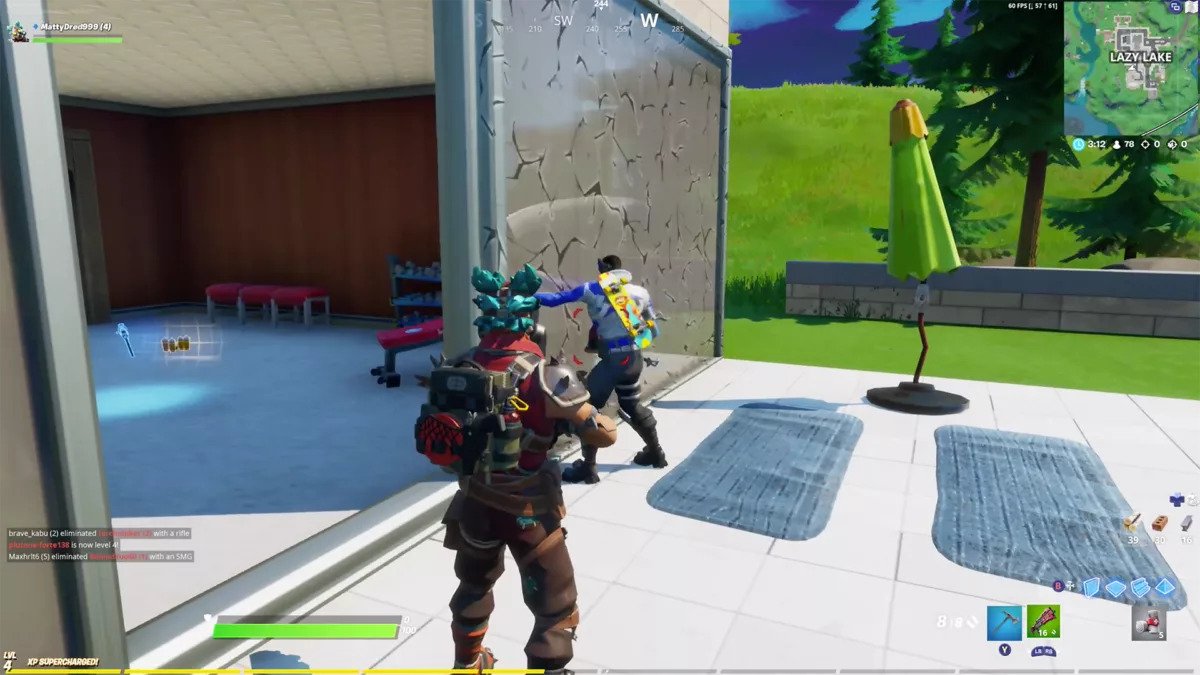 source: theglobalgaming.com—pictured above is a bot player facing a wall

Fortnite saw bots introduced for the first time in Chapter 2: Season 1, along with skill-based matchmaking—a new mechanic that separates players into several groups based on their skill level. Considering this change, lobbies for new players could not be filled with enough real players, so AI allies and opponents had to replace them.

How Many Bots Are in a Fortnite Lobby?

The number of bots required for a full lobby decreases as you increase your game performance since you start meeting more and more similarly-skilled real players.

That said, it’s not uncommon to start your journey in lobbies where you may encounter over 90 AI opponents (in 100-player lobbies), but that number should drop significantly as you increase your playtime and game knowledge.

While there’s no way to be certain how many bots you are facing in any given match, anecdotal evidence suggests that once you start getting your bearings after three to four games, you should start seeing an increasing number of human players.

However, if you have not mastered the game’s mechanics, you may encounter over 70 bots per match even after some time. On the other hand, public lobbies may include anywhere between 15 to 25 bots as they include players with diverse skill levels.

To stop playing against bots entirely, join Fortnite’s Arena mode, which puts players up against real players with the goal of climbing the competitive leaderboard. Other than that, you will not find any in-game setting to get rid of them.

Note: You can easily figure out which players are bots by joining the Fortnite match as a spectator or watching a recording afterward.

How Do You Tell if a Fortnite Player Is a Bot?

At first sight, bots look like regular players, but they still display some traits and behave in a specific way that allows you to easily tell them apart from real players:

In addition to the above telltale signs, AI players also wear specific outfits, back cosmetics, and harvesting tools as seen in the current bots list:

While some of you may find the Fortnite bot players a disappointing addition, you have to remember that they are a necessary addition to prepare newbie players for competitive matches against human players. In any case, you will see their number go down as you level up and start playing Fortnite’s competitive modes like Arena and Team Rumble.

Why are there so many bots in Fortnite?

The main reason the devs introduced bots is to help new players improve their skill level and prepare them to face off against real players.

When do you stop playing bots in Fortnite?

While not directly stated by Epic Games, based on anecdotal evidence, you will stop encountering bots by level 10 or when you win several matches against them.

Is Fortnite all bots?

Does Fortnite have bots? Yes, it does. But, the more you play and improve your skills and ranking, the number of bots you encounter decreases. That said, you may encounter lobbies full of bots when playing your very first Fortnite matches.