How Many IoT Devices Are There?

Internet of things (IoT) emerged as a concept about 20 years ago and is now making headlines around the world. Everyone talks about connectivity, smart devices, real-time data extraction, and that’s why we continue our IoT series here on TechJury.

1. With 1.3 billion projected subscriptions by 2023, IoT is about to experience another boost by the 5G technology

IoT is everywhere. It surrounds us from the moment we get out of bed to the second we go back home. We are talking about lots and lots of gadgets, machines, buildings, and more, that connect to the web.

How many IoT devices are there, you ask? Well, to answer this, we must first look at what an IoT device is.

Connected devices have been around for decades. A PC is a connected machine, but it is not an IoT device. Simply put, an IoT device is something that has an internet connection, even though it usually shouldn’t.

Your smart boiler is an IoT device. You talk to it using an app on your smartphone. You tell it to heat water so you can take a shower when you get back home.

There are about 7 billion internet-connected devices according to data from IoT Analytics. Their number is set to explode in the following years as internet consumption rises and new gadgets and machinery hit the market. However, IoT will also be integral to civil and industrial infrastructure. It includes devices in every aspect of life.

The smart devices you see every day are a tiny part of IoT. The whole segment is set to shoot up in the next few years. If you want a more detailed figure, think of 21,500,000,000: this will be the number of IoT devices by 2025.

Most of those machines will not be in your home. They will be in factories, shops, hospitals, schools – you name it. According to Intel, the global market for IoT technology will reach $6.2 trillion by 2025. Businesses and manufacturing will account for 40% of that. Another 30% will come from healthcare, which will rely heavily on IoT.

A Wide Variety of IoT

It shouldn’t come as a surprise that the number of devices connected to the internet is so high. But what types of IoT devices are there?

All these devices are part of the smart home concept, whose purpose is to make your life easier and more efficient while saving electricity.

It is also the most visible part of IoT as we interact with it every day. No matter where you live, expect the number of connected devices in your home to grow.

Pumps, carts, industrial washing machines: everything that used to be off the grid is now becoming internet connected. IoT devices are powering a shift in many segments of the economy.

They work faster and smarter. They save time and energy, reduce costs and lower the risk of human error. With so many advantages there’s no wonder intelligent industrial machinery is on top of the IoT trends.

Smart buildings, anyone? How about highways that monitor the traffic and create electricity on their own? IoT infrastructure is already happening and will be a factor in economic growth for years to come. Powered by many sensors that gather real-time data about the environment, IoT infrastructure will be at the heart of almost every industry.

Not to mention urban life. Highly populated areas will become more and more dependent on data and IoT infrastructure. This, in turn, will undeniably fuel IoT growth.

This category includes vehicles, ships, aircraft and all sorts of machines used for moving cargo from one place to another. IoT simplifies the process of managing a company’s fleet. It also lowers operational costs and can increase profits.

Making every asset that moves more efficient is hard work. That’s why the IoT management market is set to reach $16.86 billion by 2025, according to Grand View Research. So if you’re making your own IoT predictions, don’t forget to include internet-connected fleets.

Marketplaces can be more efficient when you adopt the power of data. IoT aids the exchange of goods at any physical location: may it be a shopping center, a warehouse or even a farm.

A deal becomes sweeter when you cut off the intermediary as it lowers the price. In like manner, connected devices enhance trade by removing inefficiency. Therefore, if you’re planning your own retail project, you should ask yourself “How many IoT devices are there in my growth strategy?”

You can group IoT devices based on the type of connection they require. For example, gadgets that need a lot of range and bandwidth will have cellular or satellite connection.

If a device transmits small amounts of data, the best option is to have a LPWAN or LoRaWAN connection. These technologies offer less bandwidth, but they make up for it in terms of energy efficiency.

Manufacturers can also choose between WiFi, Bluetooth, and Ethernet. These standards provide more bandwidth, but at the cost of shorter range.

Consider this: the number of connected devices in 2019 is more than two times the size of the world population. Almost all IoT machines have some security issue. It is a tremendous problem, and no one knows how to deal with it.

Hackers can easily breach a smart device and spy on the owners. They can get into industrial control systems, manipulate production lines, shut down factories, even cause shipwrecks.

Prospects are scary. There are real-world examples of hackers shutting down electrical grids and leaving hundreds of thousands of people without electricity.

A simple hack can turn your child’s smart toy into a spying device. Internet-connected medical devices can be compromised and lead to someone’s death.

The number of devices connected to the internet is going up, and you can expect more and more machinery to be online. As the stakes get higher, the pressure to solve this problem will rise as well.

It’s your problem too, by the way. Users are not in the habit of updating their smart devices’ software. For example, a stunning 60% of all Americans have never updated their routers’ firmware, according to Bitdefender.

Most cyber attacks happen because of weak credentials or out-of-date firmware. Make sure you have your bases covered.

The Future is Connected

We cannot evade the technological revolution. Connectivity brings far too many benefits to neglect. Therefore, it will soon become something as natural as electricity or tap water.

Just think of how many IoT devices there are already. You’ve got fitness trackers sending data to smartphones. Or sensors measuring air pollution in real-time. And cars that run with the help of an app.

The number of IoT devices in 2020 is nothing compared to what the future holds. Connectivity opens up a world of new possibilities, while introducing new risks as well. To the critics, I say – that’s how it always is. Change has always been about managing the risk, while enjoying the freedom it has to offer. 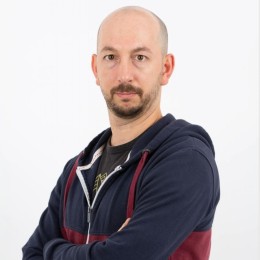 Nick G.
A fan of servers, networks, and web hosting, I unplug from the Web only when the temptation for a cold one is too strong to bear.

What Is IoT And The Era of Interconnectedness