How Many Pokemon Are There?

Pokémon is one of those franchises you can’t grow out of.

Introduced in 1996, the highest-grossing anime franchise has spawned numerous video and trading card games, anime series, live-action films, and manga. It’s funny to think that it all started with an 8-bit Game Boy title.

Since then, more and more “pocket monsters” have captured the hearts of their fans.

So, how many Pokémon are there?

Let’s find out together!

How Many Pokémon Are There?

So far, fans have enjoyed 905 Pokémon, according to the National Pokedex. However, the first RPGs in the franchise, Scarlet and Violet, are coming out this year. So far, 16 new species have been revealed in short teasers and glimpses.

That brings the current number up to 921, but there’s a potential to reach 1000.

Pokémon are generally challenging to count, as numerous versions of the same monster exist. It all depends on the region, Mega Evolution, Gigantamax form, and other factors.

Furthermore, the species are also divided into generations. Each introduces a new region, game title, and often a console change. Here’s more about that!

Total Number of Pokémon by Generations

Over the years, there have been eight generations, each brimming with innovation.

The ninth one is coming out on November 18, 2022, promising a lot of excitement for the fans.

But, let’s take a trip down memory lane to look at all the previous games.

That is the one that started it all in 1996. It encompasses the Game Boy classics: Red, Green, Blue, and Yellow Versions. It’s set in the Kanto region with the original 151 species.

As you can see, the number of Pokémon has significantly grown since!

Players used to start their adventure by picking among Bulbasaur, Charmander, and Squirtle, and they remain fan favorites to this day. Other iconic Pokémon from this period include Pikachu, Mewtwo, Mew, Jigglypuff, and Eevee. 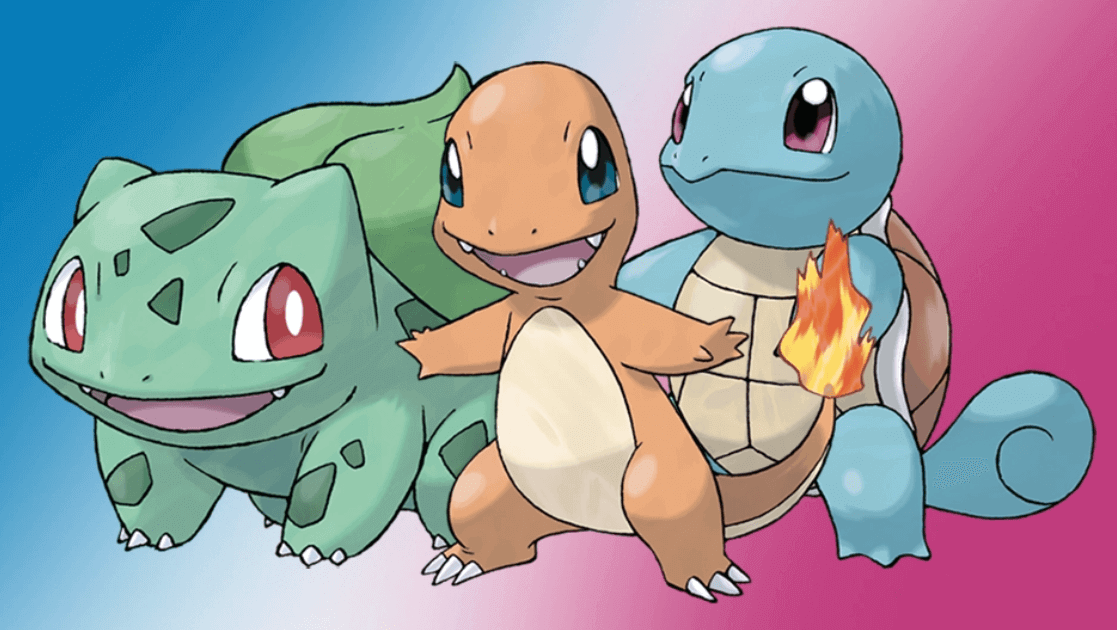 The second generation went bigger and better. Pokémon Gold and Silver Versions came out in 1999 for Game Boy Color. They introduced the Johto region, 100 more monsters, and two new types: Dark and Steel.

The starter Pokémon choice at the time was Chikorita, Cyndaquil, or Totodile. Other memorable representatives are Pichu, Togepi, Espeon, Umbreon, Lugia, and Ho-Oh. 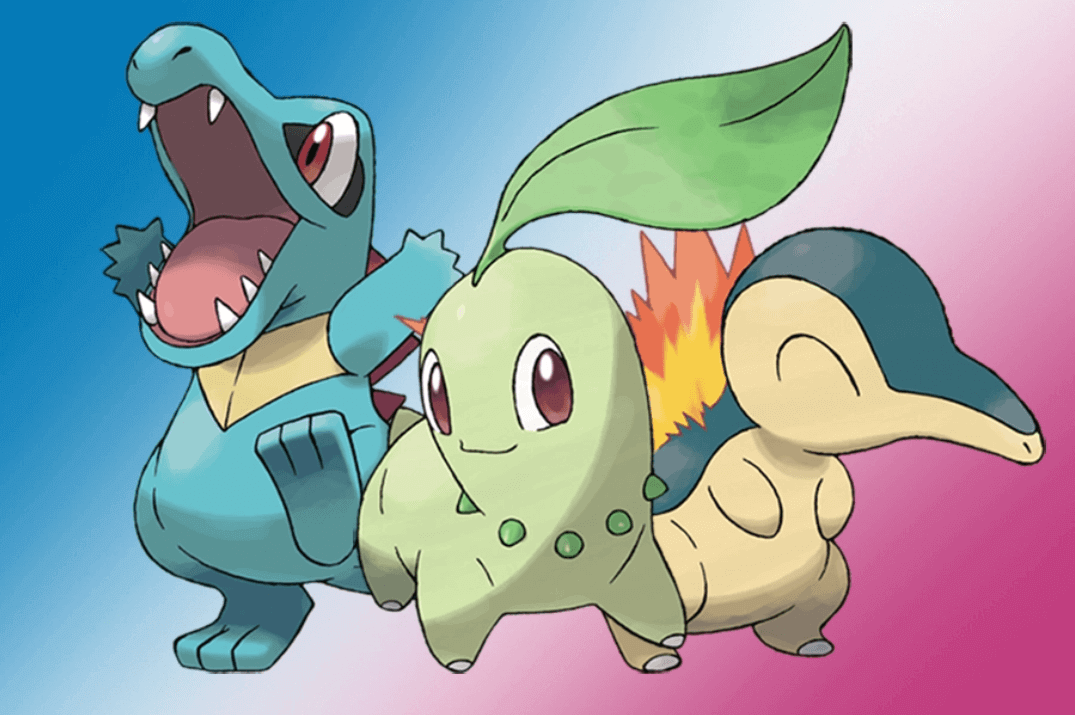 At this point, the fans demanded even more — and the game delivered. The Pokémon count increased by 135, including eight new Legendaries!

The Ruby and Sapphire Versions came out in 2002 for Game Boy Advance. The third generation was set in the Hoenn region and featured many more dual-type species than the previous two.

Treecko, Torchic, and Mudkip were the starter Pokémon available at the beginning of the games. 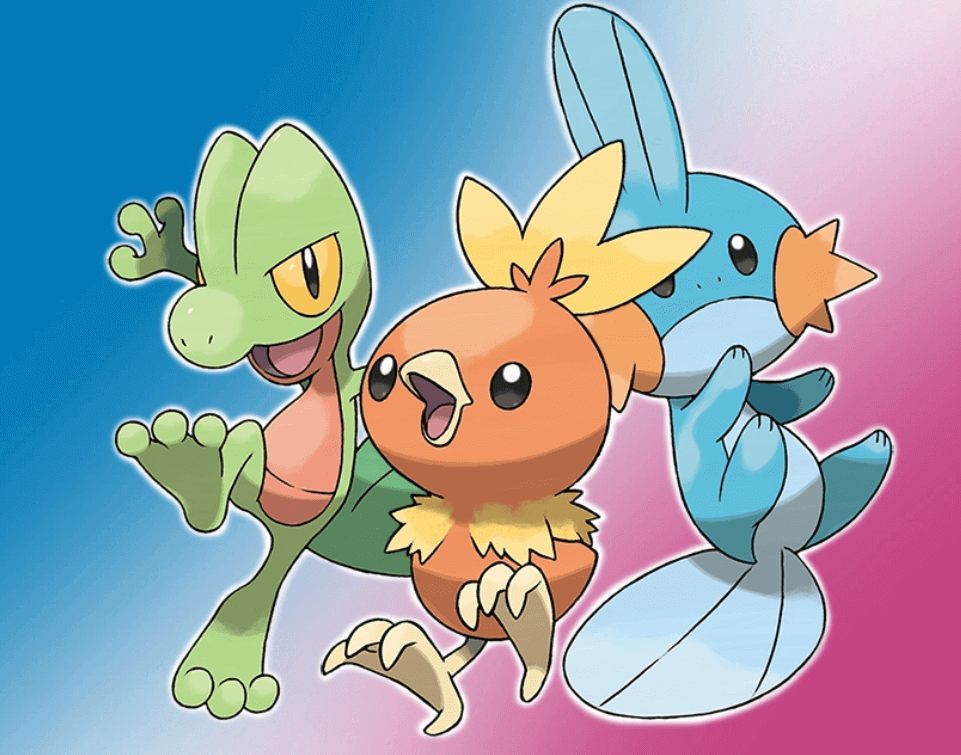 The highly successful fourth generation came out in 2006. It encompasses the best-selling Diamond and Pearl Versions released for Nintendo DS.

They freshened things up with the new Sinnoh region and 107 Pokémon additions.

The starters were Turtwig, Chimchar, and Piplup. Additionally, the fans adored Lucario, Arceus, Bidoof, and the new Eeveelutions. 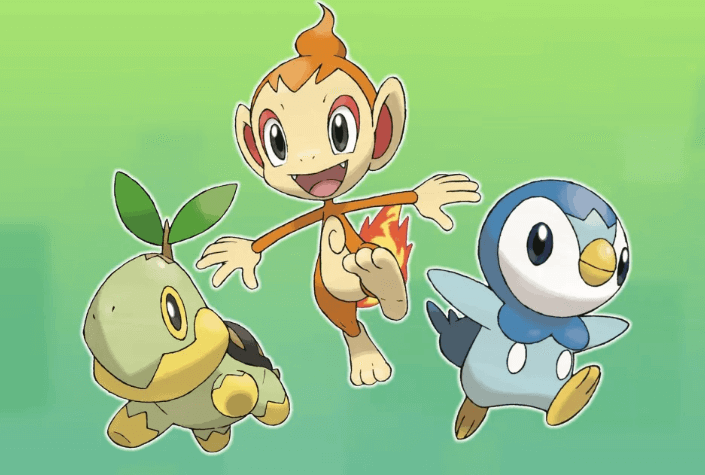 The Black and White Versions, released in 2010, brought the most significant increase in the total Pokémon number so far. It featured 156 new species!

Additionally, it had a big change in setting. The new region, Unova, was influenced by the look of New York, while Japan was the inspiration for the old ones.

The games offered the choice of Snivy, Tepig, or Oshawott for a starting Pokémon. It also introduced some really cool monsters, like Zoroark, Zekrom, and Reshiram. 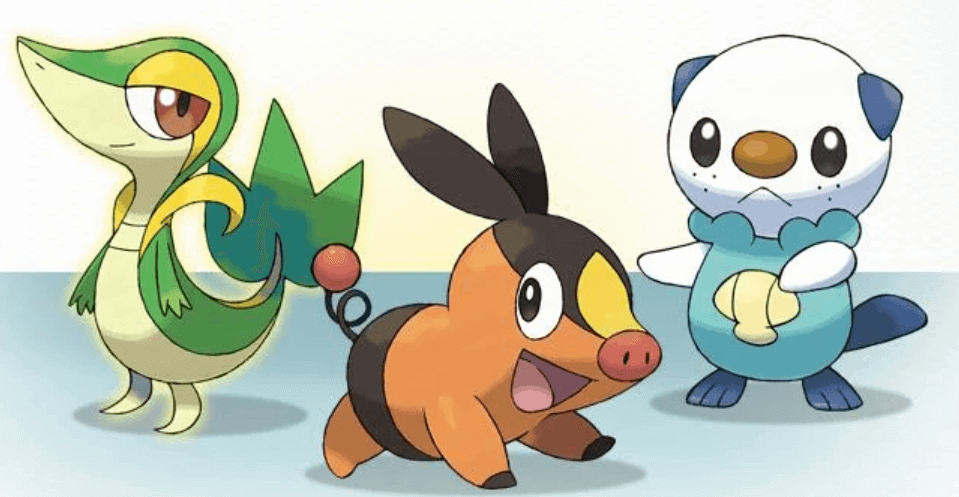 Generation VI switched to a newer console — Nintendo 3DS. The X and Y Versions that came out in 2013 were based in the Kalos region. It was heavily inspired by France, so it brought a whole new feel to the game.

Despite all these changes, it featured relatively few new monsters — 72. However, some different Pokémon types, such as Fairy, were introduced.

At the start of the games, you had to choose either Chespin, Fennekin, or Froakie.

The seventh generation focused on innovation. Pokémon Sun and Moon Versions from 2016 were set in Alola, a fictionalized version of Hawaii.

The games introduced regional forms with different markings and abilities. They also mark the first appearance of Ultra Beasts — the special extradimensional species.

Additionally, 88 new Pokémon came to be, with Rowlet, Litten, and Popplio as starters. The fans also fell in love with Mimikyu, Pikipek, and Cutiefly. 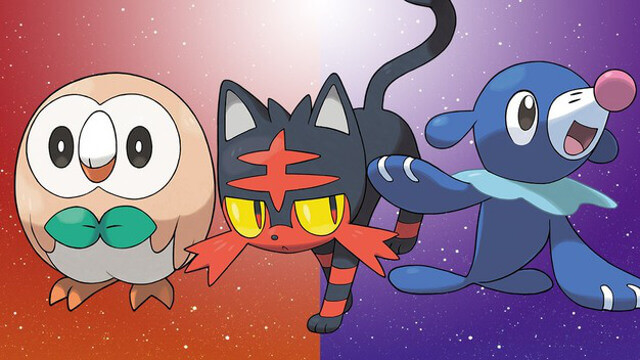 The last generation increased the Pokémon count by 96. The Sword and Shield Versions that came out in 2019 featured 89 new monsters. A few years later, one of the most anticipated games in 2022, Pokémon Legends: Arceus added seven more.

However, this time they were introduced via game patches. Additionally, the new Galar region switched things up with its UK-inspired features.

The starter Pokémon were Grookey, Scorbunny, and Sobble. 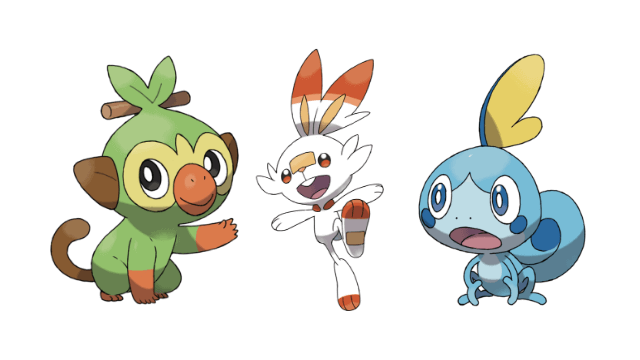 Now you have a pretty good overview of the franchise’s development over the years.

But let’s see what is going on in Pokémon Go!

How Many Pokémon Are There in Pokémon Go?

Pokémon Go’s game data has the same amount of monsters as the National Pokedex — 905. It hasn’t introduced any new ones.

However, you can’t catch ‘em all yet.

As of now, about 730 Pokémon are available. Luckily, the AR game is still very much alive (with over 150 million active users) and regularly updated with new species every month.

You can hunt down most of your favorites from previous generations and all regions mentioned above, plus Hisui. The Pokémon missing are mainly from the most recent generations.

So, how many Pokémon are there, really?

Strictly speaking, there are 905 Pokémon, but if we count the teasers for Generation IX, the number goes up to 921.

The new game will likely introduce us to many more monsters that will rightfully earn their place in our hearts and pockets.