How to Setup a VPN on Android [Beginner-Friendly Guide]

Since May 2012, Android has been the world’s leading mobile operating system. But the Google-controlled OS still falls behind its Apple counterpart on the cybersecurity and privacy fronts.

That’s why Android users tend to gravitate toward virtual private networks (VPNs). To help safeguard your identity while connected to the internet, it’s a must to learn how to set up a VPN on Android.

Keep reading to master the basics, know how to use a VPN on Android without being tech-savvy, and discover the top providers you should consider.

What Is a VPN?

A VPN allows you to use the internet more securely and more anonymously. It can achieve these goals by combining two concepts: tunneling and encryption.

Tunneling is a process of encapsulating data with other data. It makes it harder for snoops, like your internet service provider, to see what you’re doing online.

Encryption is a process of rendering data unreadable, so much so that the text becomes unintelligible to malicious threat actors and other unwanted parties. This way, only the intended recipient gets to see the message in its original form.

Together, tunneling and encryption serve as a two-layer defense that can safeguard your sensitive data from anyone capable of accessing it.

How To Set Up a VPN on Android?

Of all the good VPNs we’ve tested, we picked VeePN because its user interface exemplifies the classic VPN design. If you’re familiar with VeePN’s installation procedure, you’ll know the process of setting up a VPN on Android from any other provider.

How To Use a VPN on Android?

VPNs are rarely one-dimensional. Here are a few pointers on how to change VPN servers and how to enable some useful features.

Unless the default country option happens to be the one you need, click the Locations button to pick a different one.

The Locations screen shows the selection of countries and regions where VeePN has servers. This mobile VPN provider arranges its options in alphabetical order. 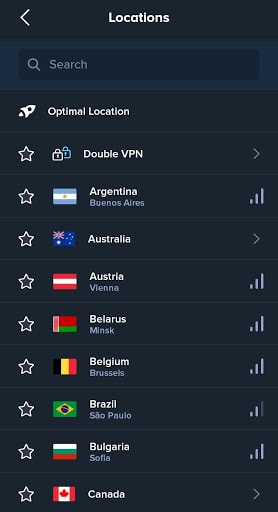 In places with VPN servers in multiple localities, you can choose by city. Each option comes with a speed indication at a given time. 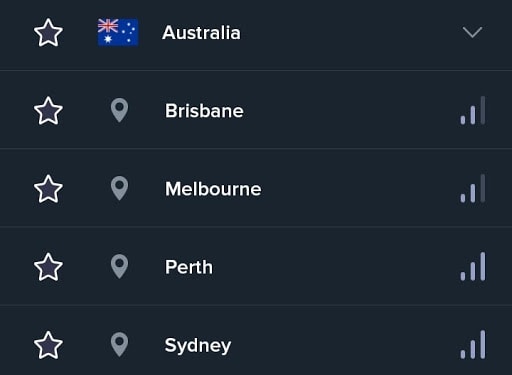 Click the star icon next to your favorite server locations to bookmark them at the top of the Locations screen. 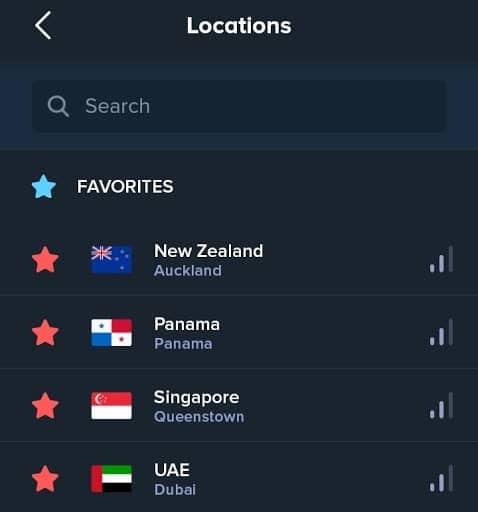 Stick to the Optimal Location

VeePN recommends the city with the fastest VPN server for Android at the moment. It’s the default location you’ll find when you installed its app for the first time.

However, this Android VPN client shows the last server you used instead of making the fastest available connection. But you can simply click Optimal Location on the server list to instantly connect to the one with the most promising performance. 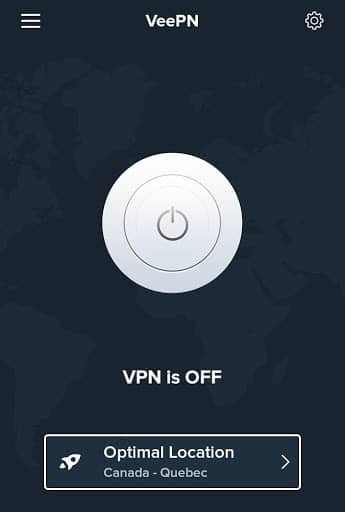 Go to Settings to see the list of all the mobile VPN protocols VeePN supports. The app is set on Automatic by default, so you don’t need to rack your brain to get started. 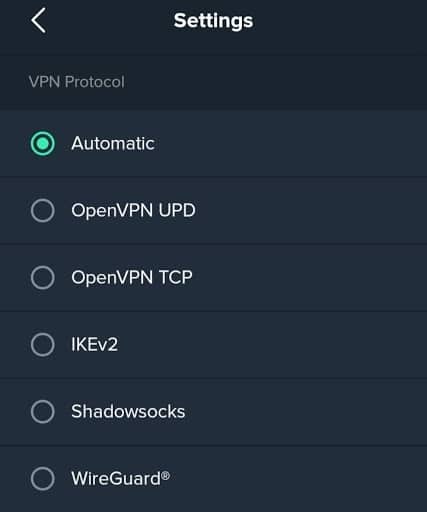 A protocol is a set of instructions a VPN provider follows to deliver its service. No protocol is perfect, but most specialize in a specific area. Some are known for connection speed or stability, while others are trusted for stellar encryption.

Other than the above tunneling protocols, VeePN supports Double VPN. It’s a combination of two protocols designed to encrypt internet traffic data twice by transmitting it through a pair of VPN servers in different locations.

The list of Double VPN server pairs is on the Locations screen too. 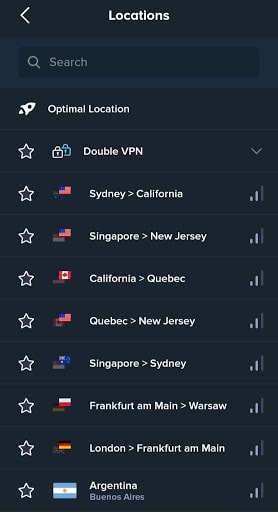 Kill switch is a safety feature that interrupts your device’s internet connection when your VPN is down. VeePN has this disabled by default.

To enable VeePN’s kill switch, go to Settings. Then, toggle it on to ensure that your device’s internet traffic data only passes through a secure VPN tunnel and won’t get leaked out when the connection of your paid or free VPN for Android fails. 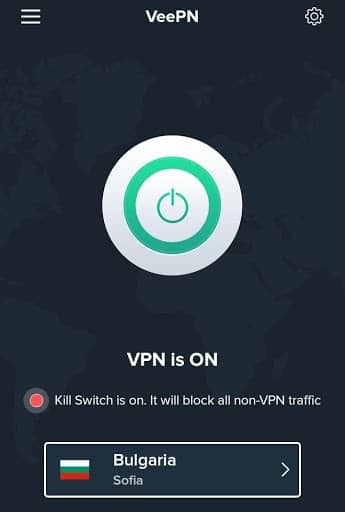 Split tunneling is a useful feature that enables you to include or exclude certain apps saved on your device from your paid or free VPN for Android.

In other words, you can choose not to send all of your traffic data through an encrypted VPN tunnel. Some apps can directly connect to the internet to avoid compromising speed.

To include or exclude apps from VeePN’s Android VPN client, go to Settings. 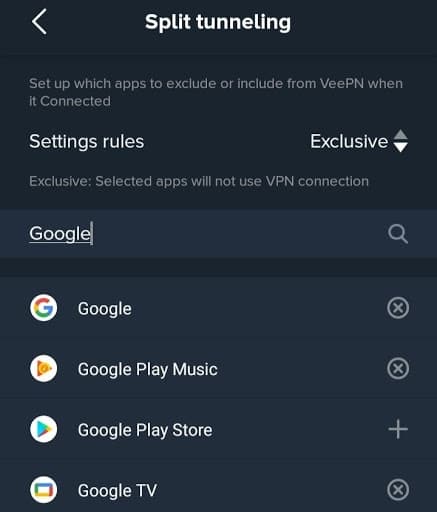 It’s not uncommon for a VPN for cell phones and tablets to appeal to international users. Although English is the default language, you can choose from 12 others in the Language menu under Settings in VeePN. 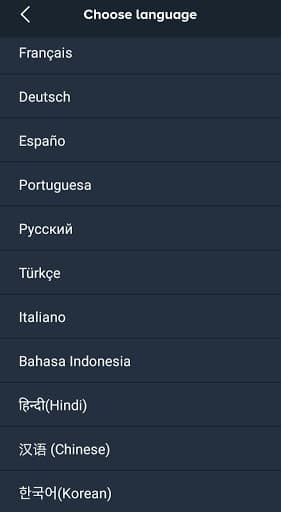 What Are the Best VPNs for Android?

Now that you know how to set up a VPN on Android, it’s time to narrow down your options. Out of the 27 VPNs we’ve reviewed so far, these are our favorites.

With a network of 25,000 VPN servers spread across at least 99 cities in 77 countries, PIA is in an excellent position to deliver reliable performance wherever you want to connect.

It allows up to ten simultaneous connections, so it’s a good option if you have a small household with multiple Android-powered electronics.

In addition to the kill switch and split tunneling, PIA supports MACE for Android, a memory-efficient ad, and a malware blocker. Besides reducing mobile battery drain, MACE requires no browser extension, so it’s easy to deploy.

Although Windscribe only has a server fleet of 157 in 62 nations, its VPN mobile app for Android puts a premium on privacy.

TunnelBear is a cross-platform VPN, but Android users can benefit from desirable features unavailable to iPhone fanatics.

VigilantBear (TunnelBear’s version of kill switch), split tunneling, and GhostBear (a mechanism for bypassing geo-restrictions) are some distinct functionalities that stand out.

HMA has engineered a VPN for Android versions Pie to Marshmallow. It also supports kill switch and split tunneling, which are missing in its iteration for iOS.

You can get up to five simultaneous connections as an individual plan subscriber. It also gives you access to elegant capabilities like IP Shuffle, which automatically changes your IP address at your chosen interval to confuse trackers.

CyberGhost sets itself apart from many VPNs by supporting both Android mobile devices and TVs. It has a sizable server network of 6,500 with dedicated infrastructure for streaming and torrenting.

As you can see, learning how to set up a VPN on Android and how to use a VPN on Android isn’t as complicated as it may sound. But the real challenge is choosing the right provider out of dozens of companies.

Take the time to find out and understand the pros and cons of every VPN. It’s the only way to determine which service makes the most sense for your Android devices and online activities.

How do I create a VPN connection?

Simply download a VPN that supports your operating system. Once installed, you can encrypt your internet traffic data through a VPN tunnel with one click. Usually, VPN setup is straightforward on personal computers, tablets, and smartphones. Routers, smart TVs, and other pieces of hardware may require manual configuration.

Does Android have a built-in VPN?

Yes, Android does have a built-in VPN client. However, there are four main reasons why you may be better off with a third-party VPN app instead.

How does a VPN work on Android?

It works just like how it would on any other operating system. One thing you may notice, however, is the greater number of features that you can access. This is usually the case because many VPN developers tend to provide Android users with more capabilities than iPhone owners.

Which free VPN is best for Android?

Windscribe is the best free VPN for an Android phone. Windscribe provides free 2GB of data and can increase the cap to 10GB per month with a confirmed email address. You can unlock most locations with a premium subscription, but you can access many servers in North America and Europe at no cost. To learn how to set up a VPN on Android in less than five minutes, read our full article.

How to Bookmark on iPhone [Step-by-Step Guide]