If you got your hands on a Great Rune in the Lands Between, you have to opportunity to

significantly improve your gameplay – but only if you know how to make the most of it.

Here’s how to use Great Runes in Elden Ring, what they are, and how you can find them.

What Are Great Runes and Where Can You Find Them?

In Elden Ring, Great Runes are items dropped by shardbearer bosses – alongside Remembrances– upon their death.

Each Great Rune comes with a different set of buffs and abilities, but only after you activate it.

Since FromSoftware, the developer of Elden Ring, has a reputation for making players work for their in-game success, it’s only reasonable that you can’t get a Great Rune from any boss– you’ll need to kill a specific shardbearer boss to obtain the item.

Here’s where to find Great Runes in Elden Ring, what abilities and buffs they offer, and where to restore them (more on that below):

**When Mogh's Great Rune is triggered, any Ashen Spirit Summon that kills an enemy in your character’s vicinity grants you restored health, essentially transferring all of their lifesteal to your character. The rune also boosts the summons’ damage when they trigger the Bleed status and gives invaders (other players) a special consumable called the Phantom Great Rune that grants all NPCs near the invader the Blessing of Blood.

How to Use Great Runes

Elden Ring players can use Great Runes after they restore them, equip them, and consume a Rune Arc to get their effects.

The first thing you should take after picking up a Great Rune in Elden Ring is to activate it. This can only be done in a Divine Tower, specifically, the Tower in the same region where you obtained it. 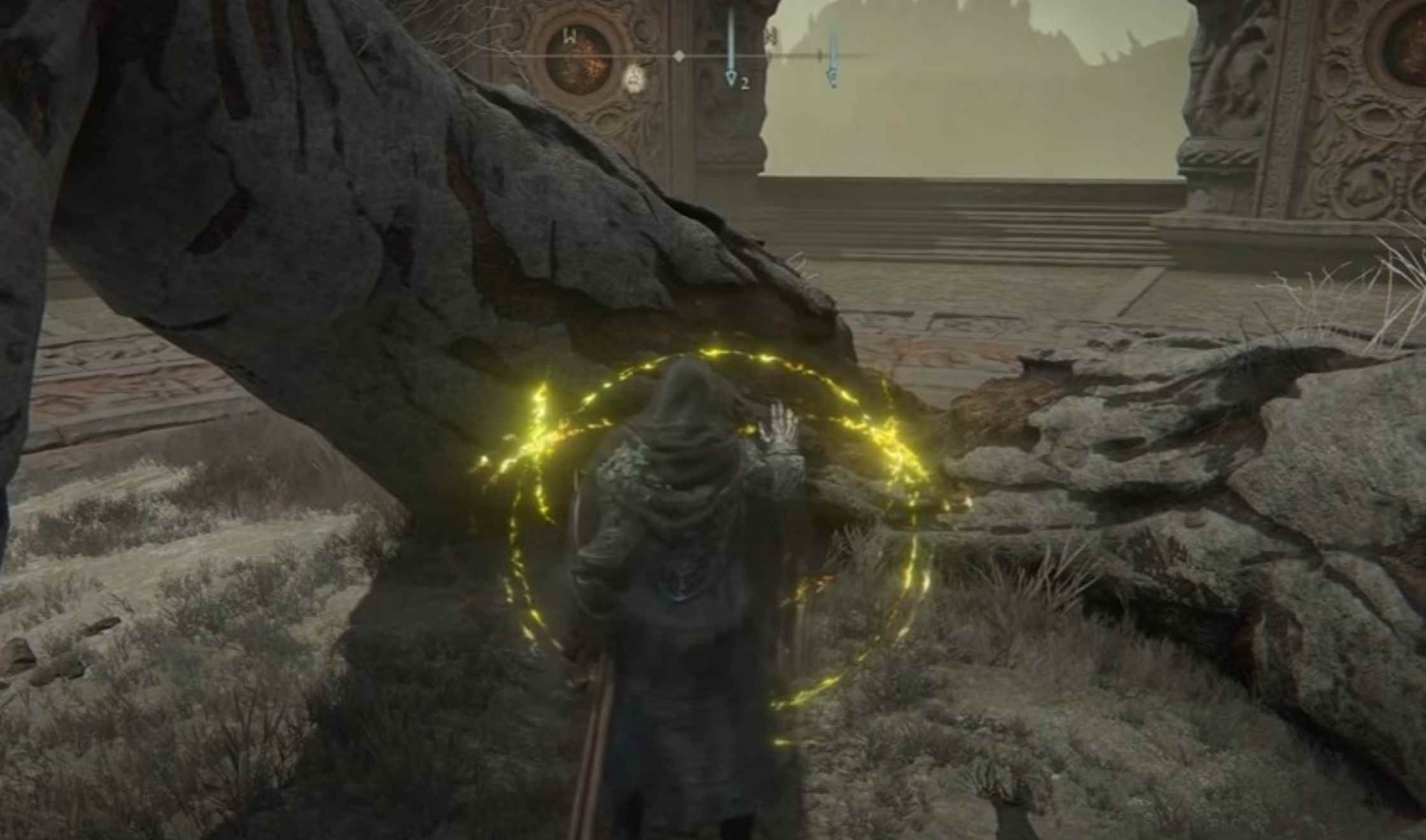 For example, to restore Godrick’s Great Rune, you’ll need to go to the Divine Tower of Limgrave, in Limgrave. Going to this tower won’t restore the power of any other rune than this one.

The path to the Divine Towers of the bosses is not always an easy one. Getting into some Towers in Elden Ring requires finding items, killing strong enemies, and sometimes, solving puzzles.

Once the Great Rune is restored, Elden Ring players need to equip their Great Rune, which is done at a Site of Grace. 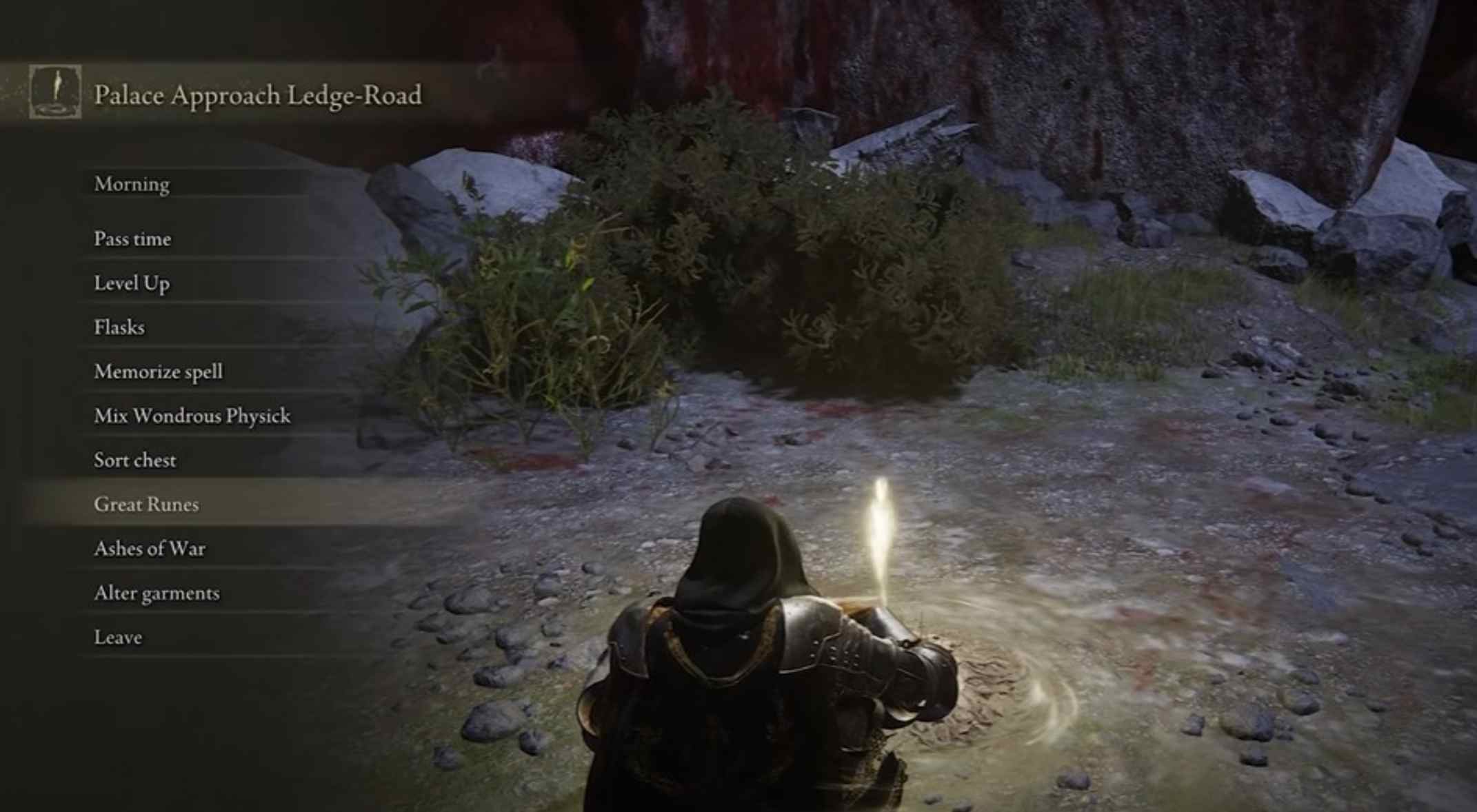 Sites of Grace in Elden Ring are checkpoints where your character can rest to restore their HP and FP, refill Sacred Flasks, alter garments, and even pause the game. The Great Runes option in the menu will only appear after you activate the Great Rune.

To use Great Runes in Elden Ring and their passive bonus effects, you’ll need to consume a Rune Arc. 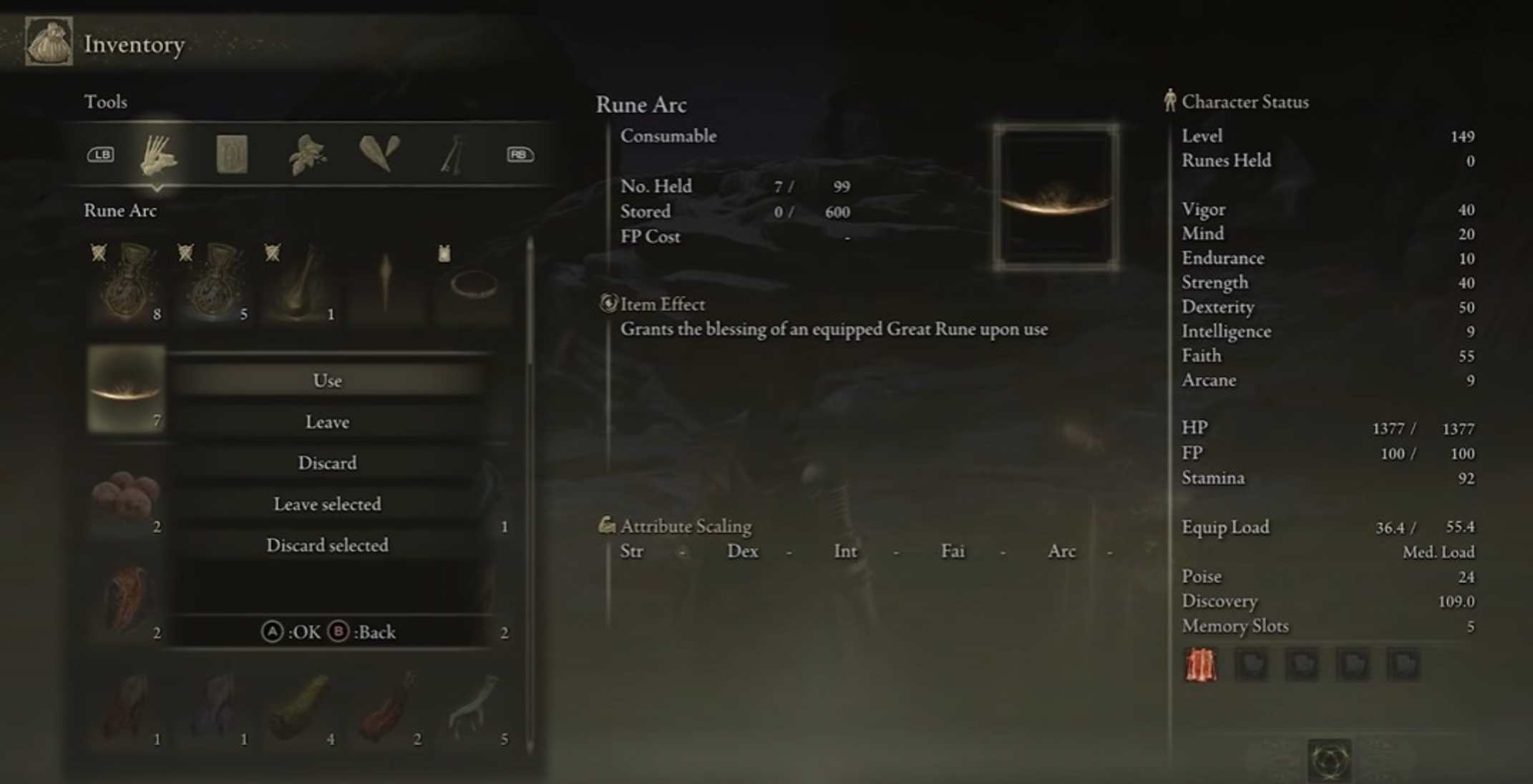 You should be able to find these items in more structured areas after Godrick but others are scattered around in the Lands Between and we encourage you to use Torrent for your exploration.

The Twin Maiden Husks at Roundtable Hold sells them, as well as the merchant between the Grand Lift of Dectus and the Raya Lucaria Academy. However, buying a Rune of Arc might not be the most cost-effective way to get one- one Rune Arc consumable costs 4.000 Runes.

A surefire way to get a Rune Arc is to help other players defeat bosses or farm Giant Rats in Earthbore Cave and Castle Morne or other underground locations, since they have a slight Rune Arc drop chance.

After you consume the Rune Arc and power up the Great Rune, its effect will last as long as you live. If you get killed, you’ll need to use another Rune Arc to activate the Great Rune again.

Great Runes in Elden Ring are unique items dropped by bosses in the game that give your character great buffs and/or abilities. The tricky part is, Great Runes need to be activated and equipped properly, and you’ll need a Rune of Arc to get their passive effects– otherwise, you’ll just get a short bump in your character’s HP. Also, keep in mind that you can only use one Great Rune at a time, so it’s important to understand what they do and switch between them for different areas and encounters.