This and Facebook Messenger being the all-time second most downloaded app on the iOS store shows how many people use these platforms to communicate with others.

What makes online communication easier, though? Knowing if someone is available for a conversation at the moment. That’s why websites and apps often try to figure out ways to show that.

In this article, we’ll discuss what does the green dot mean on Facebook and Messenger.

You probably know that’s how they display availability. However, there tends to be some confusion.

So, let’s clear things up.

The green dot generally means that someone’s online. It’s placed next to a user’s profile picture on the Facebook and Messenger apps and on Facebook.com.

Whenever you also see a specific time next to someone’s icon on Messenger, know that it shows you how long ago that person was online.

Since the apps are separate from one another (despite having the same parent company), there seems to be some uncertainty about the indicator’s meaning.

So let’s discuss the green light on Facebook and Messenger separately:

What Does The Green Light Mean On The Facebook Page?

Here’s what you’ll see while scrolling in the app: 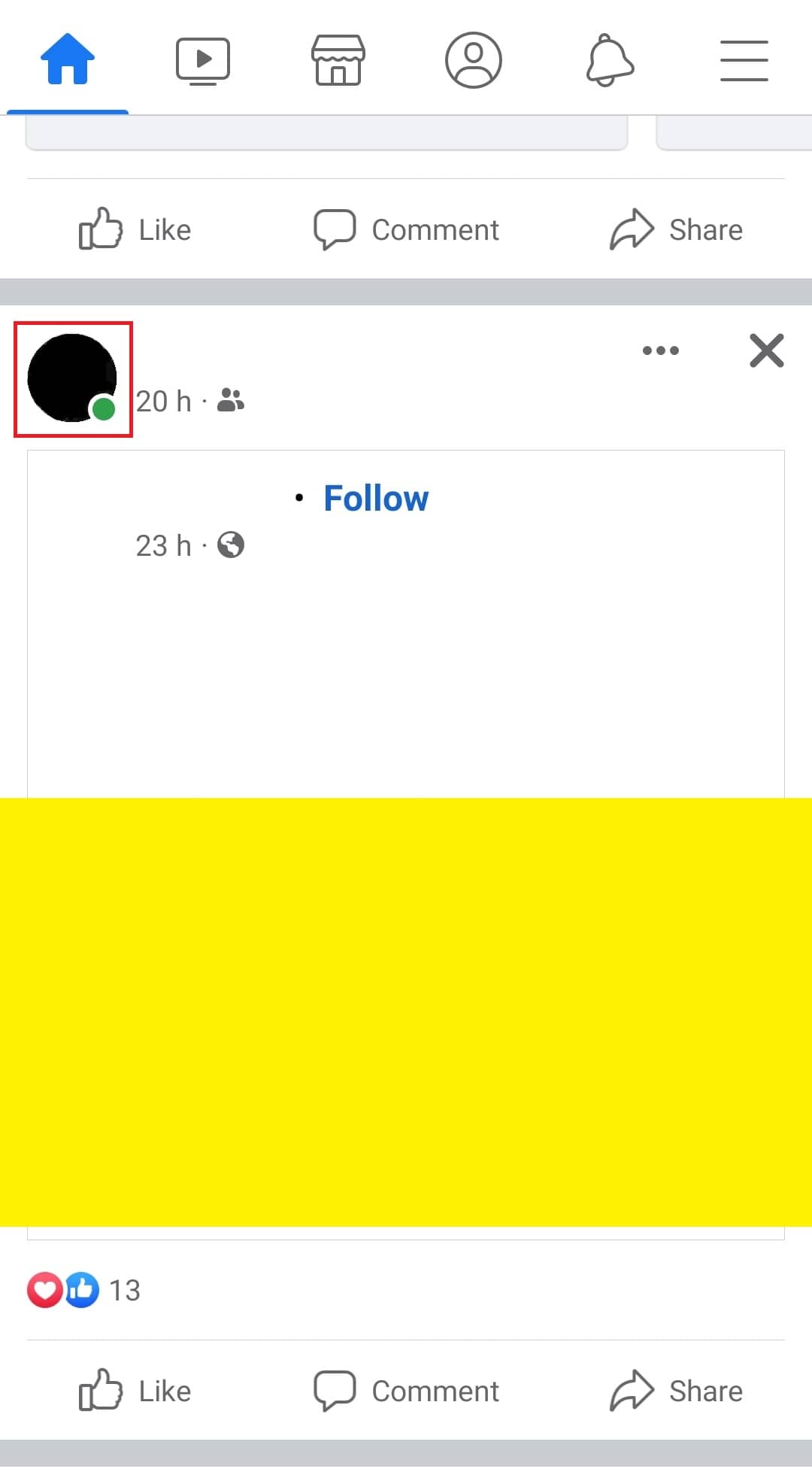 It looks pretty much the same on the site.

When you visit someone’s profile, you’ll see the indicator over their timeline: 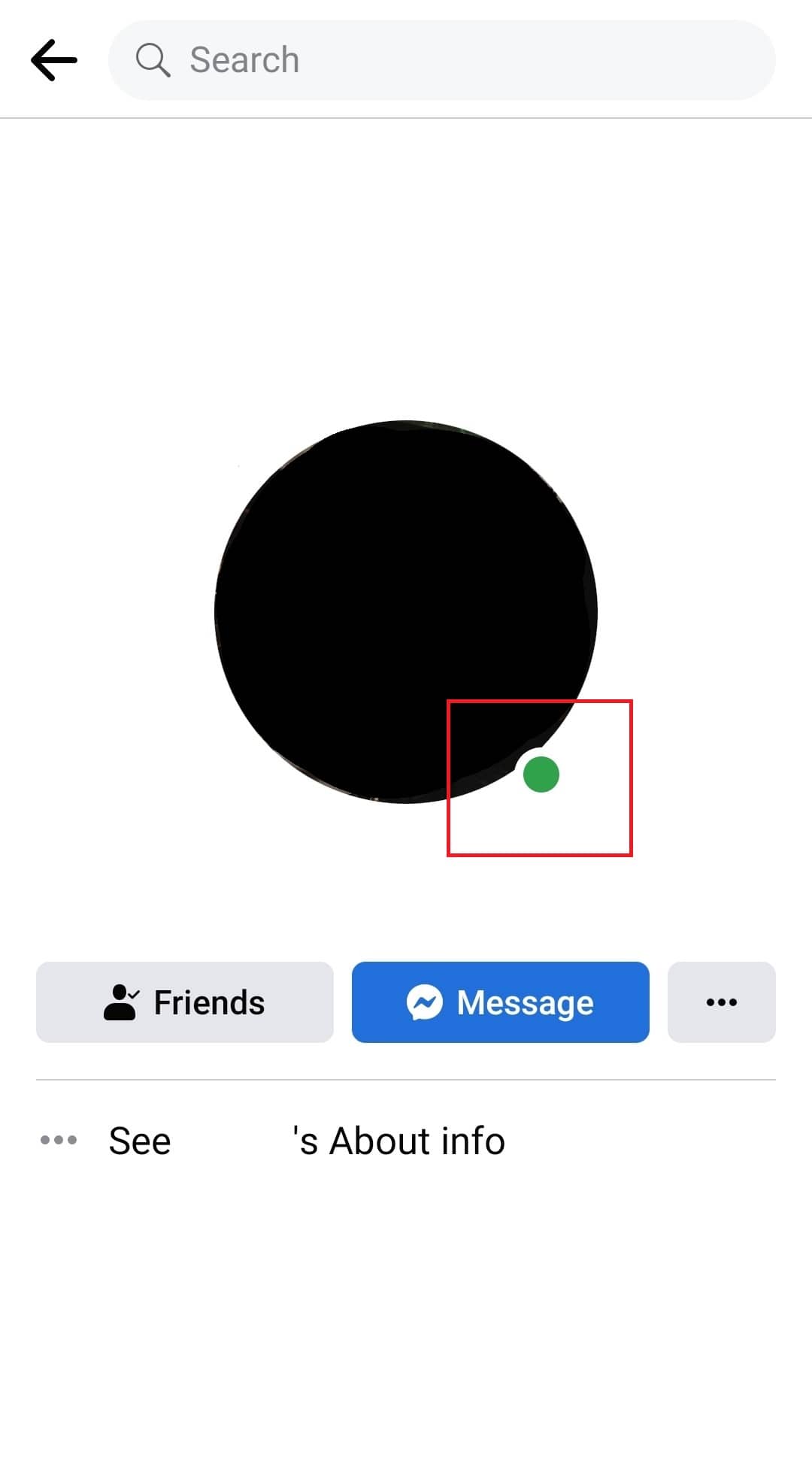 These two dots mean that the user is currently online on Facebook. Keep in mind that you can only see someone’s status if you’re friends on the platform.

Okay, but what does the green dot on FB Messenger mean then?

What Does The Green Light Mean On Messenger?

Here’s what the indicator looks like in the chatting app: 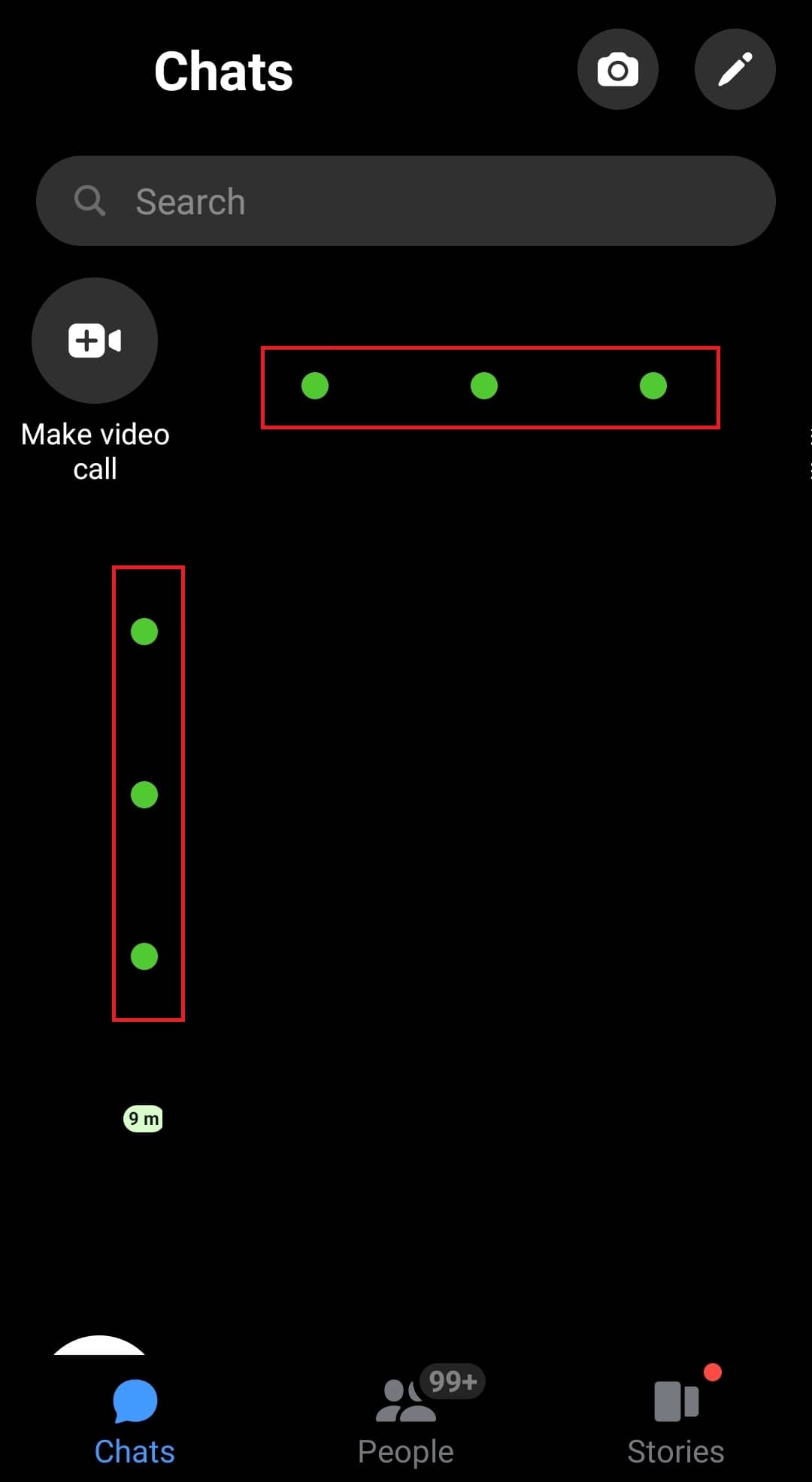 Counterintuitively, here the dot also means that a person is online on Facebook. In other words, someone could be using either the Facebook app, the website, or Messenger. It doesn’t necessarily mean that they’re texting people at the moment or are available to chat.

When you open your chat conversation with someone on Messenger, you could see an indicator next to the video icon.

So, what is the green dot on Facebook video icons?

Well, they show you that the user is available for a video call. It can only appear if they’ve allowed Facebook access to their camera. Otherwise, you’ll see just the dot next to their icon.

How Long Does The Green Dot Stay On Facebook Chat?

The green dot will appear next to your icon for as long as you’re active on Facebook.

However, there’s a catch:

If you’re not using the app anymore, but it’s still running in the background – the dot might still appear. To avoid this, you may need to force stop the app.

You can hide your online status quite easily.

Let me show you how to remove the green dot on Facebook: 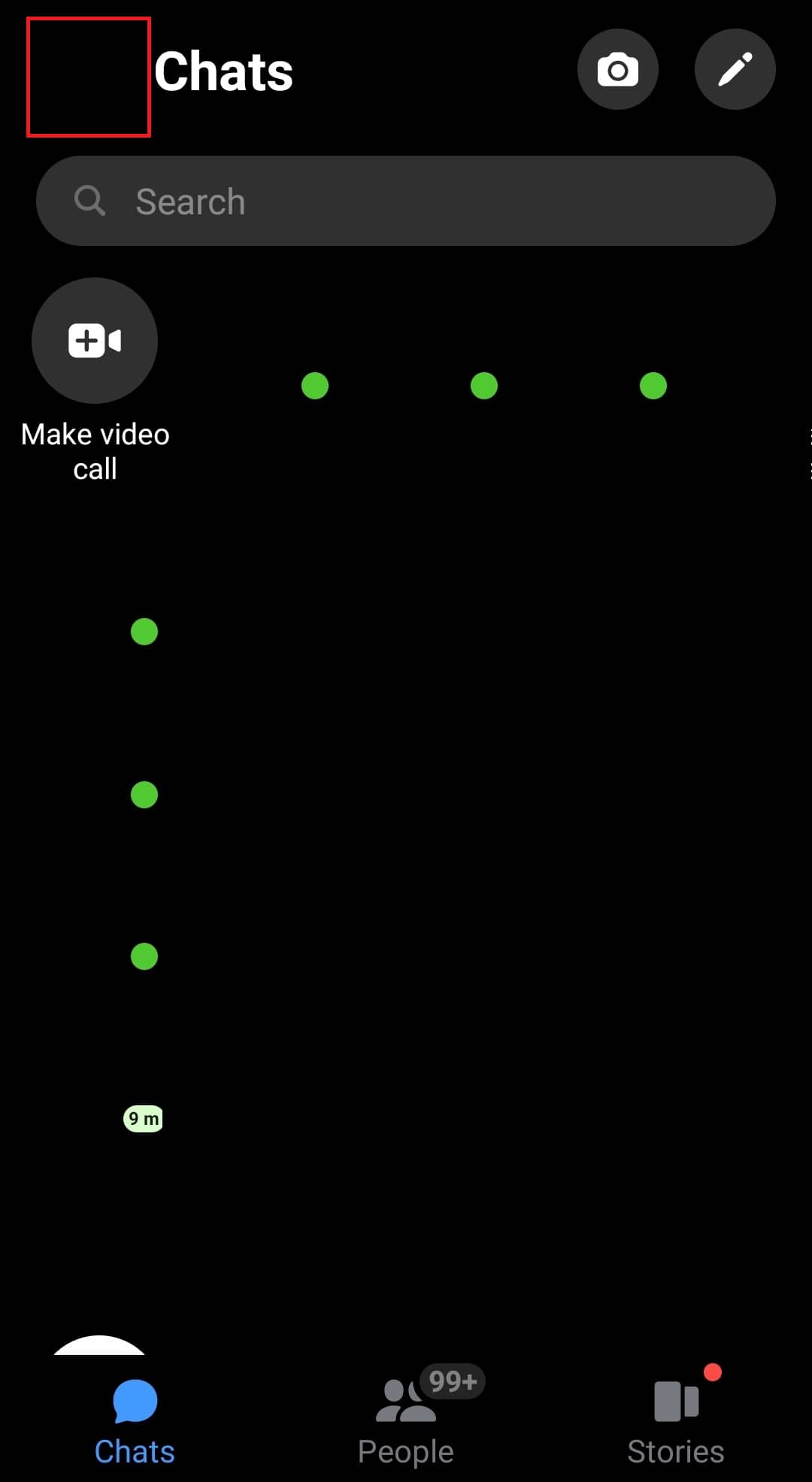 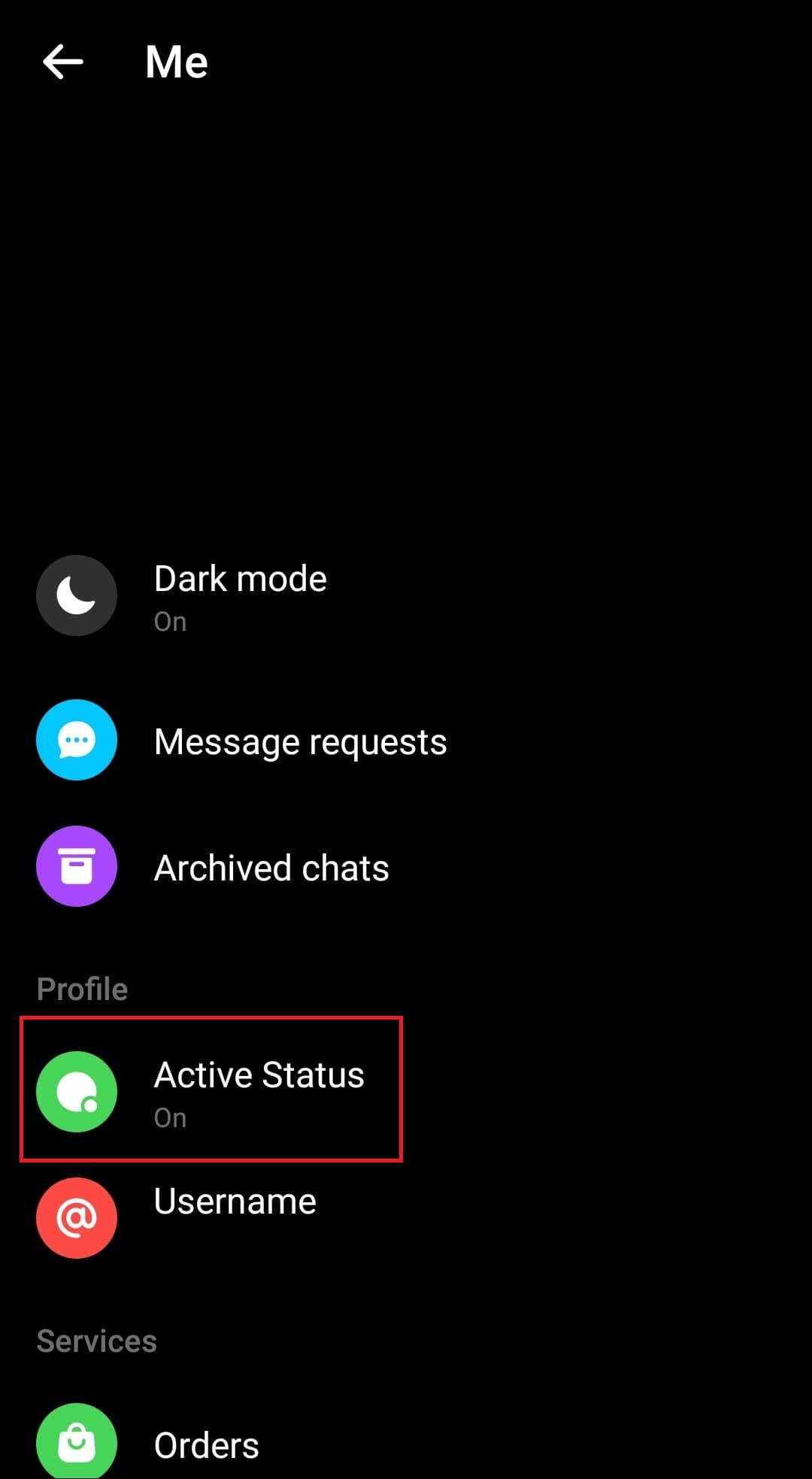 3. Then, turn the Show when you’re active function off: 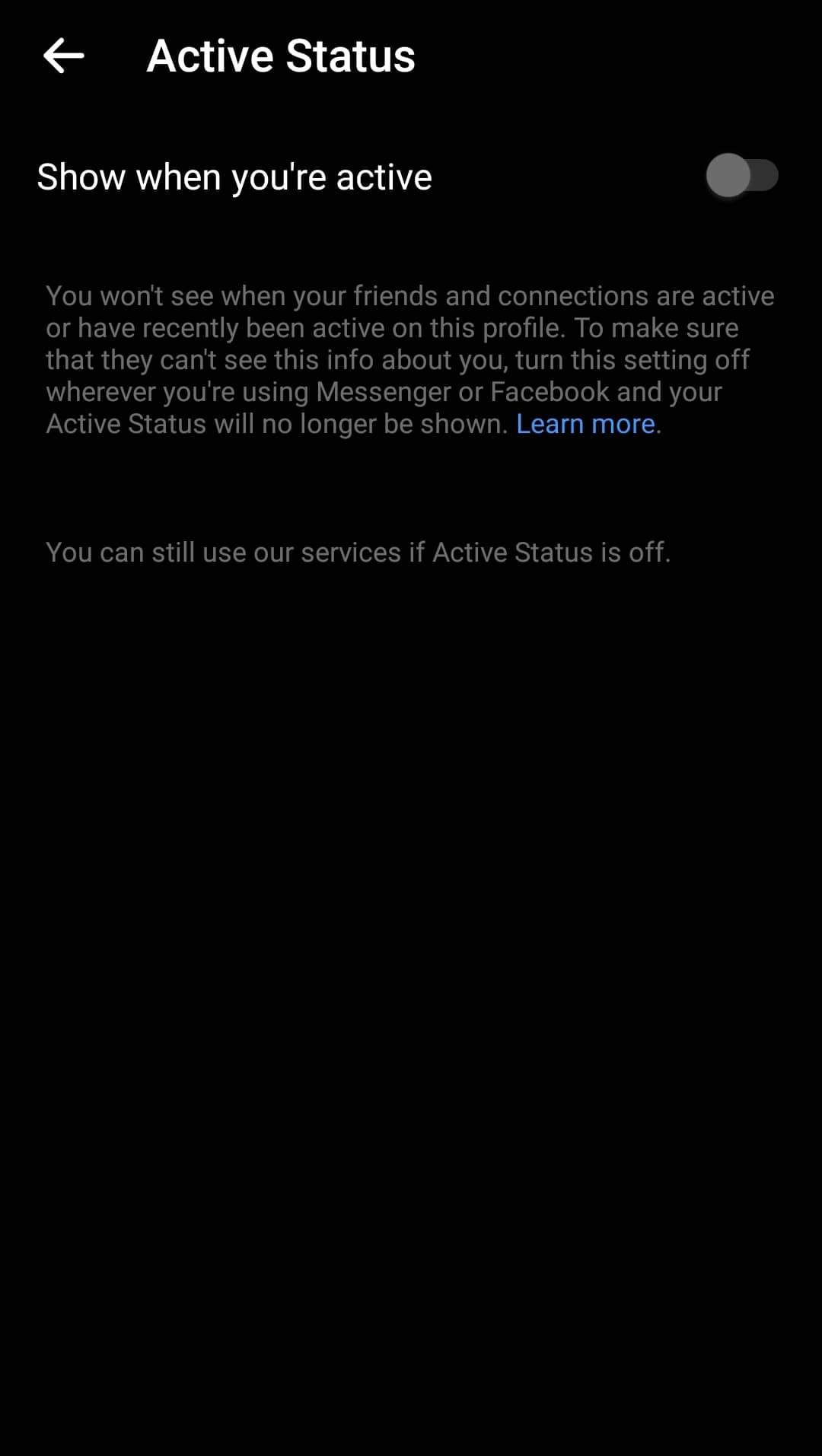 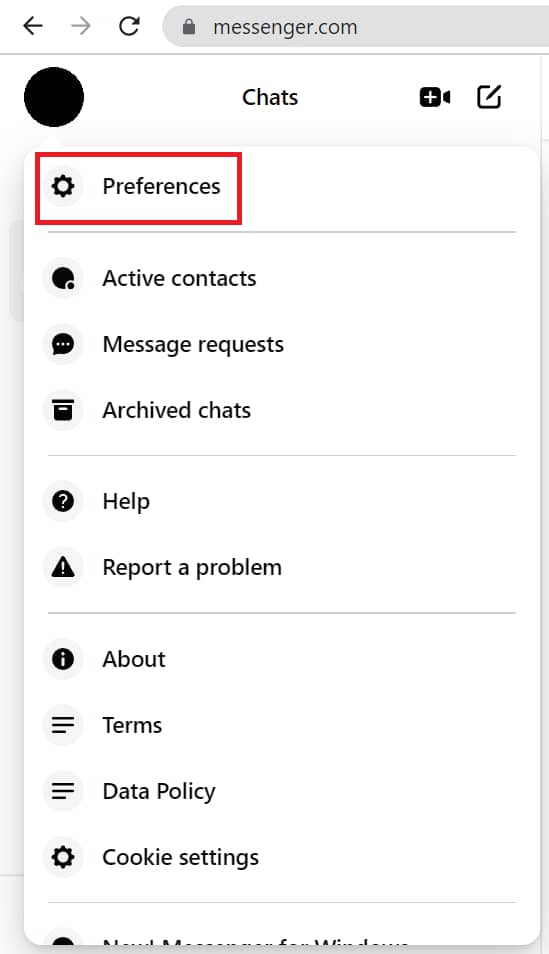 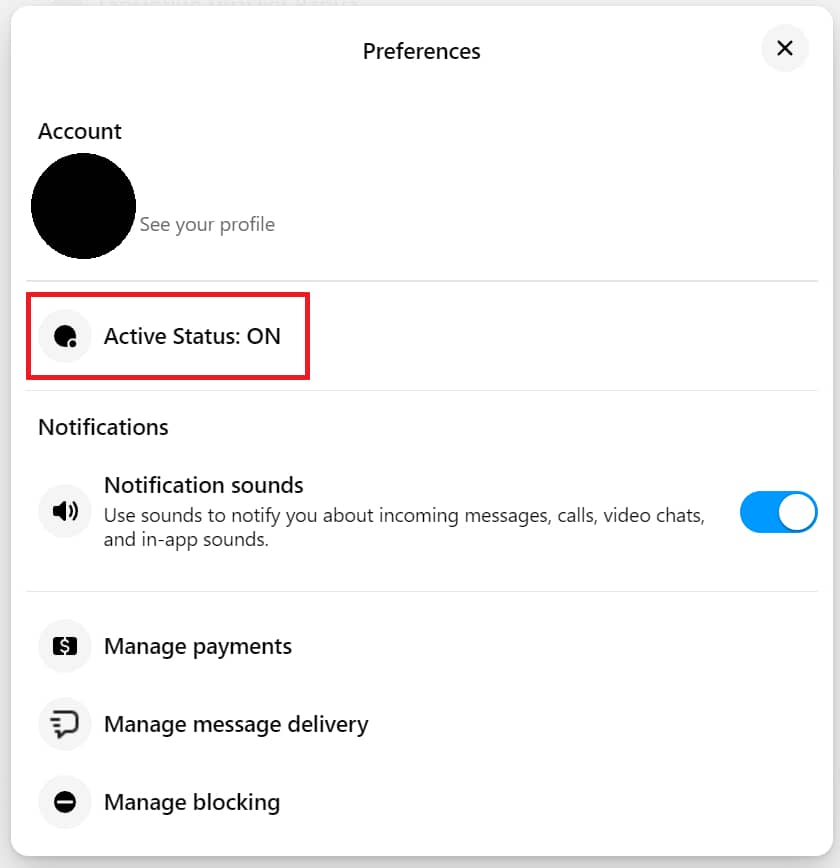 4. Switch the function off: 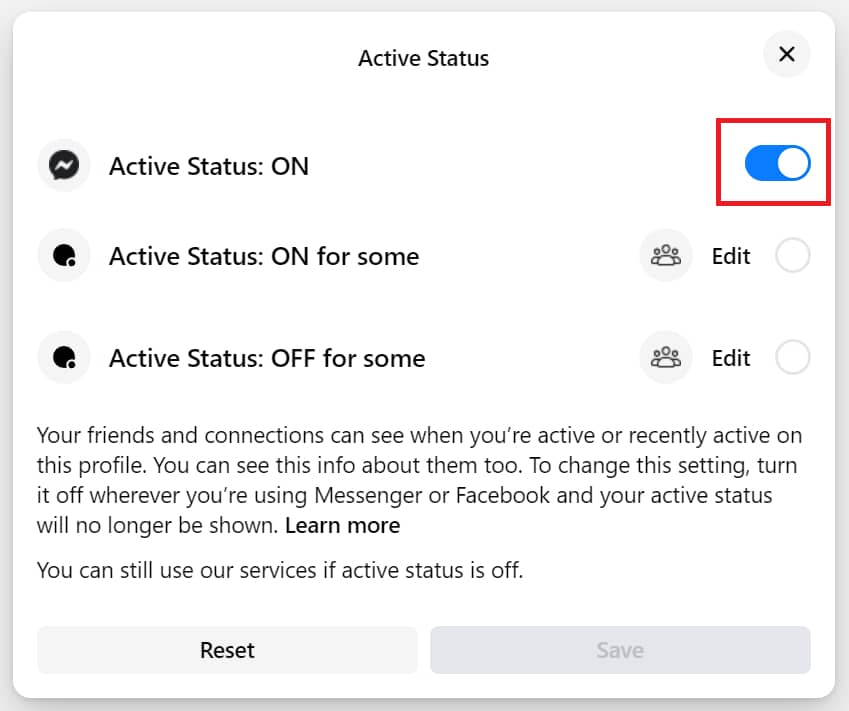 Now that you know how to remove the green dot on Facebook, you can stop people from knowing whether you’re online or not.

However, keep in mind that when you switch the function off, you won’t be able to see others’ status as well.

Checking Who Is Active On Messenger

Is the green dot on Messenger accurate? As I mentioned above, it’s not a very good way to tell if someone’s online.

That’s why there’s another indicator:

If you see Active Now under a user’s name, that means that they are interacting with the Facebook app.

However, it still doesn’t necessarily mean that they’re chatting with someone or even using the Messenger app.

By tapping on People, you can see a list of all online users – both Active Now and green dot ones: 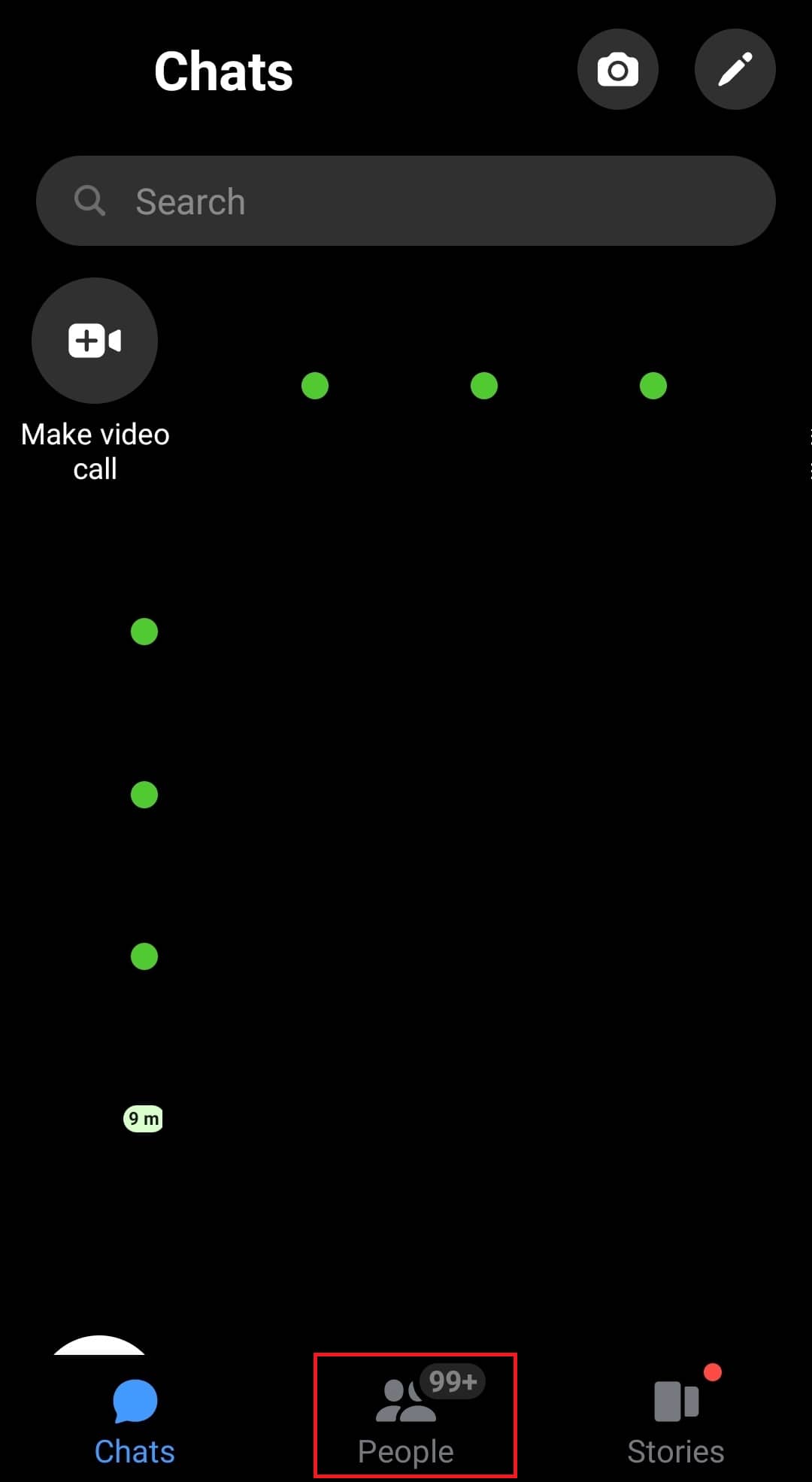 The former are placed on top of the list.

On Facebook.com, there’s a Contacts section that shows the same thing:

A big portion of Facebook users has probably wondered what the Facebook green dot next to someone’s name means.

If you were one of them, you’re not anymore!

Now you know how to tell if someone’s actually online. And also – how to hide your active status from others when you want more privacy.

Does the green dot mean they are on Facebook or Messenger?

The green dot shows you someone is interacting with the Facebook app. It can’t tell you whether they’re also chatting on Messenger or not.

How do I get rid of the green dot on Facebook?

The green dot on FB will disappear when you turn off your Active Status function. Our article on the topic shows you how to do that step by step.

Does a green dot mean someone is actually chatting or just on Facebook?

The indicator doesn’t show that someone is currently chatting with people. What the green dot on Facebook does mean, though, is that the person is interacting with the app or website in one way or another.