What happens when someone calls you those names online? What if they post embarrassing photos of you on social media? And to top it off, they decide to harass you? If all of that is happening, chances are you’re going to dread every notification, text or call you get.

If that happens, you’re most probably a target of cyberbullying.

Cyberbullying is the good old bullying with a twist – and now it can reach its targets anywhere, anytime. You think you’re safe at home? Think again.

If you have a digital device, you can easily be cyberbullied. Texts, apps, social media, forums, and online gaming - cyberbullies lurk everywhere. Click To Tweet

True, bullies won’t beat you up in the safety of your home, but their poisonous words can still reach you. The internet is a great place, but the easy access it provides can be a double-edged sword. And bullies need to feed regularly on other people’s pain.

Soo, an insult a day keeps the joy away…

But it gets worse. It doesn’t end with insults. Often it’s sending, posting, or sharing personal information about you without your consent. The goal is to invade your privacy and humiliate you.

Even if what they write and post is false, it still hurts and may ruin your reputation.

What do you say? “Sticks and stones may break my bones, but words will never hurt me”? Yeah, right. More like “words will hurt me way more.”

But don’t despair yet! Even if cyberbullying seems like a big deal (and it kinda is), you only need to know how to counter it.

Cyberbullying is the use of digital devices (cell phones, computers, tablets, etc.) to intentionally and repetitively hurt a person, making them feel sad, scared, or angry. It can be done online or via SMS and calls. It can include sharing private, negative, harmful, mean, and false content about that person.

Cyberbullying usually occurs among children and teens, but it is not reserved for them. Click To Tweet

This is the cyberbullying definition in a nutshell. Quite nasty.

There are different cyberbullying methods, and a victim might not experience all of them, but some are often combined. Here are the 6 most common cyberbullying examples:

Now let’s break them down. Here is what counts as cyberbullying:

Harmful Effects and Consequences of Cyberbullying

Cyberbullying is real. It can make the victim’s life miserable and even lead to suicidal thoughts and actions.

Alright, so let’s address the issue then. Since we are always on our smartphones or laptops these days, there’s no escape from cyberbullies. You scroll through Facebook and see hateful comments, switch to Instagram, and it’s the same…

It can seem like the only solution is to disconnect from the internet altogether.

And if the bullies have your phone number, it’s even worse because they can torment you with constant texts and prank calls in the middle of the night. Even blocking them wouldn’t necessarily work.

Naturally, if this doesn’t stop soon, the target’s mental health and quality of life will suffer.

Thankfully, there’s a solution to all this! Read on and you’ll quickly learn how you can deal with these pests once and for all.

Let’s examine the symptoms of cyberbullying.

Maybe you’re being cyberbullied, but don’t acknowledge it. Maybe you aren’t sure that’s what it is. Maybe you don’t want to make a big deal of it.

Well, you should. It’s your happiness and well-being at stake.

Or, alternatively, perhaps it’s your friend or child that needs help?

Coming up next are the cyberbullying telltale signs that can help you assess any situation.

Cyberbullying targets will often feel anxious and get depressed, withdrawn, and shy. Click To Tweet If they are usually positive, open, and energetic, the sudden change might be suspicious.

Even if you try to talk to them, they might say everything’s fine but don’t be fooled. Let them know you’re there if they need to talk and be sure to remind them regularly.

If you think you might be a target, ask yourself these questions:

It’s pretty easy to spot cyberbullying once you think about it actually. You can also monitor the social media profiles of your friends or children for hurtful comments and embarrassing photos.

Finally, any unusual and long-lasting change of behavior might point to a problem such as cyberbullying, so keep that in mind and encourage the person to communicate.

As it is the case with many other problems, communication is the key here as well. Confiding in a parent, a friend, or a teacher you trust is not shameful. On the contrary, the sooner you ask for help, the better.

Of course, sometimes you can deal with cyberbullies on your own. It is crucial not to respond to them but simply report and block them on all websites. And don’t forget to change your privacy settings. If you ignore them, most bullies lose interest and walk away.

In any case, whatever you do, refuse to play their game. If they smell blood, they’ll attack again, so don’t show any weakness. Even if they manage to hurt you, pretend to be unfazed, and you’ll be rid of them sooner than later.

Another option is to confront them at school. They feel powerful hiding behind the screen, but face to face it’s a different story. A barking dog never bites. And that’s what they do – just bark online for fun, spilling out negative words, and trying to feel good about themselves.

However, if they are persistent and these strategies don’t work, the next step is to seek assistance from the authorities. Remember to collect evidence – screenshots, text messages, etc.

This is how you can stop cyberbullying.

You can read more about cyberbullying and other online threats, and how to prevent them in our previous article.

There are still people who would say cyberbullying is not a big deal. It is scientifically proven it is a pretty big deal, though.

Thousands of people, mostly kids, are suffering from cyberbullying daily. Click To Tweet It is one more issue we need to be prepared to discuss with children. It is the parents’ and teachers’ responsibility to teach them proper online behavior.

Last but not least, if you’re a cyberbullying victim, you need to know you don’t deserve it. And you can overcome it. Do something you enjoy and forget the haters. Meet up with friends, read a book, watch a movie, listen to some upbeat music… Taylor Swift has said it best:

Now let’s continue with the FAQ.

What is cyberbullying? / What is online bullying?

What is considered cyberbullying?

Cyberbullying includes, but is not limited to:

Social media bullying is the most common example.

How does cyberbullying start?

It might start accidentally and quite innocently, just as a joke or a bully might intentionally pick on a victim and decide to harass them. Cyberbullying builds up quickly, so it’s best to put a stop to it from the beginning.

How to prevent cyberbullying?

Blocking bullies on all websites and reporting them, changing your privacy settings, and ignoring them might help. But if this doesn’t work, it’s time to confront them and tell a parent or a teacher. It’s a good idea to save the evidence – any cyberbullying messages and screenshots are immensely useful in getting the point across.

Sometimes the victims or the bullies are children with learning and attention issues. To prevent them from being cyberbullies or being cyberbullied, talking with them and their peers is crucial.

Teenage cyberbullying is quite common, but adults are not safe either. Usually, teens and adults who become cyberbullies have personal problems and insecurities which they try to make up for by bullying others. It makes them feel in control.

On the other hand, children might not always realize they are deeply hurting someone with their words and actions, and simply join in the “fun” because of peer pressure. That’s why it’s important to explain to them from an early age how to behave online (and in real life).

What are the consequences of cyberbullying?

The victim might become depressed, anxious, and withdrawn. Sometimes the victim becomes a bully as well, trying to feel in control again.

When did cyberbullying start?

Fortunately, Instagram, one of the most popular social platforms, is taking measures against bullies now.

Now you know what cyberbullying is and how to prevent it. Be aware of it, and don’t let bullies win. Use the information here, fight back and prevail! 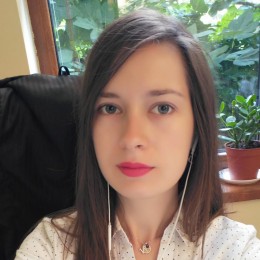 Teddy Mitova
I am a graduate of the University of Glasgow with MA French and German. A total bookworm and a curious cat, I love writing, traveling, taking photos and learning new things. My interests include but are not limited to languages, literature, technology, cinema, and sports (especially volleyball and table tennis).