Gamers everywhere are wondering what’s new in Call of Duty: Modern Warfare II as the game is just around the corner and can already be pre-ordered.

To help you with that, we are listing all the major changes between the newest entry in the series and its predecessor—Modern Warfare I.

The key to winning a Call of Duty match is preparation, and there’s no better way to get ready than reading about the new MWII gameplay mechanics coming this October 28th.

The game’s movement systems will see massive changes and additions in MWII that even pros will have to practice to master, such as:

Having personally played the MWII Beta, we have to say that the new mechanics add freshness to the genre, but they still feel clunky compared to the previous game.

For instance, mantling and going prone were notably slower in the Beta, and with such low TTK (Time to Kill), they often proved detrimental in a gunfight.

Since players were complaining about sound issues in Call of Duty: Warzone, Infinity Ward put a lot of thought into delivering a better sound design with MWII.

This time around, we get better and much clearer directional audio, as well as punchier gunfire that adds another level of immersion to the game.

In addition to the impressive visual upgrades done for a sequel, such as next-gen lighting and reflections, high-resolution textures, and advanced caustic rendering, MWII also comes with improved visibility, vibrance optimizations, and more realistic color palettes.

Console gamers were also pleasantly surprised by the addition of the FOV (Field of View) slider—an option that was only available on PC platforms until now.

While Modern Warfare II is bringing back the 5-attachment weapon system, the updated Gunsmith 2.0 feature comes with a whole host of changes and features.

First, unlike in the previous game, you won’t level up every individual weapon to get its attachments since you can reuse already unlocked attachments from other weapons.

This feature is made possible by implementing weapon platforms that come with a family of customizations, which allow you to change the base weapon into an entirely different weapon type after unlocking its ‘receiver’ slot, which is essentially a weapon variation.

For more intel, check our detailed article on the MWII Gunsmith 2.0 system. 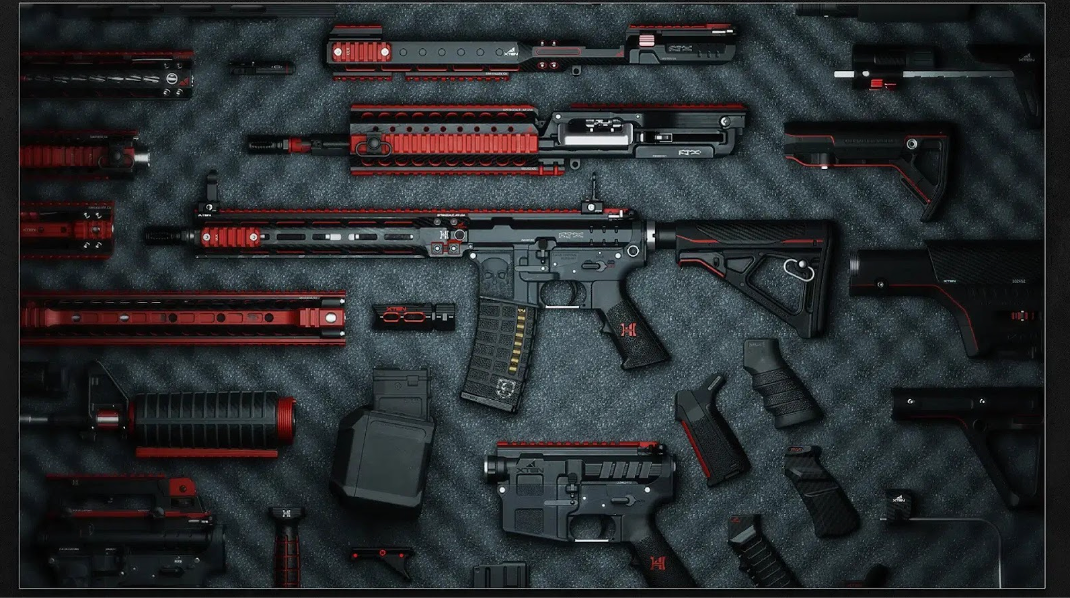 Aside from a plethora of new weapons, some of which have already made their introduction during the Beta Weekends, MWII also comes with new equipment:

Aside from these additions, the Heartbeat device now has a battery that drains as you use it—a change to ensure players don’t spam use it as they did in the previous game.

On top of most of the existing field upgrades, the new CoD game adds seven more options:

With a total of 15 field upgrades, almost half of which are new, players tried out a lot of new strategies during the Beta, especially using the DDoS and the Tactical Camera.

The four new killstreaks that have made their way into MWII include:

Note that you can choose a maximum of three killstreaks for a match but get one more during the game from a care package or via other means.

Infinity Ward is also revamping the ‘Perks’ system, letting you use four different perks in three categories: two base perks, one bonus perk, and one ultimate perk.

Moreover, in addition to the existing perks, the devs have implemented extra options:

While you start the match with the two base perks, the bonus and ultimate perks unlock two and four minutes into the game, respectively. But, you can reduce the time it takes to unlock them by racking up kills, assists, and objectives.

While the classic and beloved Call of Duty modes are returning, Infinity Ward has also designed several new ones that are sure to keep things new and engaging for a while: 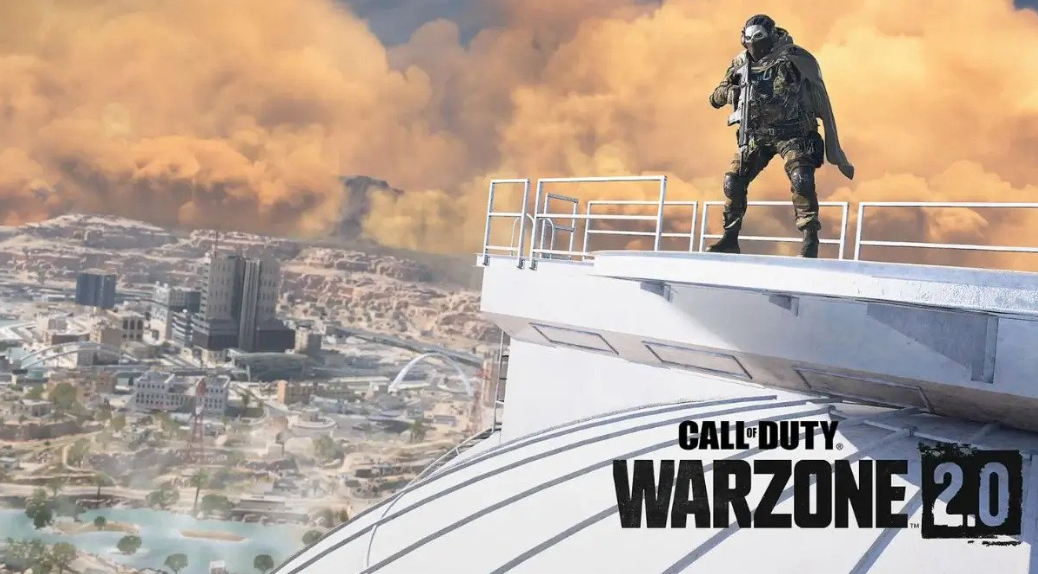 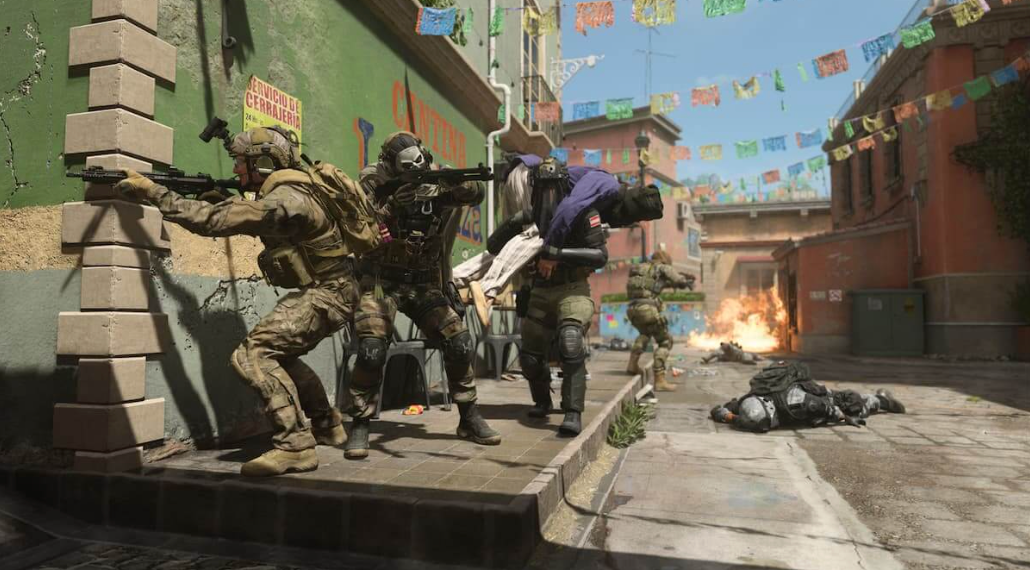 As you can see, there are many new modes to choose from, most of which will be available when MWII launches across both console and PC platforms on October 28th.

The Call of Duty series has always been known for producing great single-player experiences with relevant stories, intriguing characters, and immersive plots, and this year’s edition is no exception as it will be offering an action-packed and diverse campaign mode.

Moreover, we’ll see the return of many fan-favorite characters that we met in Modern Warfare 2019, which comprise the now active Task Force 141, with the addition of new personalities that will join us on our globetrotting adventure from South America to the Middle East.

According to recent leaks, in the campaign mode, players will have more control than ever before—being able to interact with and give instructions to NPC companions and make decisions that could ultimately change the story's outcome.

First of all, Activision will release the anticipated Warzone 2.0 and the DMZ modes approximately a month after the official MWII launch date with the first Season and will continuously polish and adjust the base game and its various modes to keep things fresh and exciting.

Moreover, according to insider reports, Activision is moving onto a two-year cycle for Call of Duty, so we’ll see the next series entry in 2024 instead of 2023.

Also, every CoD studio, including Infinity Ward, Treyarch, and Sledgehammer Games, will base their next titles on the new IW9 unified engine, which was implemented in Call of Duty: Modern Warfare II, thus using the same toolsets and easing their collaboration on future projects.