Managing your PC’s disk space can sometimes feel like a chore. It’s also a bit frightening if you’re not exactly sure what you’re doing. If that’s your case, you need a fast and easy-to-use solution.

Let’s dive into our EaseUS Partition Master review and take a closer look into what this handy tool has to offer.

Best for: Users without technical knowledge.

What Is EaseUS Partition Master?

With the help of EaseUS, maintaining your hard drive becomes a straightforward task.

You can create logical partitions and merge them without deleting data. You can also create sub-partitions within a single disk.

However, managing your drive isn’t limited to creating secondary storages. Partitions can also be formatted, recovered, cloned, and shared.

Additionally, the app lets you easily migrate your operating system without having to reinstall it.

You can use the EaseUS partition manager on each Windows version, up to 11.

With the tool’s advanced user features, you can manage dynamic volumes, perform a disk conversion, and more.

The EaseUS partition recovery solution comes with maximum functionality to completely transform the way you organize your hard drive.

Let’s dive deeper into our EaseUS Partition Master review and check out some of its key features.

Using the EaseUS partition tool, you can migrate operating systems without losing any data.

This is especially handy and time-saving, as it eases the procedure of moving Windows components between two or more hard disks.

Let’s say you have an old device and want to migrate the OS to a new one. If that’s the case, EaseUS is your go-to tool.

The same goes for transferring your data from an old HDD to a newer, faster SSD. The EaseUS tool lets you perform the operation with just a few clicks.

Nevertheless, some user-written EaseUS reviews complain about the speed of migrating OS from a large to a small drive.

You should also note that this feature isn’t available on the EaseUS Partition Master free version.

EaseUS lets you shrink your disk volumes. When you make partitions, you create in-sections within the hard drive and make them available to your Windows OS.

The EaseUS partition manager lets you resize each of your storage spaces. You activate this feature by simply sliding each partition icon right or left. For better precision, you can manually enter your preferred partition sizes.

The app also allows you to merge different partitions or sections of your drive. That’s a useful feature if you want to save space or free up a particular unit.

If you encounter an error while merging partitions, there are likely certain unmovable files involved.

Using the app’s partition editor, you can completely wipe your data, as if doing a full drive formatting. If you have corrupted files that can potentially compromise sensitive data, a hard wipe is your best move.

This feature is an excellent alternative to manual formatting techniques, some of which may be flawed.

With EaseUS, you don’t have to download an additional drive formatting tool.

However, some users are skeptical about the time it takes to conduct a disk wipe.

You can optimize data recovery by creating a bootable disk with the EaseUS partition recovery tool.

This feature allows you to effectively manage the partitions on your hard disk in the event of a system crash. This way, you can easily resize the C:/ drive and reinstall Windows. In addition, you can recover partitions that were lost in the crash and reconstruct MBR.

So, whenever you get a crash, you can create a simple bootable disk and resolve the issue. You can do this with or without an OS.

Note that this feature isn’t available on the EaseUS Partition Master free version.

In addition, the software has been known to crash disks on some devices, especially in cases of partition conversion.

Suppose you use a device with a solid-state drive (SSD) instead of a regular hard drive (HDD). In that case, you need SSD alignment.

This feature is necessary because these newer drives use the tiniest 4K unit in a file system when saving data. Despite the SSD’s status of a better-performing drive than HDD, its operations may be uncharacteristically slow. This happens when there’s no adequate alignment between the small units and the respective 4k pages.

In advanced disk formatting, 4k alignment is the standard. That’s because it optimizes Windows performance. On EaseUS Partition Master Pro, you can easily align your SSD and guarantee faster functionality.

Another reason why SSD alignment is necessary is to increase the drive’s lifespan. It does so by reducing the number of redundant writing operations.

Cloning your OS is one of the first steps when migrating your data and operating system between drives.

With EaseUS, the process is fast and simple.

Nevertheless, some reviews have implied that MBR-GTP conversion should be possible without total data erasure.

This pertains to redundant arrays of independent disks.

Many EaseUS Partition Master reviews online praise this feature. It uses parity and disk striping to spread the storage of data segments across multiple devices.

This way, you can boost the overall performance of your PC.

Choosing between NTFS and FAT can be tricky if you aren’t tech-savvy. The former lets you easily transfer large files and is ideal for hard drives, including external ones.

FAT, on the other hand, has transfer support with a maximum of 4GB. USB flash drives and SD cards use this type of file system.

The EaseUS hard disk partition tool allows you to easily convert FAT to NTFS. By doing so, you optimize file system conversion without losing key data.

Compared to other disk management tools, the EaseUS partition software has a user-friendly interface.

The app had two major updates just in the past six months. The dashboard is intuitive, and you can carry out various functions with simple clicks and drags.

You really don’t need any advanced computing knowledge to operate the software efficiently.

Being beginner-friendly is one of the tool’s major strengths.

The app’s free version isn’t half as feature-stocked as the two available Pro versions.

The EaseUS partition freeware comes with basic partition tools. That’s to say you can’t merge or clone system segments. However, you still have the option to resize them.

The free tool only supports up to 8TB of hard disk space. Since the regular PC user probably doesn’t have that much space on one device, this isn’t such a big deal. However, if your device uses more space, you’ll have to pay for the Professional or Server plan.

The basic plan supports every Windows version from XP to 11. Compared to what the Server plan offers, this isn’t much of a selling point. The latter offers the same support, in addition to Windows server versions (2003-2022).

All remaining features – from partition recovery to OS migration – are available only on the Professional and Server plans.

On the official website, there’s a comprehensive customer support portal. If you’ve read other EaseUS Partition Master reviews, then you must’ve seen some mixed opinions.

Here are the available channels:

Although there have been a few customer complaints, I found the support team rather helpful. A representative contacted me within 24 hours, and the live chat was especially responsive.

If you have a more complicated issue, you can schedule remote support to attend to you in real-time.

The EaseUS partition software comes with a variety of subscription plans. It also includes a limited version that’s free-to-use.

The plans are broadly categorized into two: Basic and Pro. Here are the details on each, and how much they cost:

Has all the features of the former, in addition to RAID-5 Volume Repair and Windows server support.

Has all the features of the former, including a license for multiple PCs.

Each plan comes with a free trial and a 30-day money-back guarantee.

The EaseUS Partition Master Pro still remains worthy of a try, even if it might be deemed a bit too expensive.

Paying roughly $20/month on a disk management tool can be quite steep, especially if you’re on a budget.

That’s why many would rather resort to the EaseUS free edition than pay that much.

Nevertheless, the software’s pros far outweigh its cons. You get an all-in-one tool to manage your PC drive and partitions on the go.

You can merge partitions, rebuild MBR, convert GPT to MBR, and much more. So, don’t be discouraged by the cost. If you aren’t convinced yet, you can try out the basic plan and sample its key functions.

And if you need the whole package, the paid versions offer a full refund within 30 days after the purchase.

That being said, every piece of software has its competitors and some of EaseUS’s offer similar features at a lower price. Hopefully, this review provided enough insight for you to make a well-informed decision.

Yes, EaseUS is a trustworthy piece of software. The company behind it has been around for years, and this tool is among the most popular ones on the market. Moreover, none of the files you download contain any malware. The interface also provides warnings against certain actions. Keep in mind, however, that any tool that modifies partitions carries the risk of data loss.

No, it isn’t. It is a genuinely legitimate, efficient hard disk management software.

How much does EaseUS partition Master cost?

Although there’s a limited basic plan, the pro plans cost money. The Professional, Server, and Unlimited plans cost $59.95, $259, and $599, respectively.

For a more detailed description of the software’s plans, check out our in-depth EaseUS Partition Master review. 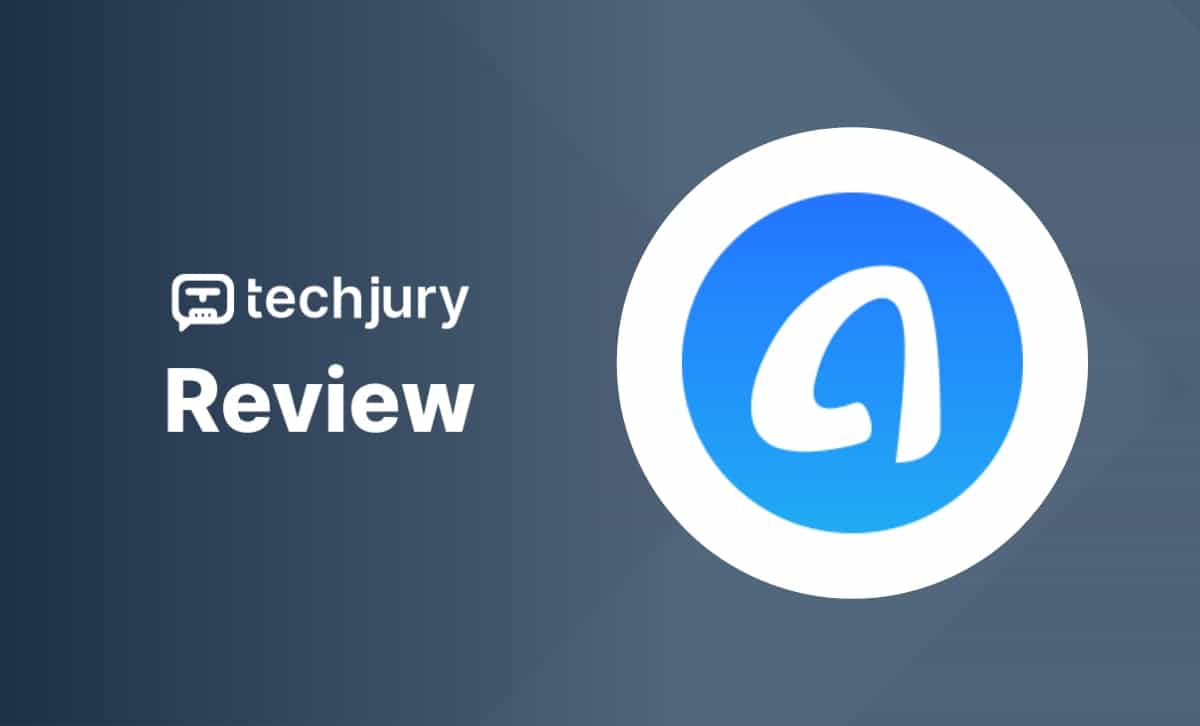 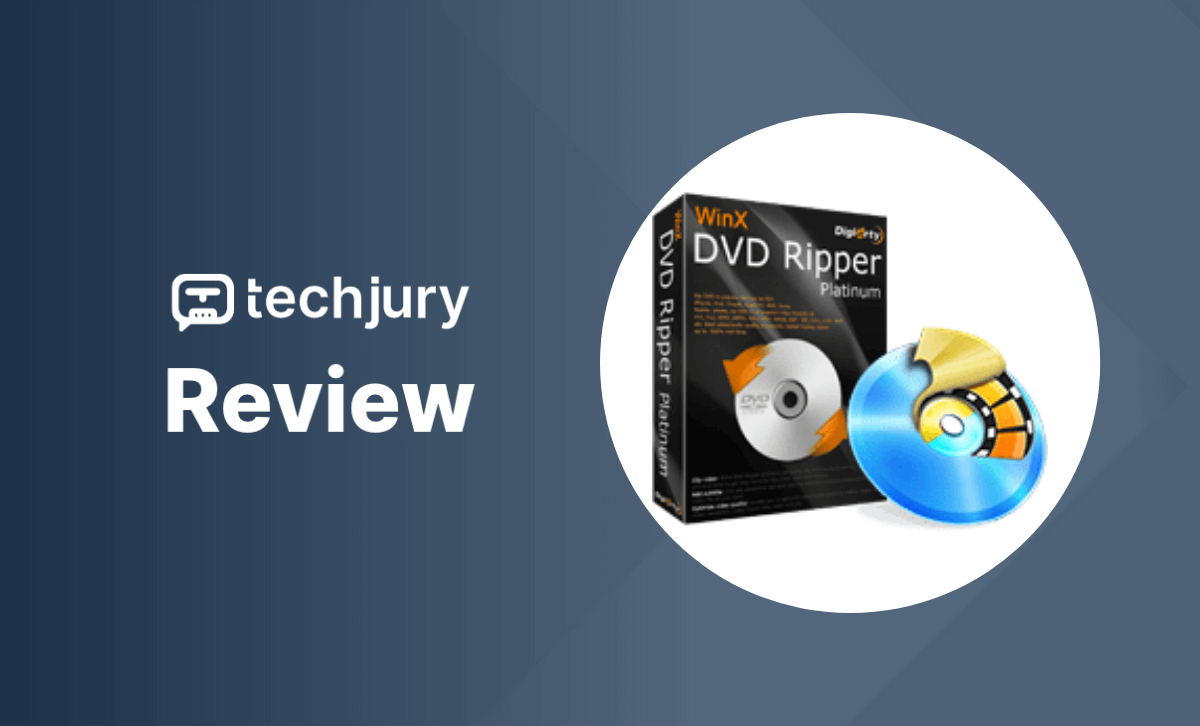 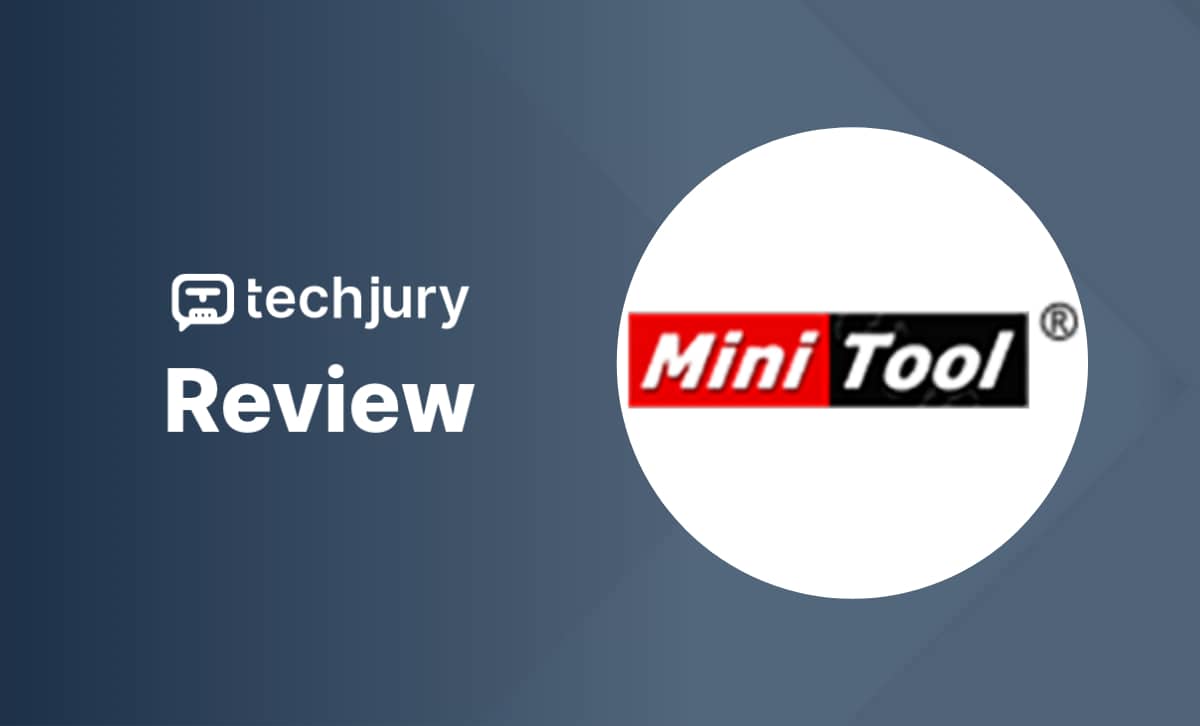 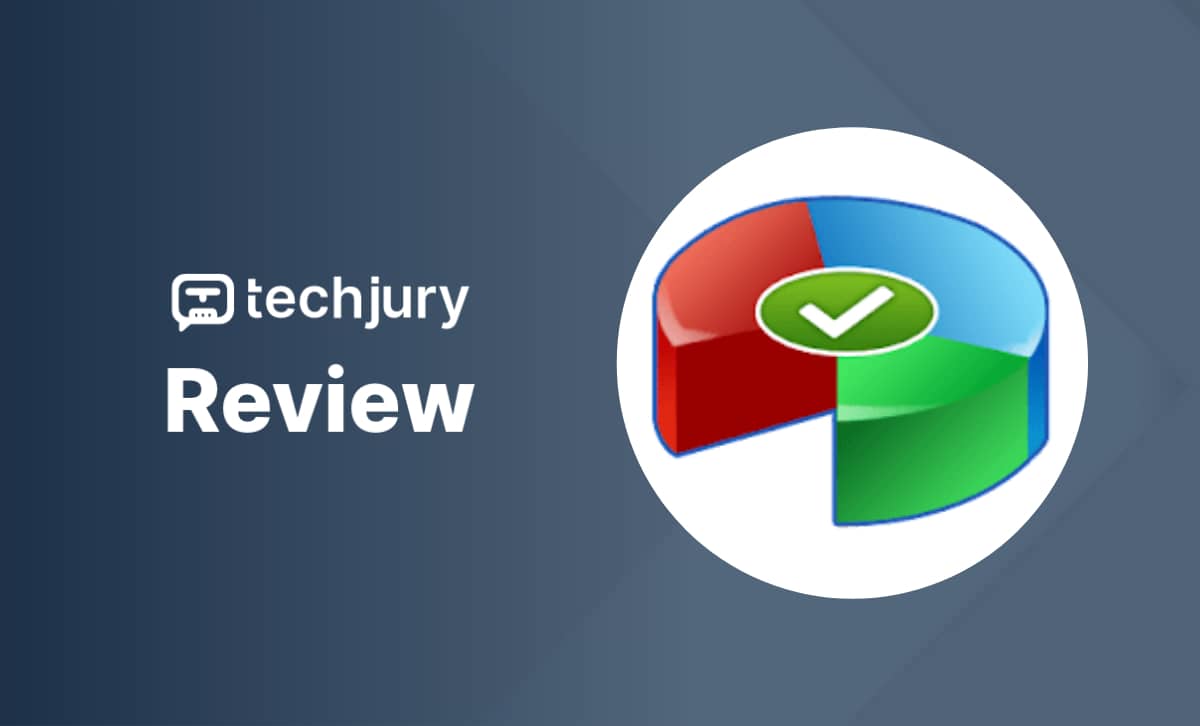 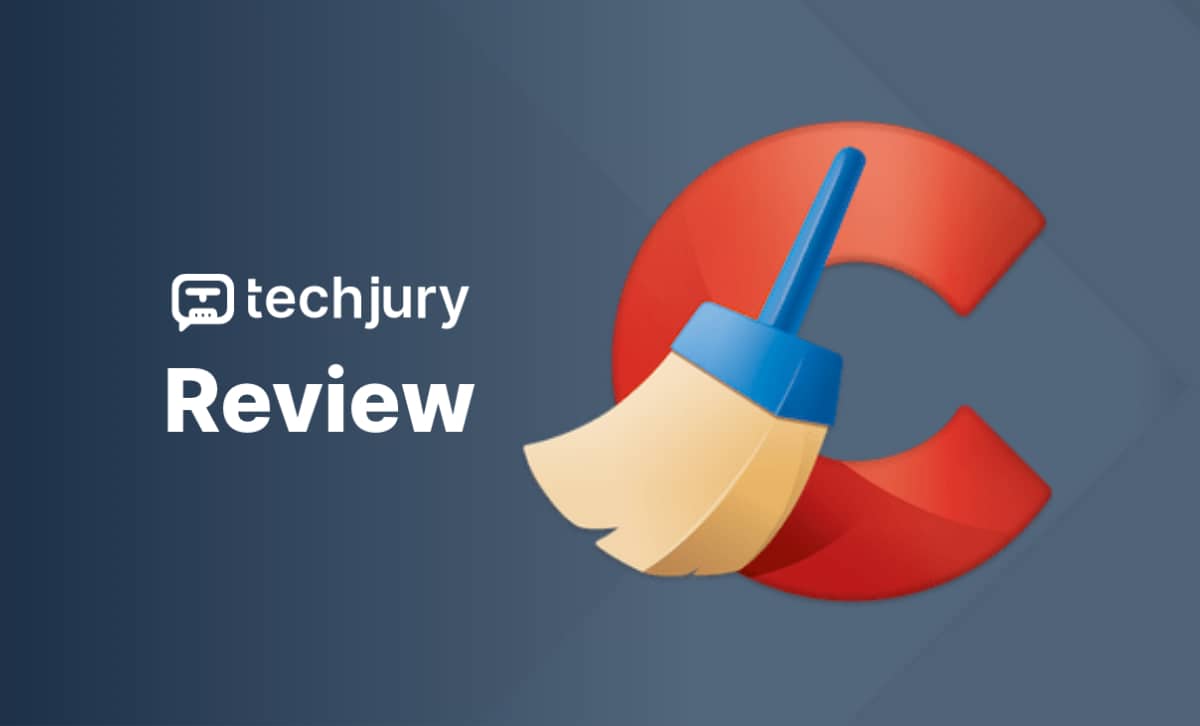 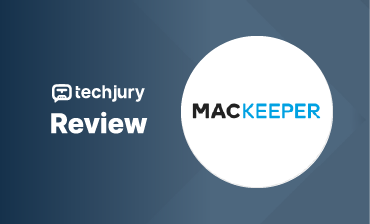