StrongVPN was founded in 2005, making it one of the oldest names in the virtual private network market. It has maintained a strong user base and reputation, as StrongVPN reviews continue to praise its features. We subjected it to multiple tests to see how it holds up against its rivals.

Great for torrenting and streaming
Weaknesses

StrongVPN includes several features that fulfill most VPN expectations, such as strong internet privacy and security, along with effective P2P sharing and streaming. In this StrongVPN review, we’ll examine all elements further.

Here are some of the essential features that help StrongVPN provide better security to your device and internet connection.

Kill Switch is found in most good VPNs these days. Suppose the connection to the VPN server is lost, Kill Switch prevents any exploitation from happening by temporarily stopping your device from connecting to the internet until the VPN connection is re-established. 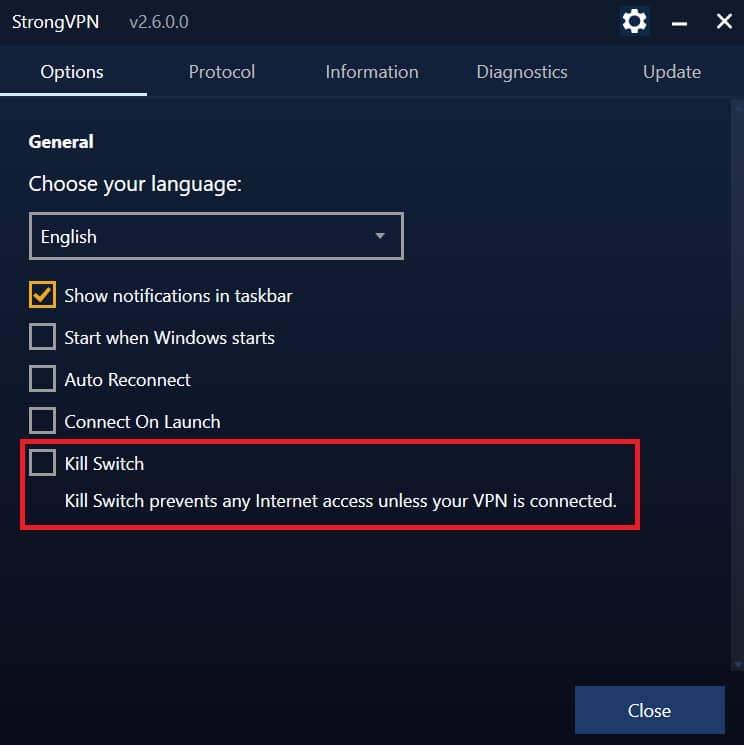 Split tunneling allows you to select apps that can access the internet directly without going through the VPN. It’s available only on the StrongVPN client for mobile devices. 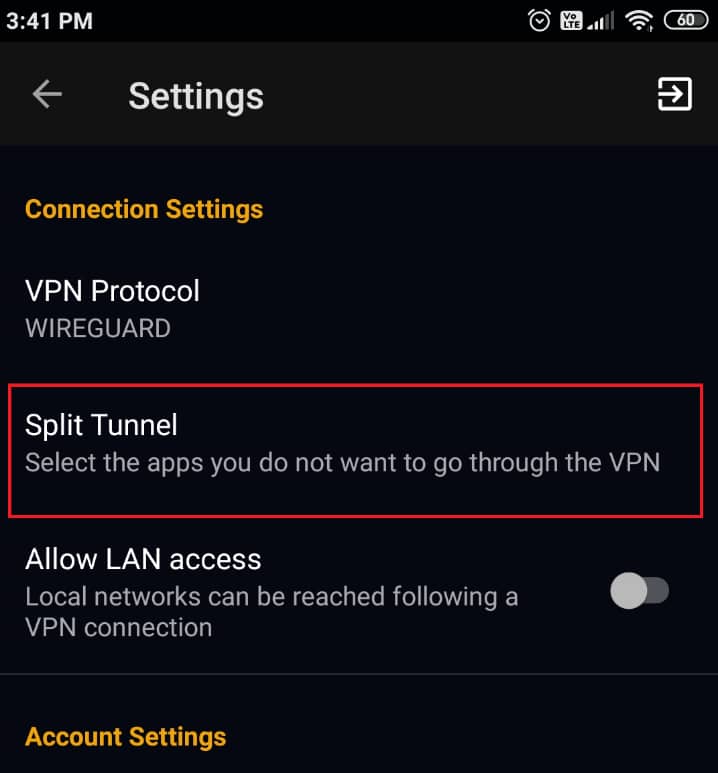 StrongVPN offers additional features that you won’t find in many other competitors. Let’s take a look at these.

WireGuard is a next-generation VPN protocol that provides state-of-the-art encryption and improves performance despite using less memory and CPU resources. Not many VPNs offer this protocol, but it’s the default setting in the latest versions of the StrongVPN Android, iOS, Windows, and macOS.

Scramble disguises your VPN to look like regular traffic to bypass even the most advanced VPN blocks. This can be useful to circumvent government restrictions on VPN use and help in cases where ISP’s throttle speeds detect VPN usage. 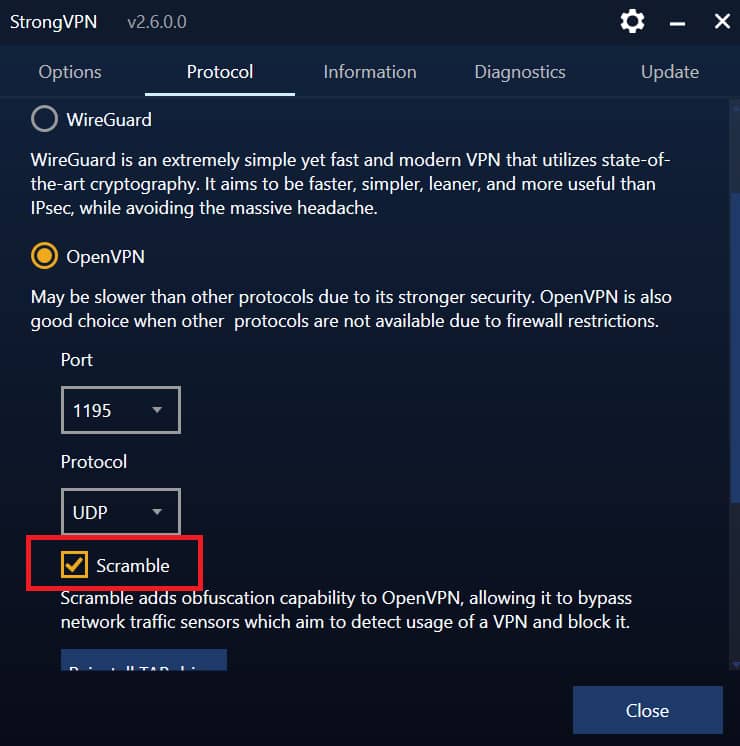 The ability to install the StrongVPN client on your router ensures more comprehensive security for your home or office network. Devices that connect to the internet but don’t allow software installation are also protected this way.

StrongVPN has a global network of over 950 servers, distributed across 46 cities in more than 30 countries. There are more VPN servers in the US and Europe, but the network of servers also covers several cities across Asia, South America, and Africa.

The spread of the servers prevents overloading and ensures good speeds, irrespective of your location.

VPN usage generally decreases your speeds due to the additional security measures, but good services keep this at a minimum. We checked the StrongVPN download and upload speeds for multiple servers against our average speeds.

We tested on the servers in the US (Miami), the UK (Manchester), Australia (Sydney), and Singapore. All these tests were conducted using the WireGuard protocol.

From our StrongVPN speed test, we can conclude that the servers located closer to our physical location (Singapore, Australia) almost consistently gave us better speeds than those located farther away (USA, UK). But even then, the StrongVPN download speed losses were significant. While the service performs better than the industry average of a 65% loss, it fails to rank among the top VPN performers.

We conducted the same tests a few hours later to check for consistency and found that the drop in speeds was roughly the same. While the speeds you get with StrongVPN may not be incredible, they are consistent.

The company is subject to the USA surveillance-related laws, as its headquarter is located in Florida. Since the USA is a part of the multilateral Five Eyes and Fourteen Eyes alliances, any data available to American government agencies is also shared with other alliance members.

However, StrongVPN’s privacy policy does not explicitly touch on this topic. In the absence of an independent audit or real-life cases where this has been tested, we naturally express concerns regarding data retention.

The StrongVPN client uses military-grade encryption used by the US government.

StrongVPN’s tunneling protocols allow you to balance security and speed, including:

Our StrongVPN review scores it highly in terms of overall safety.

While connected to the VPN, your device should access only the anonymous VPN server to hide your actual IP and physical location. We subjected StrongVPN’s connection to a few standard IP and DNS leak tests:

We used StrongVPN’s default settings to connect to its Miami server. The IP and DNS leak test show Florida as our server location, protecting our actual IP address.

Many Netflix regions are supported by StrongVPN, including the US, Canada, several countries in Europe, Australia, New Zealand, Japan, and India. We could access location-specific content for all these countries during our tests, except for India, as we continued to struggle connecting to this server. On the whole, StrongVPN Netflix’s geo-restriction circumventing ability is powerful.

We could also play content on US Prime Video (through the browser, not the Prime Video app), which is a difficult nut to crack for many VPNs. However, Prime Video did detect the VPN when connected to servers in other countries.

Other US-based streaming platforms like Hulu, Disney+, HBO Max, and the Criterion Channel worked perfectly. However, BBC iPlayer didn’t work on any of the UK servers.

Overall, our StrongVPN review gives it an excellent rating for streaming capabilities.

How Good Is StrongVPN for Torrenting?

In line with other StrongVPN reviews, we rank its P2P sharing and torrenting capabilities relatively high. Note that port forwarding isn’t possible with StrongVPN because it doesn’t use a dedicated IP, enhancing security and anonymity. However, its other features like zero traffic logs and Kill Switch are useful for P2P sharing and streaming.

We tested torrenting speeds using StrongVPN servers in the US (Miami), the UK (Manchester), Australia (Sydney), and Singapore. Our download speed for a new movie was in the range of 480 kbps without a VPN.

The speeds we got while connecting to the StrongVPN servers were 500 kbps (US), 600 kbps (the UK and Australia), and 700 kbps (Singapore). The increased speeds could be due to the VPN connection circumventing any bandwidth throttling from our ISP for torrent traffic.

We rate our overall experience of torrenting using StrongVPN as excellent.

Geo blocks are restrictions placed on users’ internet access based on their location, notably used by streaming services to provide location-specific content. It is also used by authoritarian regimes, such as China, Iran, and Saudi Arabia, to restrict what their citizens can access online. Most of these countries also ban VPN usage.

Luckily, StrongVPN is one of the few VPN services that can bypass detection by China’s great firewall. While we haven’t checked it from within China ourselves, independent StrongVPN reviews and user feedback confirm that it can be used to access blocked websites and apps like WhatsApp and Telegram.

StrongVPN scores highly in having a simple and easy to understand interface. The StrongVPN Android and iOS apps differ slightly from those on Windows and macOS, but both are easy to understand. Most features have one-lined descriptions to help you decide on whether to enable them. 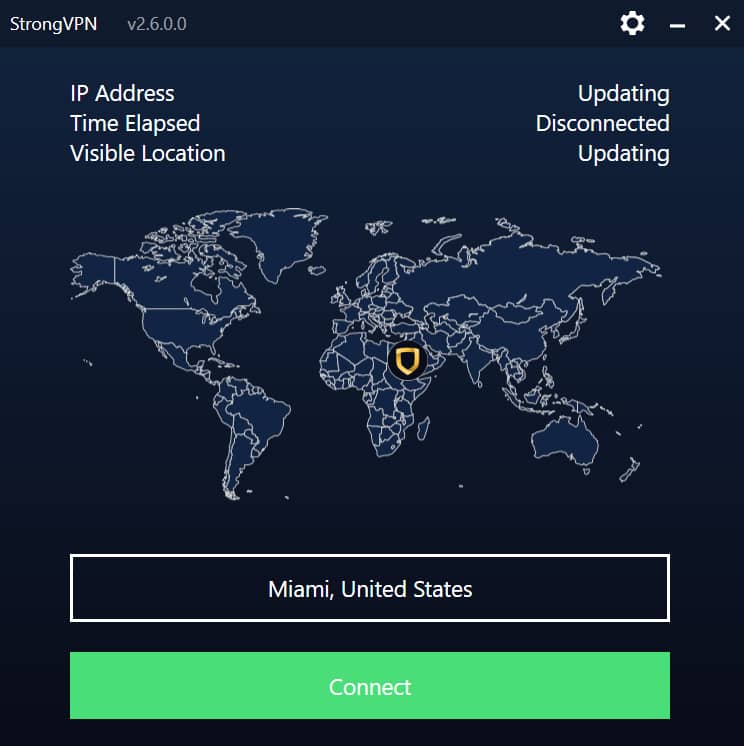 However, the StrongVPN apps come with a few issues.

Connecting to a server takes longer than we have seen with most other VPNs, and it’s a shame that the list of servers doesn’t show the latency or availability. Even during our tests for this StrongVPN review, multiple connections couldn’t be established. 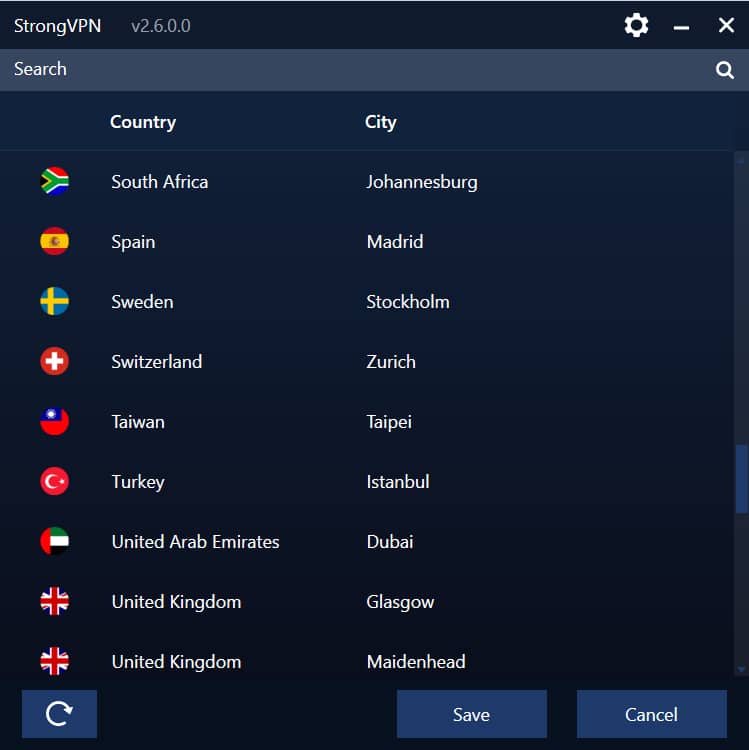 You can get in touch with the StrongVPN customer support team through a 24-hour chat facility, email, and by phone. Answers to many queries are also available in the vast knowledge base that includes setup guides, troubleshooting tips, and FAQ.

We tested both the chat and email support options. The response was prompt and helpful in both cases, and the team also gave us links to the relevant knowledge base sections.

Based on our experience and user feedback, we rate StrongVPN’s customer support performance as very good.

There are no StrongVPN free trials available. It has two fairly-priced subscription plans:

Both plans come with 250 GB of SugarSync secure storage and a 30-day money-back guarantee.

Our StrongVPN review rates this service very high on security features. Testing for P2P file sharing and streaming also show consistently strong performance. Combining this with the obfuscated VPN service, general ease of use, and strong customer support, StrongVPN is a solid competitor in the crowded VPN market.

StrongVPN does lack a full-featured browser extension and a double VPN. Another issue is that speed loss is relatively high across most StrongVPN servers, although lower than the industry average. We also wish that there was more server information in the app.

Even though StrongVPN performs well on most other fronts, we have to dock some points from its overall performance.

No, StrongVPN isn’t free and does not offer a free trial. It has two subscription plans: monthly for $10.99/month and yearly for $3.33/month.

Does StrongVPN work with Netflix?

Yes, our test of the StrongVPN Netflix capabilities shows that it can bypass the streaming service’s geo-restrictions very well.

Yes, we rate it as an excellent VPN option. Barring some minor issues pointed out in this article, StrongVPN reviews score it highly on security, P2P and streaming capabilities, ease of use, and customer support. 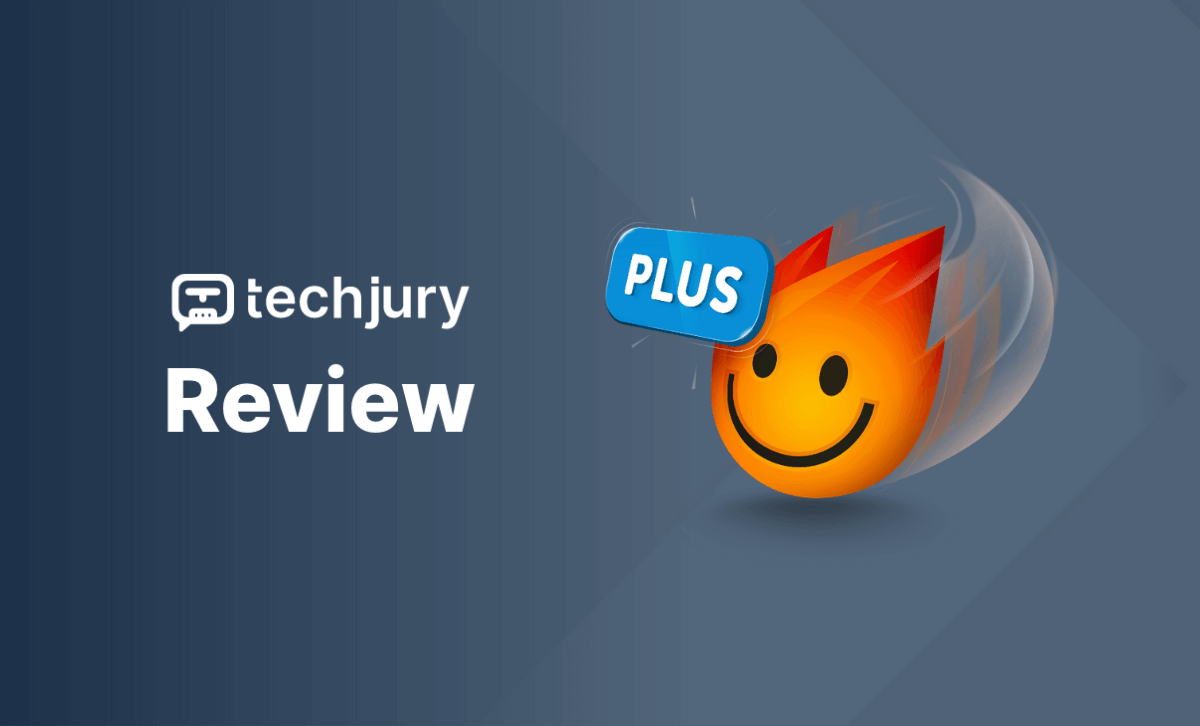 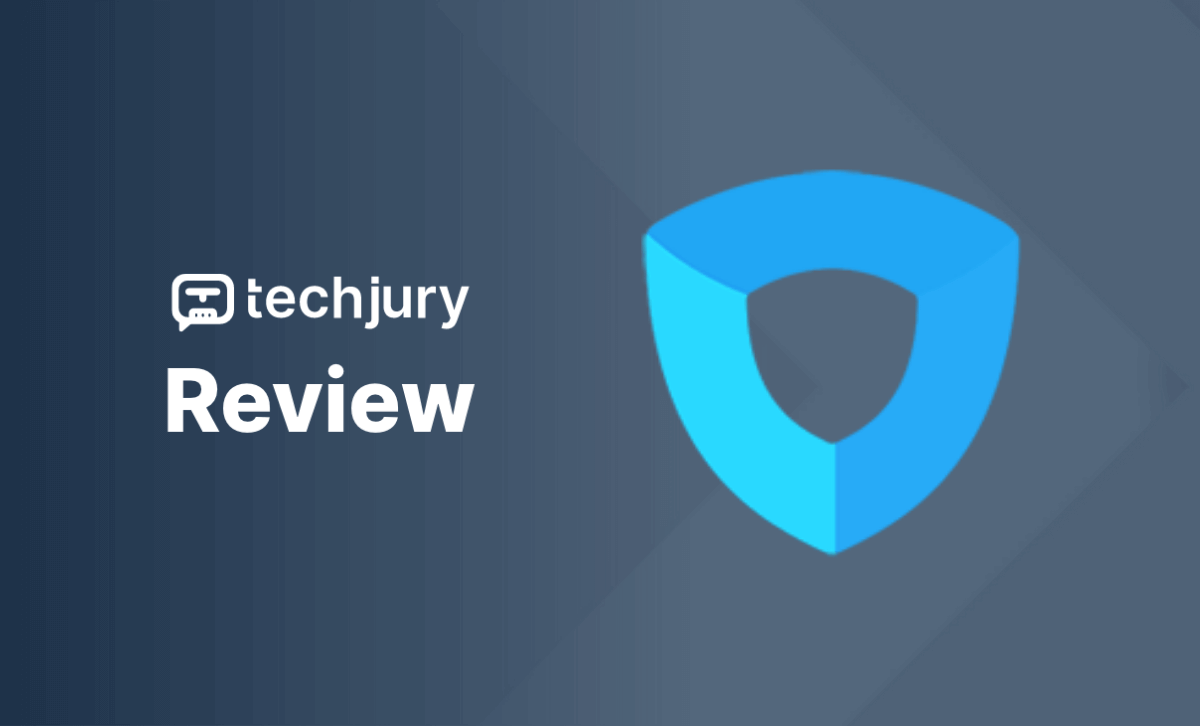 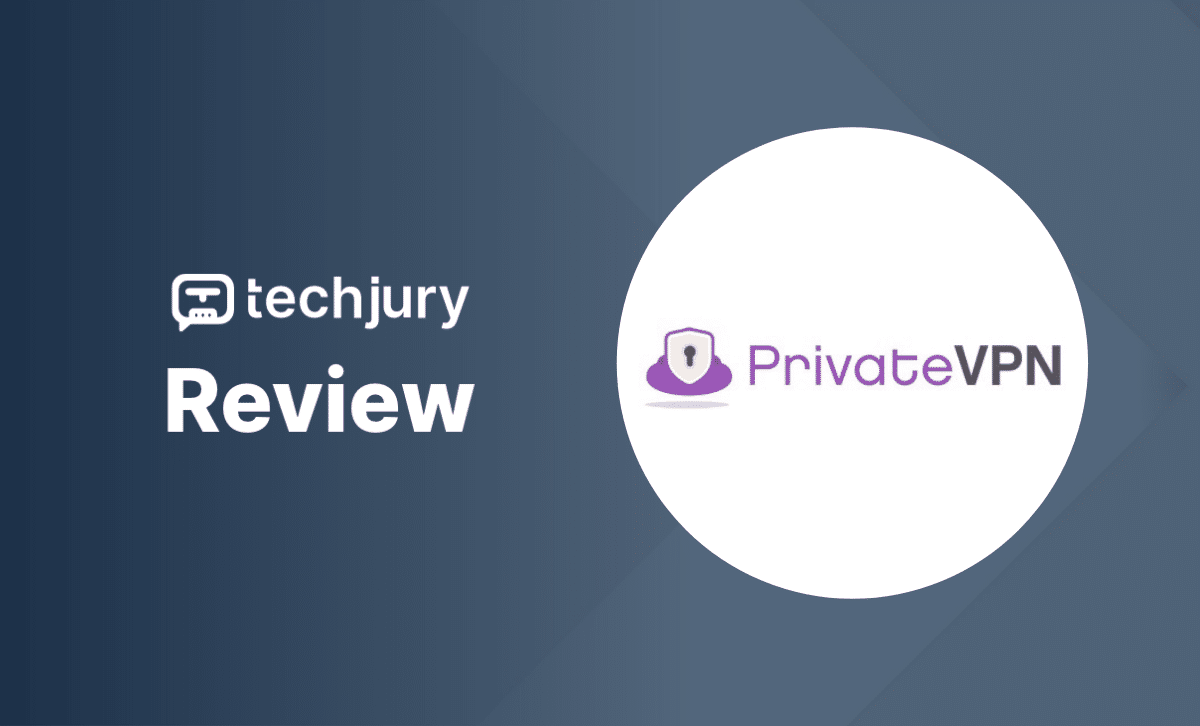 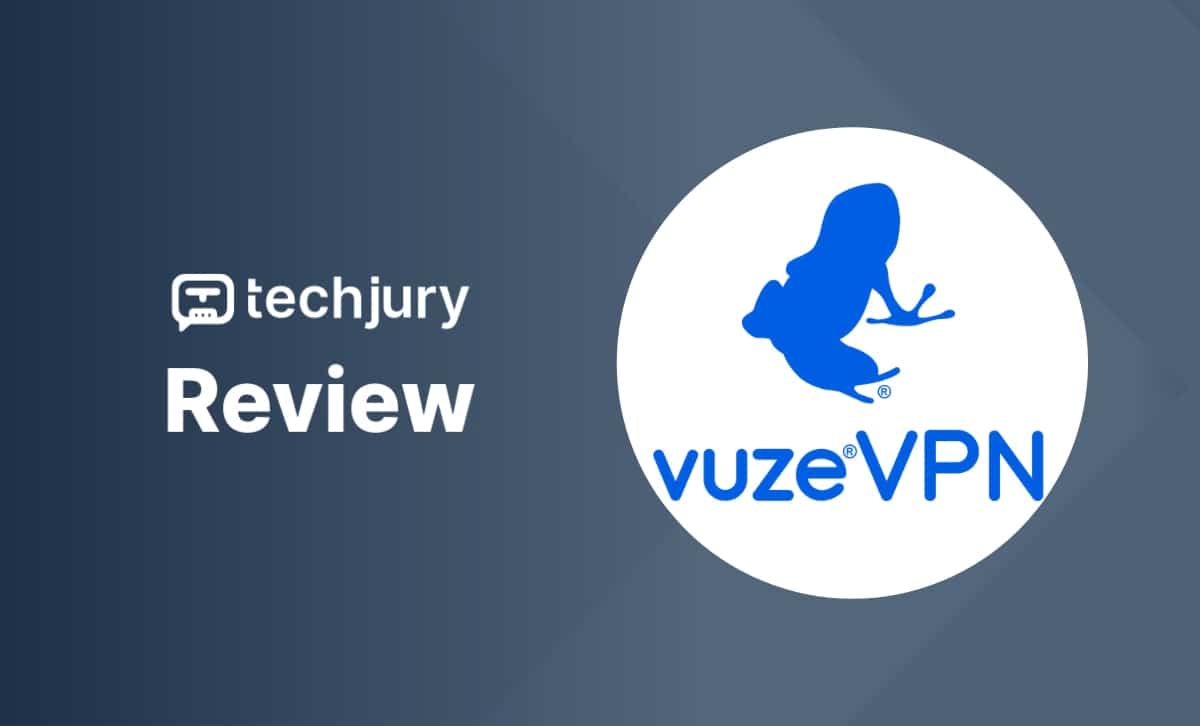 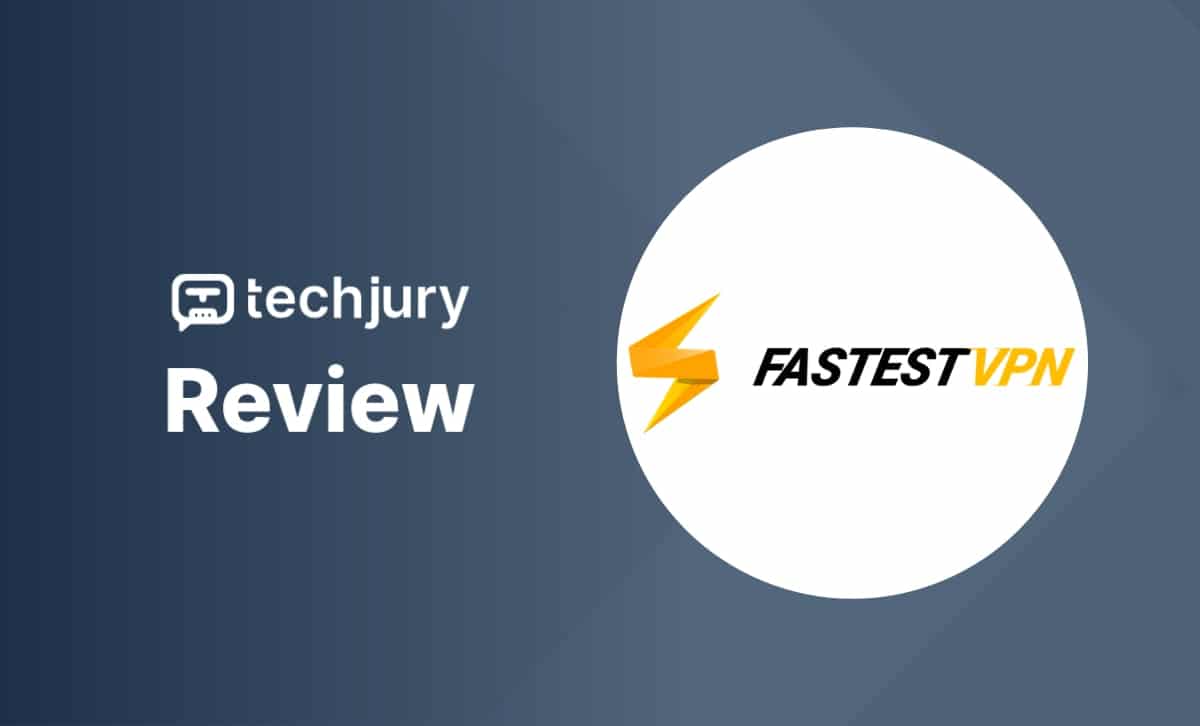