Need a grammar checker, but find Grammarly too expensive? Here’s a cheaper option. Take a look at its pros, cons, and features in this WhiteSmoke review.

Best for: Businesses that communicate with international clients

WhiteSmoke is a professional grammar checker that can take your writing to the next level. It works on multiple devices and has top-notch features.

The company has been around since 2002. Its goal was to provide more accurate professional communication when the internet really took off at the beginning of the millennium.

Since it comes with a multilingual translator, WhiteSmoke checker caters to users from across the world. The feature works for 50 different languages.

While WhiteSmoke can be used by everyone, it has some tailor-made solutions for businesses.

So, what does this checker have to offer and what makes it different from the other tools?

Let’s check it out in this WhiteSmoke review.

How Does WhiteSmoke Work?

It’s a tech that looks closely at the relationship between machines and natural human language. It can understand sentence structures, context, slang, and even brand or product names based on its findings.

Thanks to this, the WhiteSmoke proofreading also suggests style improvements. But what truly makes this program shine is that it can translate your text into 50 languages. The WhiteSmoke languages tool isn’t perfect, but it’s as good as modern AI technology allows it.

The app can’t outperform a human proofreader, but it’s the next best thing.

WhiteSmoke grammar checker acts as a second set of eyes and saves you from sending embarrassing messages to your professor, employer, or client.

It can help you avoid:

And a lot more.

The spell checker’s functions are quite self-explanatory.

The WhiteSmoke grammar app uses a community-generated spelling database, which the company constantly updates with new words and phrases.

Also, it does a great job of distinguishing brand and product names from misspelled words.

When writing, you want the style you use to be consistent. This, however, is not always an easy task.

The WhiteSmoke writing assistant has you covered. It prompts you to make any necessary changes to the text to suit the style of choice.

This can be anything from ensuring you’re using the correct tense to improving the overall flow of the text.

Again, a self-explanatory feature - it deals with missing or awkwardly placed punctuation.

Whether you misplaced a comma, semi-colon, etc. - the app highlights it.

And I gotta admit - the WhiteSmoke punctuation checker works flawlessly.

The app lets you copy the text in your native language, and it’ll automatically translate it for you.

The WhiteSmoke translate feature supports 50 languages. It’s built upon Statistical Machine Translation (SMT) technology that analyzes millions of translations to come up with the most accurate result.

You can use it for anything from social media updates to blog posts.

To be honest, I started this WhiteSmoke review because I wanted to test the plagiarism checker tool.  It checks the Web to see if any parts of your text have been copied.

WhiteSmoke plagiarism checker offers 500 credits to users with one of the three paid plans. If you need more, you can purchase them separately.

WhiteSmoke comes with over 100 pre-made writing templates you can use to create new content in a timely fashion.

If you need more, we suggest you check out our selection of top writing tools.

The WhiteSmoke software has a plethora of tutorial videos you can watch in-app. Yes - you don’t have to switch between YouTube and the app! However, there are also some tutorials available on the WhiteSmoke YouTube channel.

You can learn about English grammar, sentence structure, punctuation, and much more.

Ease of Use and Interface

For this WhiteSmoke writing software review, I tested the desktop version of the app.

The moment you open the program, it becomes evident that aesthetics aren’t necessarily its strongest point. The design and color scheme resembles the one of Windows XP, which isn’t necessarily what you’d want from an app in 2021.

The interface is fairly easy to navigate.

The bottom of the screen shows a score from one to ten. At the top right, you can see suggestions to improve your text. Your activity report will show you a summary of your errors.

The biggest issue with the text checker is that WhiteSmoke only works online. So, while you may have the app installed, you can’t use it unless you’re connected to the internet.

Most user-written WhiteSmoke reviews point to the 10,000 character limit as another big problem. We’re talking 10,000 characters, not words - spaces and punctuation marks, too.

Another issue - the app is sometimes a bit laggy.

So, while the app works well as a grammar checker, it has some limitations. The overall design is also a step down from its competitors.

The WhiteSmoke app is available on Windows, Android, and iOS. It’ll be available for macOS soon as well.

However, you don’t have to download it if you don’t want to. That’s because there’s also a Web-based application.

Quite often, with apps like this, you see a decrease in quality when running on mobile. This isn’t the case with WhiteSmoke. It even proofreads everything you write on other apps!

But that’s only the beginning.

There are also plugins for Chrome, Firefox, Opera, Safari, and Edge. This means it’s available on all popular browsers.

I tested the WhiteSmoke extension for Chrome, and it worked great while I was working on a Google Docs file.

It also has a Microsoft Word integration!

When talking about grammar checkers, you just gotta mention Grammarly. With over 15 million subscribers and 10 million Chrome extension downloads, it’s the most popular option on the market.

So,  WhiteSmoke vs Grammarly - who’s going to be the winner?

One of the biggest differences between the two is that the latter has a free version.

In terms of the premium versions, WhiteSmoke is more affordable, but Grammarly is still better value for money. It works both online and offline.

Grammarly is overall more accurate. Also, the app boasts a better design and is easier to use. WhiteSmoke has a pretty meh interface. On the bright side, the people behind it are constantly working to improve it.

WhiteSmoke is generally an affordable grammar checker for businesses.

To sum up, it all comes down to your budget and what languages you use.

WhiteSmoke has no free version.

But the website says it’s a free online grammar checker?!

Yeah, it’s not true. I was warned by other WhiteSmoke user reviews, so it’s my duty to pass the info on - you will have to pay to use this tool.

Here are the pricing plans you can choose from:

If you get one now, you can use the discount available on the site.

The browser extension includes all the basic features such as grammar, plagiarism, spelling checkers, and the translator feature.

Both the Premium and Business options have all the basic functions, plus one-click instant proofreading and all writing platforms integrations. You can find all other extra features on the WhiteSmoke website.

The problem with pricing plans is that they’re all billed as one yearly payment. Additionally, you can choose to commit for even longer and get a three-year license. But this means you can’t use it for just one month.

Also, WhiteSmoke doesn’t have a trial version. I couldn’t find info about a money-back guarantee, either.

Overall, WhiteSmoke is a cheap alternative to Grammarly. Its translator feature is what really makes it stand out

With its pricing plans tailored for businesses, it’s an excellent solution for companies that are communicating with international clients.

Many users mentioned in their WhiteSmoke reviews the overall design and character limitations to be its biggest drawbacks. I have to agree.

I also really dislike the fact that there’s no way to test the app, before committing to a yearly plan.

To sum up, the pros outweigh the cons. Then again, it’s all down to your budget.

WhiteSmoke is a professional grammar check tool. In addition, it has a translation feature and plagiarism checker. The app also provides pre-made templates and tutorials that can take your writing to the next level.

How much does WhiteSmoke cost?

WhiteSmoke premium is available at several different pricing plans, starting at $5 per month.  Just keep in mind that this is a discounted deal, with the original being $10/monthly. There is no trial or free version.

Which is better WhiteSmoke vs. Grammarly?

Grammarly is generally considered to be the best grammar checker on the market. As mentioned in my WhiteSmoke review, this app only stands out with its multi-language options and affordability. 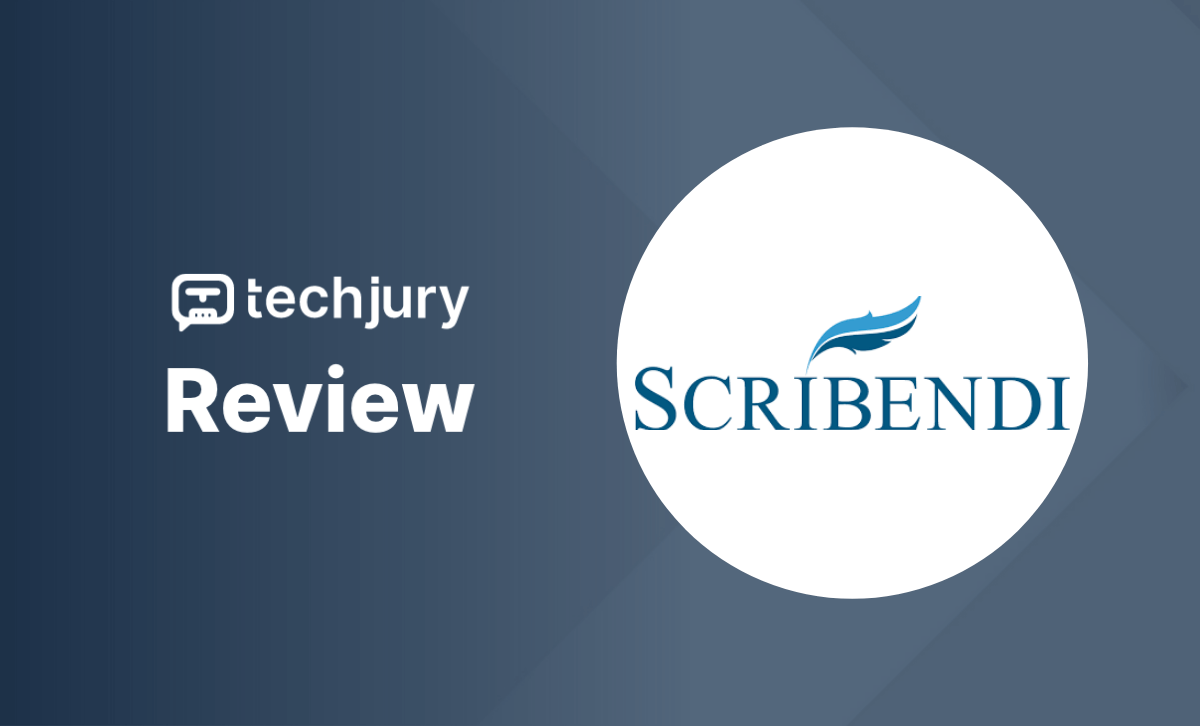 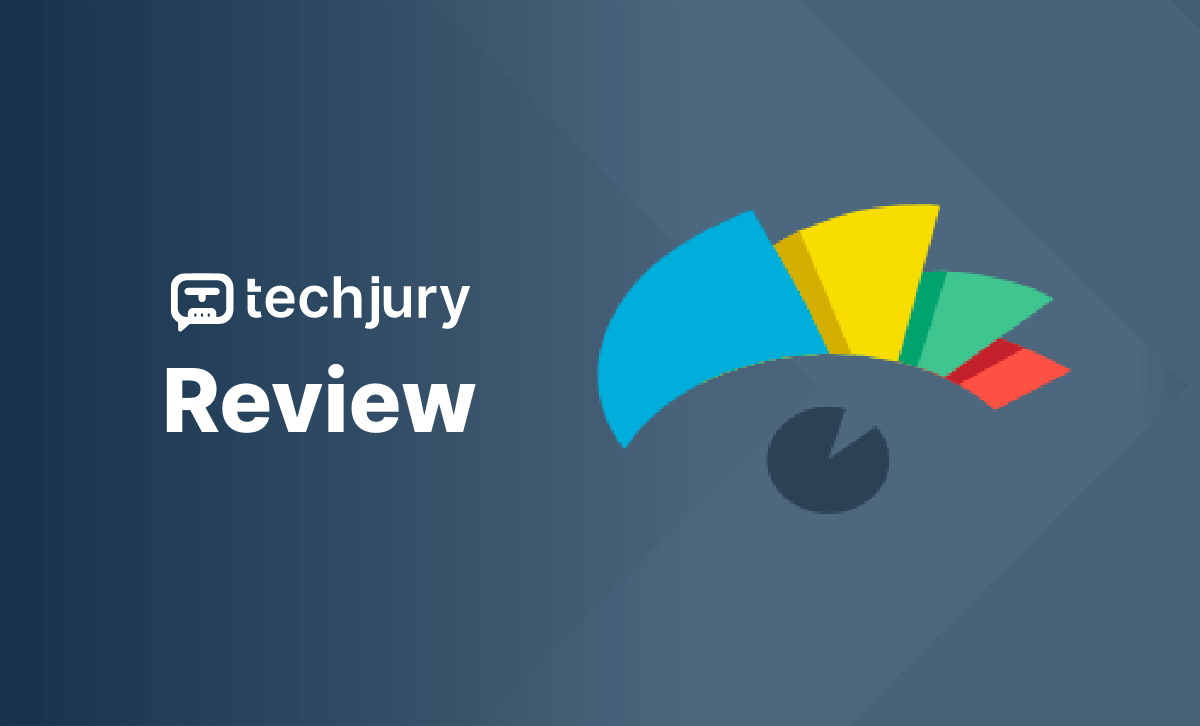 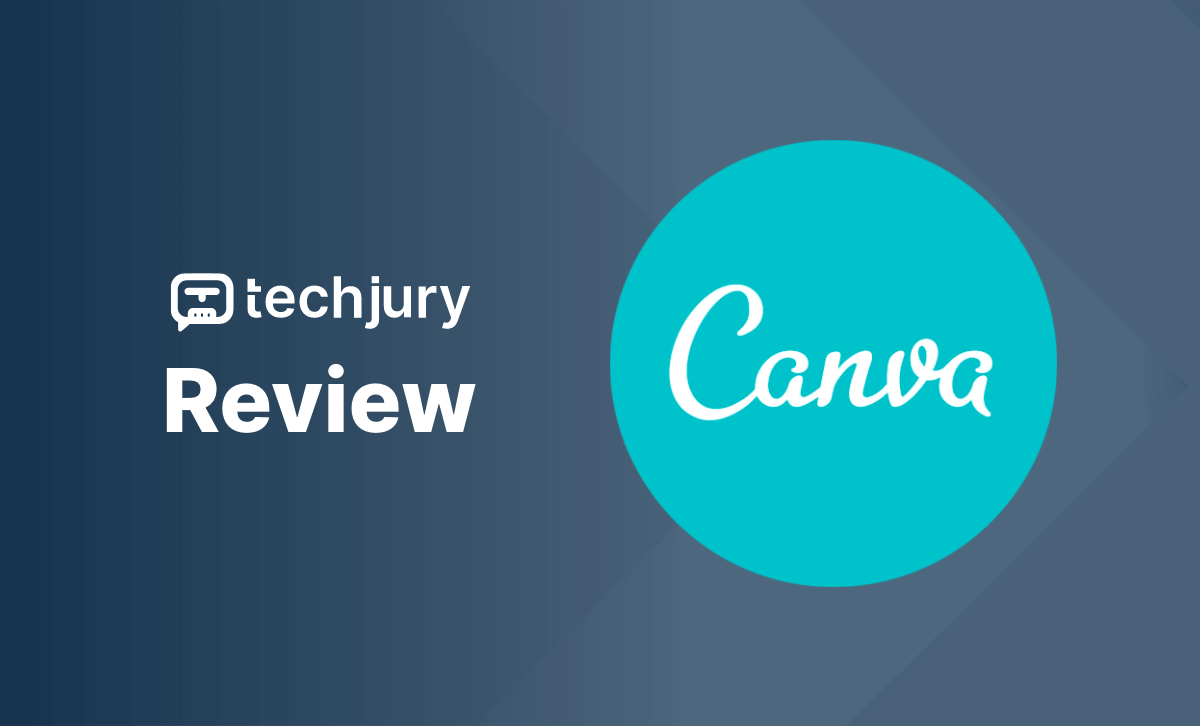 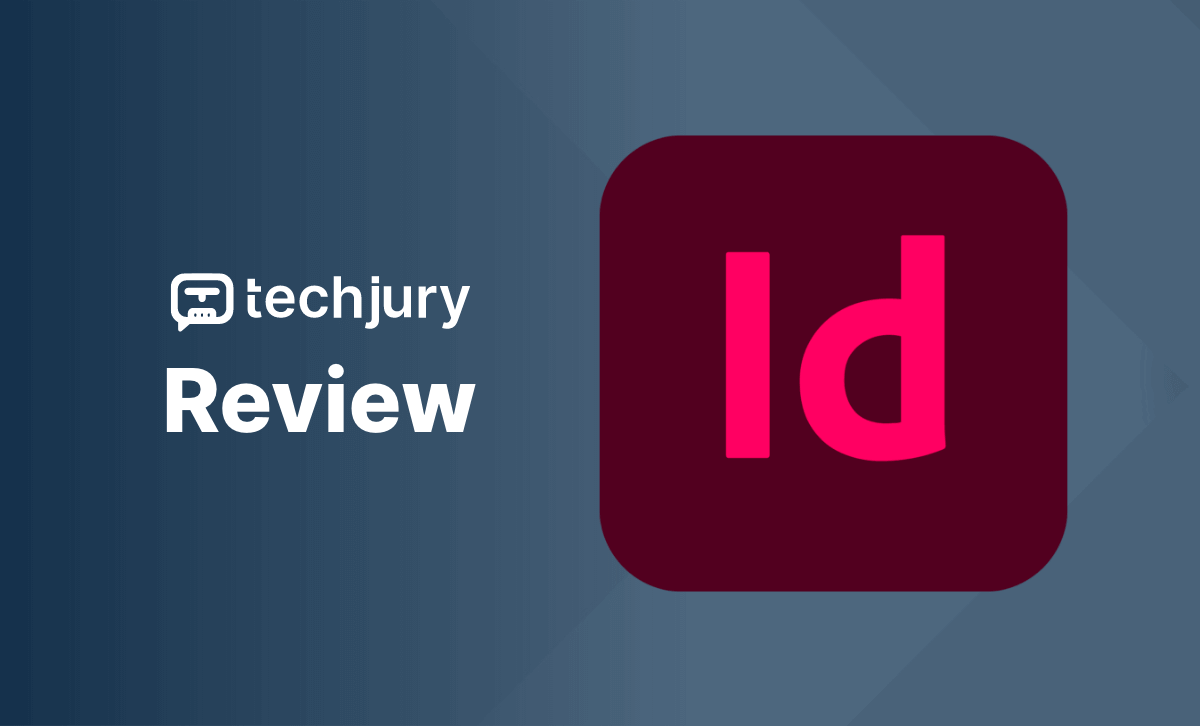 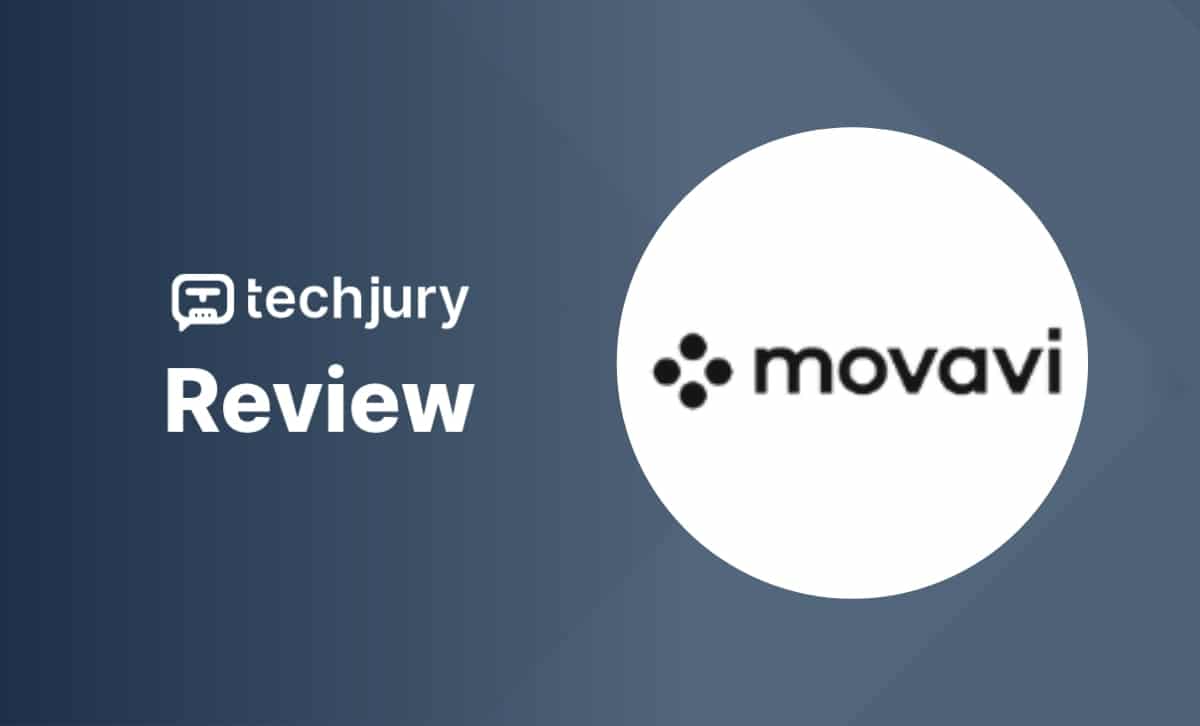 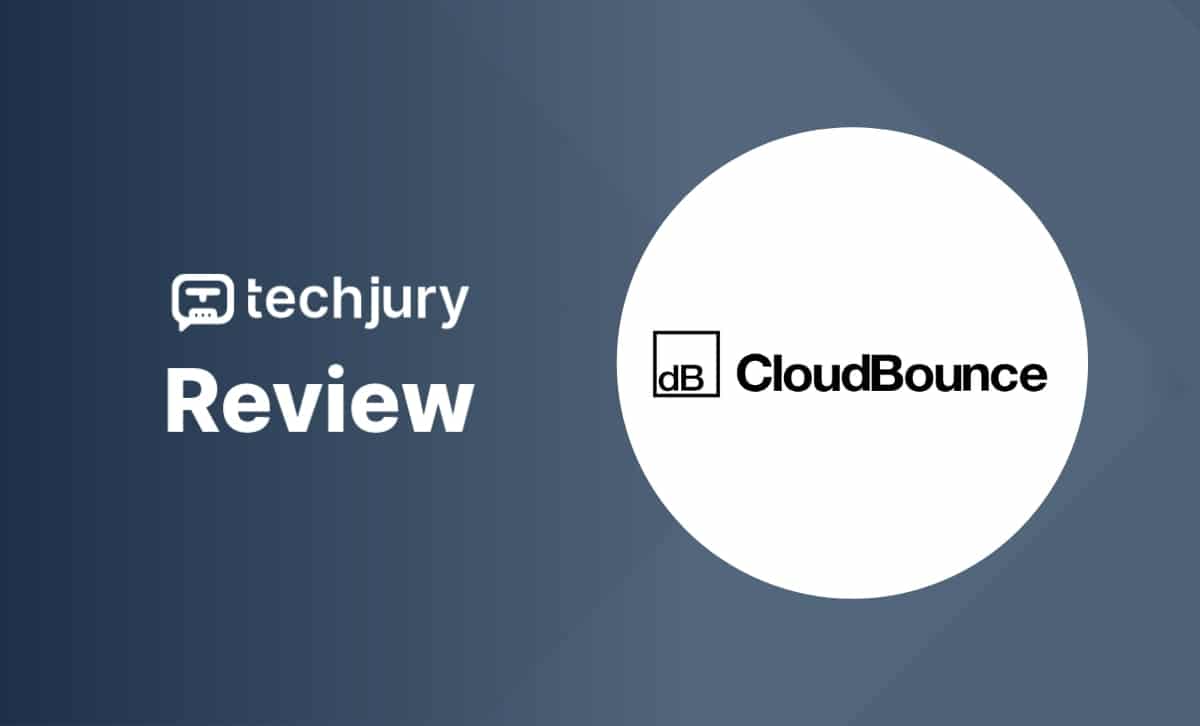