Facebook Live Stats to Boost Your Online Presence in 2020

Facebook launched their live video feature in 2016. Since then, it has made a huge impact on users around the world. Facebook Live enables us to stream our everyday lives, exciting events, or follow our favorite users’ stories as they take place.

Techjury has prepared some Facebook Live stats to show you how it works and why it is important to users and marketers.

We’ve laid the groundwork, now let’s get to some more detailed Facebook statistics.

Starting our dive with some impressive numbers about Facebook Live.

In addition, 66% of marketers name Facebook as their most essential social platform. However, just 49% find their Facebook marketing effective. This explains the growing use of Facebook Live. Creating more engaging video ads is crucial for the 4 million businesses marketing their products on Facebook.

Facebook user statistics show almost 50% of marketers increased their ad-related activities on Facebook in 2018. Additionally, 67% of marketers claimed they would increase their Facebook Ads usage in 2019.

The number doubled in just seven months.  For comparison, in November 2015, Facebook reached 8 billion video views daily. To put this in perspective, those stats amount to 760 years of view time every day.

Back in January 2016, a total of 500 million users were watching Facebook videos every day. A little more than half of Facebook pages have produced all videos. According to Facebook Live stats for 2018, 47% of all pages were yet to upload any video content. Another 33% had just one video in total.

The total number of Facebook users back then was 1.74 billion. That is roughly three and a half minutes per user. No matter how you slice it these Facebook metrics are pretty crazy.

The share of videos, featured on Facebook Live, is growing larger. Users now upload 1 in every 5 videos as a Facebook Live first. This trend is only expected to continue.

4. By April 2018, there were already over 3.5 billion Facebook Live broadcasts.

Nonetheless, Facebook Live’s success comes with a price. There have been at least 50 Facebook live videos showing violence on the platform so far. Facebook failed to bring down at least some of them, leaving them available for viewing even hours after their broadcast.

Facebook is now hiring new human moderators to ensure each live video is safe to watch. It also continues to enhance its AI-driven tools with the same goal in mind.

Facebook Live first became available for a narrow circle of celebrities on August 5th, 2015. It became available to public use on April 6th, 2016. Since then, Google Trends has marked a three-fold increase of people who search for Facebook livestream search.

The spikes in searches mainly come from major events, popular influencers, publishers, as well as New Year’s Eve. December 31st accounts for the biggest Facebook Live activity up to date – in 2018, over 10 million users were live on New Year’s Eve.

Earlier, I mentioned that 4 million businesses have active ad campaigns on Facebook. That’s just a small fraction of the total number of businesses on Facebook. It appears many of them either don’t know how to approach Facebook Live at all, or they’ve yet to find use for it.

No matter their ad efforts, business pages on the platform engage 32% of users. In 2015, such pages received 2.5 billion new comments every month.

Let’s take a look at how all these viewing hours translate into monetary terms.

At the dawn of Facebook Live, the social media giant paid $50 million through 140 different contracts.

Facebook statistics show CNN, New York Times, Mashable, Vox, and BuzzFeed were among the most popular in the list. BuzzFeed and NY Times both received $3 million to promote live video content, while CNN got $2.5 million for the job.

8. Facebook additionally paid $2.2 million to influencers around the world to promote Live.

24 YouTube video creators, Vine popular users, and a bunch of other influencers worked with Facebook on expanding Live’s reach. They streamed regularly for five and a half months, making the feature more popular than ever. More and more users were discovering how to watch Facebook Live and why it was so interesting.

9. In 2018, 97% of marketers stated video helped their customers understand their brands better.

Clever and short video ads are shaping up as the best medium to communicate the benefits of products and services to potential users.

In addition, 76% of surveyed marketers said video increased their sales, and 47% spotted a reduced number of support queries.

The total video ad spending in the US reached $7.85 billion that year. Facebook video statistics state they’ve earned $6.81 billion from video ad services in 2018. A well-deserved first place finish, well ahead of the competition.

This is a 1% jump from 2018, which means the service still finds new room for growth. Additionally, 74% of those using Facebook Live claim it has been a success for their brands.

12. Mercedes-Benz had the most videos streamed on Facebook Live in June 2016.

In the very beginning of the live video service, the majority of live videos were coming from outside the US.  Facebook Live stats show the German automotive company had streamed  38 live videos back then.

To put this into perspective, traditionally-recorded videos only got 2.6 minutes of daily viewing time. In addition, the engagement rate of live video stood at 4.3%, while non-live content was at 2.2%.

14. In 2016, videos on Facebook Live got 10 times more comments than their more traditional siblings.

Things like streaming for specific audiences and quick reactions got Facebook Live a strong start back in 2016. Facebook Live analytics show live videos on the platform got commented 1000% more often than regular ones.

In 2017, Scott Ayres, an author at Social Media Lab, decided to test around 4,300 Facebook users. He tried different approaches to product presentation to see which one will do best.

According to his research, live video did amazingly well. It came up second, just 1% behind photo posts.

Streaming’s sole idea is to follow the action in real time. This is why Facebook Live streams generate more engagement than videos that are no longer live. The feature managed to record some impressive numbers, even though it was in its infant stage back then.

Facebook Live’s promotion rate rose to 78%. It beat non-live videos, where that figure stood at 72%. 40% of regular video views came from sharing the original post.

On another note, only 4% of live broadcasts were posted in closed groups. However, this amount is 20% of all groups’ time on the platform.

18. Facebook usage statistics show Live was the most used live video platform in the US in 2017.

Although Youtube is way ahead in total video viewing hours with its 1 billion hours a week, Facebook Live earns the first spot in the live video race. 17% of US users visit the platform, with YouTube Live coming in close second with 16%. Last is Twitter with 9%.

In its relatively short lifespan until now, Facebook Live has already managed to acquire a few neat upgrades.

Before live video scheduling, Facebook Live probably seemed a bit chaotic. With the additions of calendars, broadcast sharing, and the pre-stream lobby, things finally started to make sense. Users could follow upcoming streams and get notifications some time before they start.

20. Facebook Live added augmented reality filters to the service in 2016.

In similarity with Snapchat’s live masks, Facebook Live enabled users to use special effects during broadcasts. They hoped to raise Facebook live video interest and it seems like it worked.

21. Live streaming with a friend became available in May 2017.

The purpose of real-time broadcasting is maximum interactivity. Or at least Facebook perceives it that way.

In 2017, they enabled Facebook Live with an invite option. Any user could ask a friend to broadcast with them. This was definitely an important step for development as it added another way to boost viewership.

As usual, time to chill with some unorthodox Facebook Live video stats.

22. 85% of Facebook users prefer watching videos with the sound off.

Users can prefer to view in silence for a variety of reasons. Be it not to disturb the ones around them or to concentrate on the visual aspect of it, a whopping percentage of users choose to only watch a video.

23. The most watched video on Facebook Live is called “Chewbacca Mom”.

The first ever live Facebook video was hosted by Mark Zuckerberg himself as he introduced the feature to the audience. He showed viewers around the Facebook headquarters, spoke of future Facebook plans and, all in all, he didn’t look like a robot.

Facebook Live is bathing in the attention of the public. It continues to enjoy impressive growth, regular innovations, and improved video quality.The streaming platform enables countless possibilities for both users and marketers — be it for entertainment or business, live videos are the new king of engagement.

For fun, for profit, or for social influence — this feature carries immense potential. Well, I hope you can use these Facebook Live stats to enhance your online presence. Stream you later! 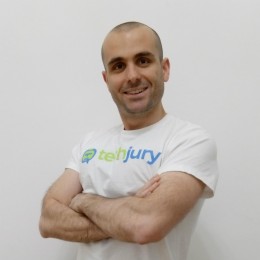 How Much Time Does the Average American Spend on Their Phone?

What Percentage of Internet Traffic Is Mobile in 2020?

21+ Work From Home Statistics That Will Impress You in 2020

The 25+ Advertising Statistics No One Talks About in 2020