In 2020, approximately 3 million robots roam around our factories, doing the heavy-lifting for us.

From an efficiency perspective, that’s no doubt a good thing.

But the image of a never-tired and always precise machine doing everything much faster does raise a question in our minds:

Will My Job Be Automated?

You’re right to wonder if that applies to you if you hold a clerical job. Or if you work on a production line, repetitively doing essentially the same simple task.

It’s time to dive into the jobs lost to robots statistics.

Fascinating Stats and Facts on Jobs Lost To Automation

Let’s look closely at the numbers first, and then decide if you need to be considering options.

The Latest Statistics About Jobs and Automation

Technology is slowly taking over jobs – statistics say as much. Here’s the current state of affairs.

1. We See a 14% Increase in Industrial Robot Jobs Annually.

The International Federation of Robotics (IFR) predicts that the growth of industrial robot jobs will accelerate on average by 14% every year between 2019 and 2021.

13% growth in the Americas

How can you not be concerned about automation driven job loss then, when the mechanical arm stretches across industries?

Look at what IFR said:

3. In 2018 the sales of medical robots increased by 48% compared to the previous year.

We should admit, however, that:

Automation is also expected to boost economies, especially in places with a high percentage of job displacement.

PwC estimates that in both China and North America, AI will have a significant impact on the GDP. The two countries will account for a total of $10.7 trillion or almost 70% of the global automation economy expansion (estimated to be $15,7 trillion, by 2030).

The financial implications automation will have globally, will likely be due to the increased productivity, projected to result in $6.6 trillion and consumption-side effects such as attractiveness, personalization, and affordability, evaluated on $9.1 trillion.

The expansion comes with the prediction that:

This PwC analysis gathers data from 29 countries. Divided into three waves of impact, we should expect ai unemployment to hit women in the financial service sector first. Here, automation is expected to reach up to 30%.

While by 2030 the financial sector will stabilize, up until then men at transport-related jobs will experience the long term effects of AI – with a displacement rate of up to 50%.

6. 20 million manufacturing jobs will be lost to automation by 2030.

The study stresses that if the current rate of technology adoption continues, we can expect many manufacturing jobs to disappear from the job market altogether.

Another analysis by PwC found that:

7. 37% of workers worry they’ll lose their job due to automation.

There are clear indications thаt the employment market is changing. Its pace is even exceeding expectations, and many of the concerns people have regarding their employment seem reasonable.

One thing is certain:

And there are groups of people who are more vulnerable to the approaching transformation of the labor market.

According to PwC, besides the sectors mentioned above – generally, people with lower levels of education will be more likely to have to switch jobs. Higher-educated employees tend to adapt more easily to technological changes, which will allow more of them to remain in the same line of work.

Also, better-educated people are involved in senior managerial roles – we still need human judgment and supervision, so their jobs are least likely to be automated.

A Brookings Institution report adds to the list of big bad numbers, stating that:

8. Around 36 million Americans are at jobs threatened by automation.

Up to 70% of their tasks can be performed by machines using current technology.

Cooks, waiters and other employees in food services; short-haul truck drivers; and clerical office workers are among those with jobs most at risk of automation.

It seems unfair, but history shows the usual victim is always the ordinary man and this scenario is no different.

BBC adds to the blow by reporting that:

10. “Some 1.5 million people in England are at high risk of losing their jobs to automation, according to the Office for National Statistics (ONS).”

The ONS found that 7.4% of the jobs in England are at risk of automation, after analyzing 20 million jobs back in 2017.

Their report predicts that computer programs or even robots will displace people employed as waiters and those in sales.

Could a Machine Do Your Job?

The answer in many cases is a resounding “yes”.

Especially if you’re working in any of the vulnerable sectors such as:

There seem to be people who underestimate how much their job is at risk of automation, according to a CreaditLoan survey. It showed how expectations deviate from forecasts.

11. 54% of people are convinced their job is safe, while the actual estimation showed automation won’t impact only 3,6% of the jobs.

There are certain occupations that will become extinct in the clash between automation and jobs performed by humans.

Still, some argue that:

Technological advancement will create many more jobs to make up for the created unemployment.

A report by the World Economic Forum says that:

The report predicts that although the shift to automation might mean the loss of some 75 million jobs, there’ll be 133 million new jobs created as a direct consequence of the added machine workforce.

It turns out that:

Not long ago the rapid adaptation of Automated Teller Machines (ATMs) had a similar effect on the labor market.

While the bank tellers per bank office decreased, the ATMs lowered the costs of opening new offices and the number of offices started increasing.

This, eventually, led to banks hiring even more employees, including bank tellers.

There was a change, however, and automation impacted bank tellers’ jobs.

They started focusing more on customer relations, as their routine tasks became automated.

Similarly, research by Deloitte concluded that:

The research found that each of the jobs created paid approximately £10,000 more annually, compared to the lower-skilled, routine jobs AI took over.

And that resulted in a £140 billion net boost to the economy.

What we can take from these examples is:

Yes, automation poses a threat to some jobs.

But let’s be honest. Who thrives in an environment of routine and repetition?

Many of us already complain we’re no different than robots at our jobs. Why not, then, let them spare us the boredom, so we can concentrate on the really interesting things?

We can’t be completely certain what effects automation will have on employment and how many jobs that won’t be automated exist. Experts seem to have widely different opinions on that.

But they seem to agree on one thing.

Adopting machines in our industries will create the need to reeducate many of their human rivals.

All About Those Soft Skills: Future Job Augmentation

Experts predict that the employment of the future will revolve around skills our robot fellows don’t have the capacity to pull off… yet (and some believe if they ever do humans are doomed).

As technology starts taking over jobs, we’ll have to start looking for ways to adapt to the new labor environment.

Scientists have made some significant progress in AI development in recent years.

They’ve been able to make machines that perform meaningful tasks even outside the assembly line. They’ve also been able to produce remarkable results in pattern recognition and pattern generation.

But, it’s early to speculate whether “the robots are out to get us all”.

Occupations involving human touch or soft skills are an option for those of us with jobs at risk of automation.

The Jobs of the Future

As mentioned above jobs in sectors where human care and understanding are needed will start becoming more important as automation spreads.

Care for our seniors (Basically, you and me in the not so distant future. There, I said it.) is one of the areas AI won’t have as significant impact as expected elsewhere.

With the global population steadily aging, it’s estimated that by 2030 there will be at least 300 million more people above the age of 65 than there were in 2014.

And that will affect the number of carers as it’s unlikely that their jobs will be eliminated by technology.

Aging will create a noticeable demand for a range of occupations including doctors, nurses and health technicians. And we’ll also see an increase in the number of nursing assistants and home-health aides.

Personal carers, in general, will become one of the most sought out jobs. The forecast expects growth by 50 million to 85 million jobs in the field.

While the emerging economies will most significantly feel the wave of jobs that will be automated, it’s also projected that we’ll see an increase in consumption coming specifically from the new consumer classes of those economies.

Globally, it’s expected this rise in consumption to create between 250 million and 280 million jobs.

Education and healthcare will have leading positions.

Forecasts paint a picture of automation and jobs going hand-in-hand.

The Age of IT Professionals

McKinsey Global report continues with projections that spending on technology could grow by more than 50% between 2015 and 2030. They expect about half of that to come from information-technology services, which will create opportunities for job growth between 20 and 50 million globally.

Those two professions are also expected to see a rise in numbers. Depending on the way the investments in infrastructure and building are developing (and a positive trend is expected), the required specialists could very well grow between 80 and 200 million.

To mitigate the environmental changes we’re facing, we’ll need professionals engaged in the field of solar and wind technology. Based on the forecast of McKinsey Global, this might involved hiring workers tasked with manufacturing, construction and installation jobs in that sector.

Another trend the research considers is the marketization of housework, which previously wasn’t part of the economic equation. Pushed by the growing percentage of the female workforce, jobs like childcare and education, cleaning, cooking, and gardening might see a rise of 50 to 90 million jobs.

So it’s not forecasted that we’ll see artificial intelligence taking those jobs yet.

Since the robots have started taking over (not like in “The Matrix”, though) we see a positive increase in productivity.

Automation can boost the global economy by 1.4% annually according to McKinsey

The research admits that automation will impact economic growth significantly and will propose the mechanization of up to 30% of the jobs globally by 2030. Still, researchers are confident this wouldn’t necessarily mean massive lay-offs.

It could rather propose a transition into new positions and responsibilities for the people with jobs most likely to be automated.

The reality is that willingly or not, we will feel the effects of AI displacement. Job loss to automation is going to happen, and it’s a good thing.

And it’s up to us to decide whether we’ll see automation and future jobs as a challenge or an opportunity.

The future of jobs involves complex, problem-solving attitude. That will certainly require continuous investment in our most valuable asset – our minds.

AI could aid more people in finding their “calling” in life.

And if that involves base jumps, so be it.

Adaptation is key and we all have no choice but to adapt to changes.

So it’s important that we start preparing ourselves, individually and as societies, for the transition already set in motion.

Some will be more vulnerable and will need help in reconciling with the new labor market, no doubt.

Change comes without asking, so be ready and fear not those jobs lost to automation statistics. 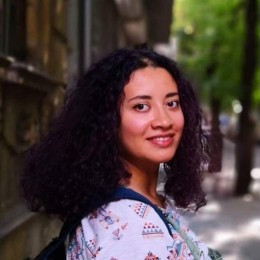 Malvina Vega
I'm a work in progress. An amateur thinker, fascinated by the human mind. Avid hammocks supporter. Hammocks for every home! One curious creature on a crusade against the comfort zone. Currently exploring the ever-changing virtual world. Oh, and in case you were wondering, the answer to the ultimate question of life, the universe, and everything is 42.