Nowadays most people walk around with their mobile phones almost glued to their hands. It seems we really are addicted to our devices. We spend most of our time chatting with friends, scrolling through social media, surfing the Web and playing games, all in the name of keeping our brains entertained. Our eyes are always focused on the small screens and there’s that constant clicking sound that can be heard everywhere.

Here’s an interesting question for you:

What type of apps do you think are most popular?

You’re probably thinking about social media apps or photo editing ones. Or even dating apps, like Tinder, Badoo, etc.

You are wrong. At least according to mobile gaming statistics.

Fascinating, right? In a century, widely dominated by Facebook, Instagram and Twitter, where influencers are thought to be the new voice of brands and everyone and their aunt is taking selfies, games are still the number one favorite type of apps for mobile device users.

So let’s break this down, shall we?

The mobile gaming industry seems to be on top of the game. To prove that, we have some interesting facts prepared for you:

1. 74c of every dollar spent in the app store was spent on mobile games.

It’s only logical. Mobile games are easily accessible, provide quick entrainment and rarely ask for any special skills. You can play while waiting for your coffee or at the queue of your local supermarket. Or when using the bathroom. Hey, we’ve all been there! No judgement.

It helps there is such a huge variety of gaming apps. Most of them are easy and don’t require special skills or knowledge, which makes them perfect for basically anyone.

Mobile gaming growth is already a force to be reckoned with. With future development like AR coming to the mass customer, this trend shows no sign of slowing down.

3. 62% of people install a game on their phone within a week of owning it. Users spend more than 43% of their “smartphone time” playing games.

And to think it all began in 1997, when Nokia released the groundbreaking Snake. In 2002 games were available for download via WiFi and with App Store launching in 2008 they become a staple in every users’ app collection. True addiction-level gaming arrived in 2012, with the release of Candy Crush.

This little game with a simple premise broke the glass ceiling of the profits everyone thought a mobile game can deliver. Unsurprisingly, other big hits followed suit, as these next few mobile gaming stats will show.

Lo and behold, Candy Crush no longer occupies the gaming throne. It has been overtaken by Fortnite and Pokemon Go.

In January, 2020, COD Mobile and PUBG top the charts and Pokemon Go is at 9th place.

At this stage you’re probably wondering:

Usually when people hear the word “gamer”, they imagine a teenage boy, relentlessly playing World of Warcraft. We are all aware of that stereotype. Especially the older generations tend to think games are only for kids and young adults, if that. It’s easy to see where the confusion comes from – for years, young men have lead most gaming fanbases. They are the most vocal, easily recognized group of them all.

If you’re one of those people who think that the same rules apply to the mobile gaming industry, then prepare to be even more amazed:

Most of the mobile gamers are women. Middle-aged women.

Female gamers also play more often and are more willing to pay for games. That makes them more valuable than male players. What was thought to be a male kingdom turns out to be dominated by women.

Yeah, you heard that right. The mobile gaming demographics show that this gaming universe is mainly inhabited by women.

But that’s not all, folks.

That’s hardly the end of the surprises we have prepared for you.

8. Only 8% of mobile gamers are teenagers.

And society here blames teenagers for always being on their phones and never reading books. Hypocritical much?

Here comes the catch though:

9. According to mobile gaming statistics, 85% of gamers do not identify as such. Surprising, considering 30% of all play games daily.

People around the age of 55 don’t really consider themselves gamers, although they still spend a lot of time playing. We are going to blame the stereotype for their unwillingness to show their true colors. Actually, the percentage of older people who have never played a mobile game is under 20%. That comes to show that living in such fast-paced environment has made us all constantly entertainment-hungry.

Now let’s take a look at mobile game revenue by genre. We figured out a lot of people play, but what exactly do they enjoy?

More than half of smartphone users prefer puzzle games. The honorary second place goes to arcade games. Action and racing games are also quite popular, along with strategy and adventure ones. Simulation and word games finish at the bottom of most mobile gaming statistics.

What exactly is a hyper-casual game?

To put it simply, it’s a minimalist game with a simple user-friendly design. They’re engaging and don’t really require above average skills. Good examples would be Helix Jump, Love balls, SpinUp Jump, DunkShot. You get the idea.

Mobile gaming stats suggest their simplicity is what makes them immensely popular among users. Their popularity is only expected to grow in 2020.

We should pay special attention to the aforementioned PUBG and newcomers, such as Dauntless and even Plants vs. Zombies 3. AR technology is becoming more and more popular and is soon to turn into the new craze, once more games are released. It is interesting to see what kind of game revenue they will generate.

We saw the truth about females being more passionate players than males. Next, we found that middle aged people tend to play mobile games more than teenagers. Finally, we pointed out the latest trends among genres and shined some light on the newcomers.

But there’s one more important question we have yet to answer:

Who plays more – the Android or the iOS camp?

11. 21% of the Android and 25% of iOS apps downloaded are games. But 78% of the players worldwide belong to the android game markets.

They are seen as eight times more valuable than iOS players.

13. Ketchapp was the leader among iPhone gaming app publishers worldwide, with 24.07 million downloads in January 2018.

Unsurprisingly, most of the casual and hyper-casual games that users seem to love are available to us because of Ketchapp.

So how much is the gaming industry worth in 2018?

Many claim smartphones are losing their popularity. Their predictions fall short once we see how mobile gaming is taking over the world. Numbers do speak louder than words.

The modern mobile device user mostly uses their phone to play games. The casual and hyper-casual games rule the gaming world, with AR technologies coming to claim the throne. Interestingly, most players are middle aged and not teenagers and most of them are women.

Hope you found these mobile gaming statistics as fascinating as I did! Until next time! 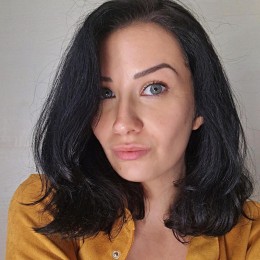