Twitch Stats You Need to Know in 2020

Ever since we invented the computer, we’ve been looking for ways to play games on it. And we got quite good at it.

In recent years, live streaming has completely changed the way we use computer games for entertainment. Social networks have made it much easier to find fellow players and share our gaming experience in real-time. This gave the gaming industry a strong boost and introduced new ways to profit.

The streaming giant Twitch.tv best illustrates the trend. The site is now home to many broadcasters and viewers, who share strong passion for games. This is illustrated by recent Twitch stats which show there are around 15 million daily users. This amounts to a huge online community that presents marketers with a wealth of opportunities.

So we’ve decided to give you these amazing Twitch statistics. They will help you navigate through the fascinating world of live online gaming.

Before we dig deep into the numbers, here are some amazing facts to get you up to speed:

Twitch is taking the gaming industry one step further. Here are the numbers to prove it.

Let’s begin with the stats showing just how big Twitch is for gamers.

1. Twitch is the go-to place for the gaming and eSports community. Its monthly broadcasters count ranges between 3.4 and 4.5 million.

These are Twitch broadcasters stats from 2018 and 2019 (until the middle of April). They mark significant growth from previous years. In 2016 and 2017, the number of unique monthly broadcasters was around the 2 million mark.

Twitch maintains the uptrend by providing broadcasters with different opportunities to make the most from streaming their content. The most obvious feature it offers is the possibility to receive money from viewers in the form of donations.

Still, the Twitch developers have put the effort to add other options as well. Streamers can apply to become either an Affiliate or a Partner. This allows Twitch to cater to both high-profile streamers and complete newbies.

2. Over 1 million were watching content on the platform at any given time in 2018.

3. An average of 46 billion minutes of Twitch streams were watched every month in 2018.

Looking at the monthly spread, we can see the streamers’ activity fluctuates. The peak was in November with 866 million hours, while the lowest activity was in February with 610 million hours.

However, the general trend is that the number of hours watched on Twitch will keep growing.

4. Streamers have millions of followers – Ninja is the leader with 14.7 million.

Ninja takes the top spot among streamers by attracting 14.7 million followers. The second place is for Tfue with 7.42 million, followed by Shroud with 7.07 million.

These are some huge numbers. Especially if you take into account how many Twitch streamers there are. In March 2019, there was a total of 4,463,290 streamers.

Ninja, the most watched streamer, used to spend an average of 9.1 hours live daily, 6.2 days per week before he left Twitch fo Mixer. He has streamed a total of 7,538 hours, accumulating 478,913,888 views. His most streamed game is Fortnite, followed by Battlegrounds and Z1 Battle Royale.

Twitch has truly fulfilled its purpose – to be a global community of millions of video game fans. It doesn’t matter if you want to stream your gaming experience, comment on others, or just watch – Twitch has it all.

According to a Twitch demographics survey, 81.5% of Twitch users are male and 55% of the users are in the age between 18-34.

The Numbers Behind Twitch Growth

Alright, we covered the scope of the platform. Now let’s see the numbers behind the site’s success.

More and more people are turning their back on traditional forms of entertainment. Recent cable TV statistics back this claim beautifully. Still, it’s amazing how many people watch Twitch.

This mind-boggling event happened in August 2018 – smack bang in the middle of summer. Guess kids nowadays spend their summer break differently than I used to.

It also appears that gamers love their routine. Twitch’s statistical data forms all kinds of patterns. Since 2013, the highest monthly peak has always been in August.

Another pattern occurs on a daily basis as well. Twitch peak hours, for both streaming and watching, are between 17:30 and 3:30 UTC.

This was an all-time record for Twitch. It was also the culmination of a long-running trend. The average number of monthly broadcasters for 2018 was 3.4 million. A significant rise from 2017 when it was little above 2 million.

Same as Twitch viewers stats, data about broadcasters confirms that Twitch is growing.

But does this mean Riot Games has the best Twitch stream stats? Well, no. The channel falls behind NINJA when it comes to followers. Riot has 3,581,213, compared to Ninja who has almost 14 million.

It is that kind of bird’s eye view on things that Twitch statistics can provide.

ELEAGUE TV holds this achievement, followed by Fortnite with 700,529. The honorable third place is for PGL with 649,414 concurrent viewers.

None of those channels is the one with most subscribers on Twitch. This goes to show there are different ways to attract an audience. You can rely on single high-profile events, or put in hard work, like Ninja does.

There really is a different ‘winner’ in every category. When it comes to Twitch subscriber count, the name is Games Done Quick with nearly 40k of them.

At this point, Games Done Quick is probably attracting new subscribers just based on social proof from his live twitch sub count.

So, what’s the difference between followers and subscribers? It’s actually quite big – following someone is free, while being a subscriber is not.

The guys from Twitch know that providing paid service is a sensitive topic, which is why there are different ways to subscribe to a channel. This is designed so both streamers and viewers can benefit from this arrangement.

What’s in Store for the Future?

So, we’ve come to terms with how big Twitch is – and that it’s getting bigger. But what is the commercial side of it all?

In addition, half of daily active users spend 20 hours or more on the platform every week.

Twitch audience is among the most engaged when we’re talking about live streaming. This provides a great opportunity for marketers as well. And with Twitch viewership stats steadily growing, marketers will become increasingly interested in the platform.

13. 82% of Twitch users say sponsorships are good for the gaming industry.

Gamers want their favorite players to get something out of it. They understand how important advertising is for the industry.

Furthermore, 80% of Twitch users are open to brands sponsoring a specific gamer or team. With 78% saying they want to see more charity in gaming.

Twitch introduced the Partner Program as the tier above Affiliates. This means members can now open their channels to paid subscribers and advertising. They receive a commission as part of the deal.

Understandably, there is a higher threshold for becoming a Partner. That’s why the number of Affiliates is eight-fold at over 220,000. Still, the new program shows the platform is willing to work with users to help them monetize their efforts – which in turn also aids Twitch’s growth.

There is a pronounced commercial side to the gaming world and Twitch users are OK with it. This opens the doors for more and more brands to promote their products using the platform.

Let’s look at some of the more curious stats about Twitch.

As a really fun feature, Twitch lets you create your own emotes. There’s even a Twitch emote counter, letting you know how many times a certain emote was used.

Finally, there’s even a web page that exists for the sole purpose of ranking the top 100 most used emotes of the day. According to TwitchEmotes.com, on January 19 the most used was HeyGuys.

According to a survey commissioned by Twitch, gamers are more social, family-oriented, educated, successful, and socially conscious than non-gamers.

For example, 10% of gamers are likely to be living alone, compared to 16% of non-gamers.

They’re closer with their families – 76% saying they have a good relationship with their parents, compared to 63% of non-gamers.

The gaming industry is undeniably in its Golden Age. It is expected to reach $180.1 billion by 2021. The gaming community is also growing and people are looking for ways to share their experience.

Twitch has played a vital role in this process. By connecting gaming with live streaming, it struck gold.

The huge and highly-engaged audience it attracts is every marketer’s wet dream – it does well to explain the platform’s financial success. This makes Twitch’s future bright as well.

Alright, that’s it for today.

See you next time! 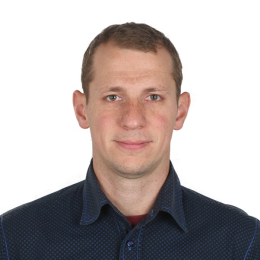