Have you ever wondered just how many people use Tinder these days? And who those people are?

People often struggle to find Tinder statistics as the company rarely releases them of their own accord. Do they have something to hide, or do they feel that the results of using their app speak for themselves?

Fascinating Facts and Stats about Tinder

We’re going to start these Tinder stats by looking at how many people use Tinder. We’ll also look at who those people are by demographics.

1. There are an estimated 50 million Tinder active users

It’s tough to determine how many people use Tinder, although it’s estimated that there’s a total of 50 million active Tinder profiles. The app has been downloaded more than 100 million times on Android’s Play Store alone. It also has over 787.2K ratings on the Apple Store.

Wondering about the Tinder gender ratio? In the United States, Tinder is used by a whopping 76.9% of men, while only 23.1% of its users are women.

4. Tinder is available in 196 countries, with most users being US-based

The Tinder app is available for download in 196 countries. The five countries with the highest number of Tinder profiles are the US, UK, Brazil, Canada, and France.

Tinder is largely regarded as a hookup app, rather than a dating app. But can using this app result in a happily ever after? Let’s see what these Tinder marriage statistics say about this theory.

This next statistic is not exclusive to Tinder. Still, given that Tinder is one of the best dating apps in 2020, it can give you a ballpark idea. As a whole, 13.6% of couples that met on a dating app are engaged or married.

Yep, you read that right. A 2015 study reported that 30% of Tinder users aren’t just in a relationship – they’re married! Of course, the company was quick to respond, saying only 1.7% of its users were married at that time. It has yet to back up this claim with data.

To celebrate 2017’s Pride Month and encourage a spirit of inclusivity, Tinder held a contest that had a prize of $100,000, that was supposed to fund one lucky couple’s big day. The #TinderSuccessStory campaign winners Logan Peters and Ryan Holly met on the app in 2015.

8. Only 4.16% of millennial Tinder users use the app to find a serious relationship

Only 4.16% of millennial Tinder users are looking for love in the traditional sense of the world. The most popular reason for joining Tinder? 44.44% of millennials in this study joined the app for “confidence-boosting procrastination” purposes.

9. The hashtag #tinderwedding has been used more than 1,700 on Instagram

More than 1,700 Instagram photos feature the hashtag #tinderwedding. The photos are a combination of Tinder-themed weddings and tributes to soon-to-be-married couples that met on Tinder.

Tinder is successful, no doubt about that. But how much growth has the brand seen? These next Tinder statistics will answer this question.

10. Tinder is the number one top-grossing non-game mobile app

Tinder booted Netflix off its spot as the top-grossing non-game mobile app. That came as no surprise, as Tinder managed to attract not only more users but more paying subscribers as well.

In the second quarter of 2019, 5.2 million users were using the paid Tinder plan. That’s a 1.5 million person increase from the previous year’s results.

We’re starting to think we’re in the wrong industry.

13. In the past five years, Tinder’s combined annual revenue has grown 920%

Tinder’s impressive growth statistics aren’t anything to scoff at and can’t be attributed to luck or fluke. Toptal predicts further Tinder growth of up to 25% for this year.

Other than its paid Tinder option and a la carte purchases, the company has other sources of income. What are those, you might ask? They allow for Tinder ads, of course!

15. The first sponsored ad campaign to run on Tinder was #Whatever

Tinder’s first sponsored ad campaign was Budweiser’s #Whatever USA campaign. The response was unprecedented, and the brand’s engagement levels rocketed.

A Tinder campaign, initiated by the Bartle Bogle Hegarty team, resulted in 4,700 adopted puppies. While the results are incredible, the cost of such а campaign can be high.

Tinder is notoriously secretive about its inner workings. This is why the prices of its advertising services aren’t public. However, most advertising campaigns are reported to cost upward of $5,000.

18. More than 20% of Tinder users swipe right on brands

Those brand profiles pop up on a user’s screen and statistically, 20% of users swipe right to receive promotional content from the brand. And although 93% of marketers still use Facebook to promote their brands, Tinder appears to be a great place for promotions.

19. Ads served through Tinder are 7 times better than banner ads

Massive reach aside, why do so many marketers want to advertise on Tinder? According to Facebook, Tinder ads are 7 times better than banner ads, that’s why.

The premise of Tinder sounds simple enough – create a profile and swipe right on the people you like & swipe left on the ones you don’t. But there’s a bunch of Tinder features that help improve results beyond this simple concept.

People spend A LOT of time swiping and so a reduced swipe time is desirable. The Gold plan displays all the users that have liked your profile. This way, you don’t need to spend extra time swiping if you don’t want to.

21. Older users pay $10 more per month for Tinder Plus

Tinder Plus allows users to surpass the like limit found in the free version, resulting in more matches. If you’re 28 or younger, you’ll pay $9.99 per month. If, however, you’re creeping closer to 30, the price jumps to $19.99 per month.

22. Conversations started by a Super Like are 70% longer than regular conversations

The Super Like feature results in conversations that are 70% longer. It also triples your chances of matching with someone. Free Tinder users get a sole Super Like per day, while Tinder Plus and Tinder Gold users get as many as five per day.

23. Tinder Lite is 25 times smaller than the regular app

Tinder Lite offers all the same features and functionality of the regular app. Nevertheless, it manages to fit everything in a 25 times smaller package. In addition to its smaller size, it also reduces data usage by 20% and is 25% faster.

We hope you’re enjoying these Tinder stats so far. Now let’s get ready to dive into the world of Tinder match statistics.

24. 30 billion Tinder matches have been made to-date

Since its inception back in 2012, a staggering 30 billion matches have been made on the app.

Dating app users tend to act quickly. Tinder states that 95% of its users meet up with their matches 2 to 7 days after matching on the app.

During April of 2015, more than 26 million matches per day were made on the app. These matches were the result of users swiping through approximately 1.6 billion Tinder profiles.

27. Monday between 6 pm and 9 pm is the most likely time you can get a match

The time of day that you use the app influences the likelihood of matching. Monday evening between 6 pm and 9 pm is the best time to swipe if you want to make more matches.

28. Only 7% of men message after matching

Only 7% of men are likely to message after matching. However, out of that admittedly small percentage, 63% of men message their match almost instantly – within five minutes of matching.

Before we wrap up our FAQs, here are a few fun facts about Tinder.

If you think only young people use Tinder, think again. A surprising 4% of Tinder users are older than 75 years of age and most of them are male. You go, gramps!

30. The company that owns Tinder claims more than 25% of the dating app market share

You probably know that The Match Group owns Tinder. But you probably didn’t know that it owns 45 other brands, including Match.com, OkCupid, PlentyOfFish, BlackPeopleMeet, and Meetic. So, Tinder’s competitors aren’t really competitors –  more like sister companies.

If you ever find yourself doubting whether Tinder actually works, let their impressive statistics about confirmed dates ease your mind. 1 million dates are arranged on Tinder weekly.

Tinder reports that its users make up to 1.6 billion swipes per day. On top of this, 56% of all users use the platform on a daily basis. What’s more, the majority of them check the app multiple times a day. Still, that’s to be expected considering that 58% of smartphone users can’t go even one hour without checking their phones.

That’s a lot of Tinder swiping, to say the least. We expect to see an increase in thumb strength and mobility over the next few years.

Statistics on the Trending Dating Apps in 2020

Still, as of June 2019, Tinder had the most downloads at 3.28 million. But Tinder competitors are catching up quickly and have had impressive runs of their own. Below are statistics on the best dating apps in 2020 and the industry as a whole.

Members of the LGBTQ community are looking away from Tinder to meet their partners. Grindr was downloaded 2.54 million times in 2019.

Bumble was downloaded 2.54 million times in 2019 and now has 55 million active users. Apparently, Tinder has some worthy competition.

36. There are more than 1,500 dating apps available for download

As dating apps become more popular, it starts to feel as if new ones pop up on a daily basis. In 2019, 1,500 dating apps became available for download.

It’s another matter which of those 1,500 apps will stand the test of time. Your guess is as good as ours.

This is a record number, as there’ve never been so many dating apps that generate at least $1 million in user spending. Apparently, online dating apps did really well in 2019. Even more impressive, half of those 18 apps earned more than $5 million.

Before we wrap up this Tinder statistics article, there’s yet another topic to address. Some people are looking for a little more than what Tinder has to offer. Let’s answer their questions as well.

What is the most successful dating site?

There have been plenty of top dating apps and sites in 2019, but the most successful is PlentyOfFish. The dating site is used mainly in the US, Canada, UK, and Brazil by its 100 million registered users.

After reading these Tinder stats, you now have the answers about how many people use Tinder. You also know how they use it & why.

So tell us: will you be leaving Tinder behind in 2020, or is this an app you intend to keep? 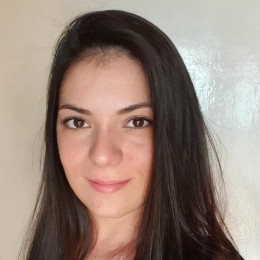