Once upon a time, in our very own galaxy, the first-ever commercial arcade game Computer Space was released.

It was a stepping stone and it had to prepare the world for what was to come - the video game mania.

The craze hit the world just a year later, in 1972, with the release of Pong, which was - you guessed it - an arcade version of ping pong. Since then, the video game industry has taken the world by storm and its revenue is only growing.

Which made us ask ourselves - how much is the gaming industry worth?

We’ve got you covered.

How Much Is the Gaming Industry Worth? Think Billions

Those are some impressive numbers, right?

Let's check out the latest data!

How Much Is the Gaming Industry Worth 2022 Statistics

To keep you up to date about the recent happenings in the industry, we have compiled some of the best statistics on the video game industry revenue for 2022. Let’s dive right into it!

According to stats on the video game industry revenue by year, the market is forecast to grow at a rate of 2.29% annually from 2020 to 2024.

According to gaming industry statistics for 2021, immersive gaming, also known as VR gaming, is about 20 times more interesting than traditional games. Companies like Bigscreen VR and AltspaceVR (two of the big shots in the industry) are fast progressing into the future of virtual games, faster than many expect.

4. Asia-Pacific lays claim to the largest revenue from gaming worldwide.

According to gaming industry stats, the Asia-Pacific gaming revenue is estimated to amount to over $174 billion by 2021. Reports further show that about $72.2 billion was generated by the Asian game market alone in 2019. This is twice that of the North American gaming market.

5. China is the country with the largest video games market globally.

According to gaming industry statistics for 2022, China ranked first among the biggest gaming markets in the world.

6. In 2020, the console gaming market experienced its slowest growth rate since 2015.

There’s a light at the end of the tunnel - the release of Sony's PlayStation 5 and Microsoft's next-gen console last year can turn the trend around.

In 2021, mobile games accounted for almost 50% of the worldwide video game revenue, and things don’t look to be slowing down any time soon.

The mobile penetration rates and gaming smartphone usage continues to skyrocket on a global scale.

Razer is well-known for its gaming accessories and peripherals. Reports indicate that the eSports company has shown keen interest in the growth of the Singapore gaming market. In a bid to bolster the gaming niche in the country, Razer is looking to underwrite gaming companies and eSport teams based in the country.

Many suffered due to COVID-19. The gaming industry was not one of them.

The video game industry revenue grew so much during the pandemic, that experts predicted a $179.7 billion revenue by the end of 2020.

But the reality was a bit different.

By the end of 2020, the video game market actually generated a value of $162.32 billion in revenue. Although not too far off from expert predictions, it is still a bit disappointing.

This growth is expected to continue in the coming years though.

We want to thank the star of our show - smartphones. We’ve already established that mobile gaming is taking over the world. Their part of the market share is expected to grow by 59%. PC games are predicted to generate $32.3 billion in profits in 2021 and to have 19% of the global games market. Console games, on the other hand, will get 22%.

But what type of video games do people play, and which are the most popular?

We have more surprises prepared. You know how your grandma just adores Solitaire? Well, she’s not the only one.

Puzzles, arcades, simulations, lifestyle, and bingo-like games are all the craze.

Users like simple games that take little time to play. Those are known as hyper-casual games and include titles such as Love Balls and SpinUp Jump.

We asked Yoda to tell us how much the casual gaming industry’s worth is.

Let’s talk about esports though.

What exactly are e-sport games? Techopedia defines them as “competitive first-person shooter games, large online multiplayer role-playing games, or even primitive logic or action games, as long as there is a competitive element.”

Come on, ask us how popular they are and how much of the video gaming industry’s revenue do they generate. Please.

13. The global esports audience is expected to reach a total of 456 million people.

Okay traditional video streaming services, step aside for a bit - there is a new sheriff in town. Platforms like Twitch are killing it in 2022.

Venues can hardly hold everyone willing to attend. Overwatch and LoL leagues are even supposed to have their own venues built in the future. Even now, there are new esports arenas under construction - the LCK Esports Stadium in Seoul, Full Sail University’s arena in Florida, and also one in Richmond, Canada.

We never thought we’d get those numbers when researching how much the gaming industry is worth.

Now that we’re aware of how many people are diehard esports fans, it is hardly astonishing that

This impressive number is due to the fact that there is money flowing towards the esports industry from advertising, sponsorships, and media rights. We’re talking about huge brand investments.

Due to the growth in the video game industry size, revenue numbers are expected to reach Can’t wait to see it happening!

Figures collected by GamesIndustry.biz also revealed Call Of Duty: Black Ops Cold War to be the number one selling game in the US. Animal Crossing: New Horizons was the top in Japan.

16. Activision Blizzard was the largest video game company in 2021.

Right behind is Japanese giant Nintendo, with a 64.73 billion market cap as of March 2021. They have created some of the most popular video games, including Animal Crossing and Mario Cart.

EA is third in line, with an estimated value of $37.43 in March 2021. They are responsible for FIFA and Star Wars games.

How about we now proceed to clear the stage for some of the lesser-known names? After all, the indie gaming market deserves its 5 minutes of fame too.

Are you wondering what exactly does an indie game mean?

Indie comes from ‘independent’, meaning they don’t belong to any of the big sharks in the industry.

They have been on the market for a long time, overshadowed by the giants. Still, they are slowly and surely making a name for themselves.

And if we haven’t blown your mind with the size of the video game industry yet, then prepare for your jaw to hit the floor.

It turns out that the video game industry makes more money than Hollywood.

17. The profits from ticket sales are expected to reach $41.7 billion.

Netflix’s chief executive Reed Hastings even admitted he sees Fortnite as bigger competition than HBO. Seems like the new generation prefers actually partaking in the action, not just watching it on the screen.

There was a huge video game industry growth in 2019 and 2020 due to the pandemic.

Although the growth in playtime was spread across all demographics, the most surprising

And if you’re wondering what this demographic’s most popular video games were, you might be pleased to find out that ‘Animal Crossing: New Horizons’ ranked top of the list.

The Future of the Gaming Industry for 2022 and Beyond

19. EA is looking to join the cloud-gaming service.

Gambling is loved by millions of people. Stats on the future of the gaming industry show that 3D games, VR casinos, and live dealers, among others, will soon be introduced into the gaming industry. The use of VR headsets will allow users to experience online gambling as though they were in a real-life casino in Vegas.

21. We will be seeing more remastered games and game remakes.

Stats on video game trends show that this year, games like Final Fantasy VII Remake, Resident Evil 3, and XIII Remake are in the making. Reports go further to indicate that although the younger generations will pick interest in these games, those who grew up playing these games are the primary target.

22. High-fidelity mobile games are on the rise.

Many game developers are becoming interested in creating graphics that are ultra-realistic. In 2016, high-fidelity games accounted for about 5% to 10% of the top mobile games in western countries. What’s more, stats on video game trends show that China tops the high-fidelity mobile game category in terms of revenue.

We already mentioned that Microsoft and Sony released their new consoles during the late part of 2020.

24. Studios are set to experience the benefits of merging their marketing and monetization teams.

With advertising becoming a very important source of revenue for gaming companies, many game studios aligned their marketing and monetization units into one single team. This began in 2019, mostly in gaming companies that deal with casual and hyper-casual games.

According to gaming industry statistics for 2022, it is expected that this current development will usher in a more effective working environment, which will ultimately lead to the growth of a company.

25. Video game spectators are expected to take over gamers.

The growing gaming industry size has led to the emergence of a new spectator market. Gaming is becoming quite a spectator sport.

Studies have shown that people between the ages of 18-25 are more interested in watching gamers play in virtual spaces, as opposed to watching regular sports broadcasts.

It is expected that by 2022, the number of spectators will overtake the number of gamers. This is because video game trends suggest a 90% growth in the audience.

So, what’s the outtake from all of this?

Sony Interactive Entertainment is the rich kid of the video game companies. As an industry, it is bigger than even Hollywood.

Did we manage to give you an answer to how much the gaming industry is worth? We are honestly surprised by all those big numbers and we hope you found them as entertaining as we did! Till next time!

How much was the gaming industry worth in 2022?

How much is the gaming industry worldwide?

22 Eye-Opening Volunteering Statistics to Know in 2022 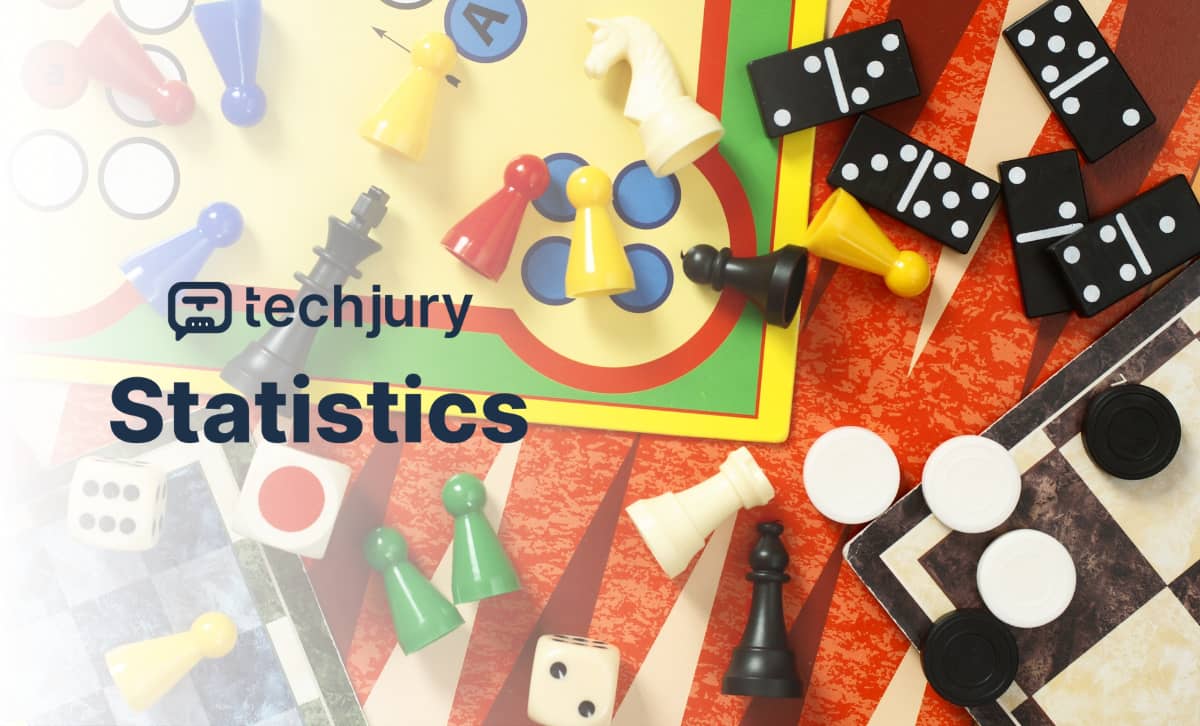 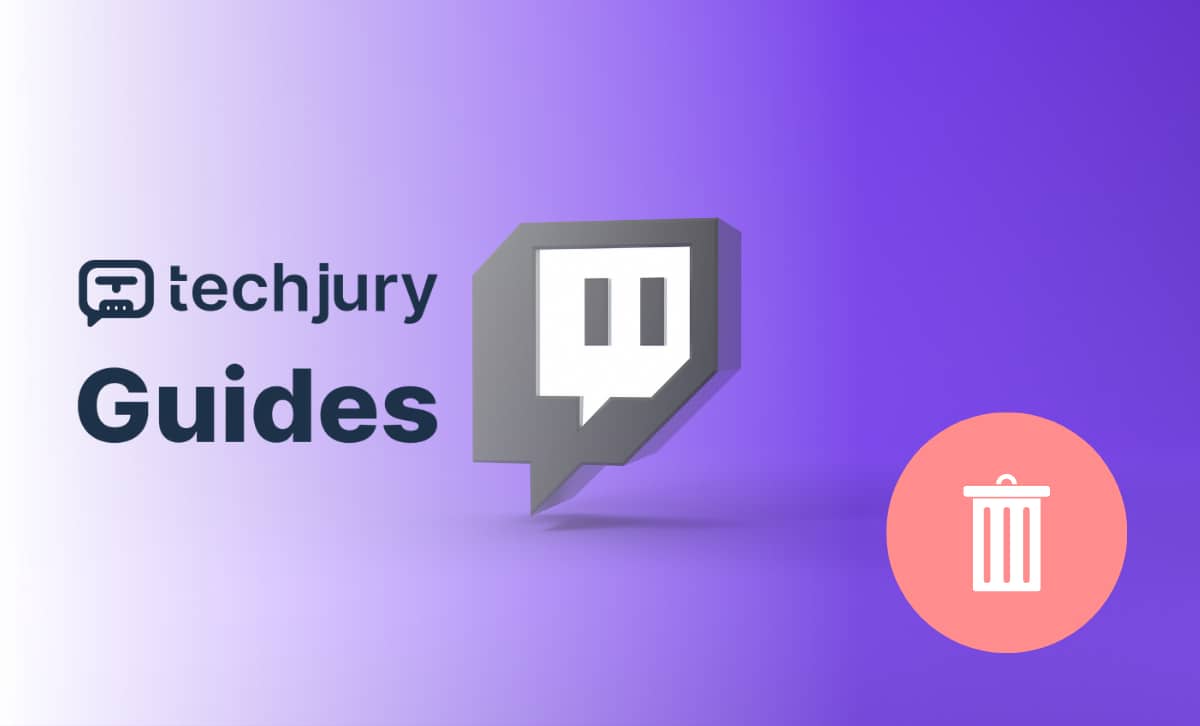